The Brexit psychodrama is going exactly as expected 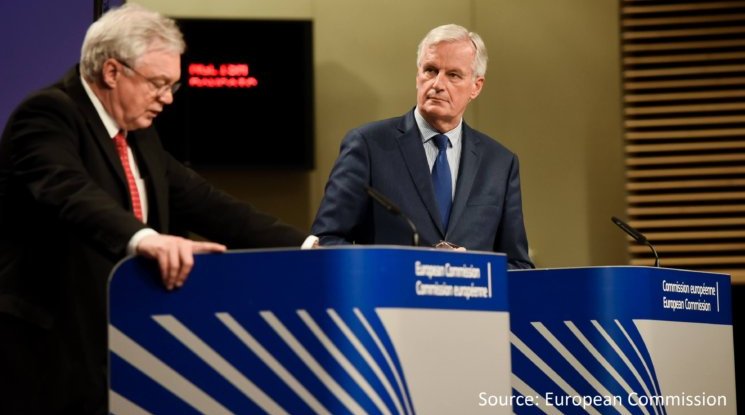 So far, the Brexit negotiations between Britain and the EU have been entirely predictable.

Despite the contemporary tendency, so aptly described by Stephen Bush in the New Statesman,to describe things that were obvious as “shocks” or “blows” to Britain, the Brexit talks have, to date, progressed pretty much as any long-term observer of European politics would have assumed they might.

Take the so-called “Brexit bill.” The EU is not, with apologies to Boris Johnson, the UK’s Foreign Secretary, about to “go whistle.”

Rather, the UK is beginning to soften its position. Talks, as one recent report in the Financial Times put it, are now progressing from whether the UK should pay to what it might eventually cough up.

And once this line in the sand is crossed, prepare for others to be breached, as the UK government comes to publicly accept what everyone has long known: that money cannot be used as a bargaining in chip in talks over a trade deal.

Not only does the sequence the EU has insisted on imply this, but the money will have been signed and sealed long before any trade deal is negotiated — let alone ratified.

The British government needs to move on to trade talks, and so it is under enormous pressure to move on the money. And once the “Article 50” business is done, there will be more bowing to the inevitable.

Already, Brexit secretary David Davis has begun this next long march, suggesting the UK is willing to accept the jurisdiction of the European Court of Justice in the “first part” of any transition deal. Again, this was inevitable.

The EU has long insisted that the only possible transition arrangement would be a “standstill” one, involving continued compliance with EU law. For all its complaining and public reluctance, the UK is inching towards acceptance of this fact, too.

Which brings us to the latest “shock'”: Politico’s “scoop,” based on a leaked Commission document, that the EU will only offer the UK a Canada-type trade deal — which would leave Britain outside the single market and would hit financial and other service industries that are so crucial to Britain’s economy.

But of course they will. And not because of some peculiar pigheadedness, or blindness to economic cost on their part, but because of the UK. Given that Britain has ruled out membership in a single market and the customs union, Canada is literally all that is left.

Obviously a trade deal along these lines would be less than perfect. Clearly, it implies a lot of disruption for trade in services — crucial to the UK’s economy. And sadly, it also implies tariffs and border checks.

That a Canada-type arrangement is not ideal when it comes to preserving trade levels is blindingly obvious. But, as the EU Commission has maintained from the start, a country is either in the single market and customs union or it is not.

The idea, still touted by some, that “partial membership” involving certain sectors might be a possibility is fantasy. Apart from anything else, how can one differentiate so neatly between different sectors of highly integrated modern economies?

So we’ve arrived at the place we’ve been headed toward since Prime Minister Theresa May laid out her red lines about the European Court, free movement and the customs union at the Conservative Party conference last year.

The only uncertainty is whether she has the political strength to see her plan through.

By Professor Anand Menon, Director of The UK in a Changing Europe. This piece originally featured on CNN.