The Brexit-sized hole in the future EU budget 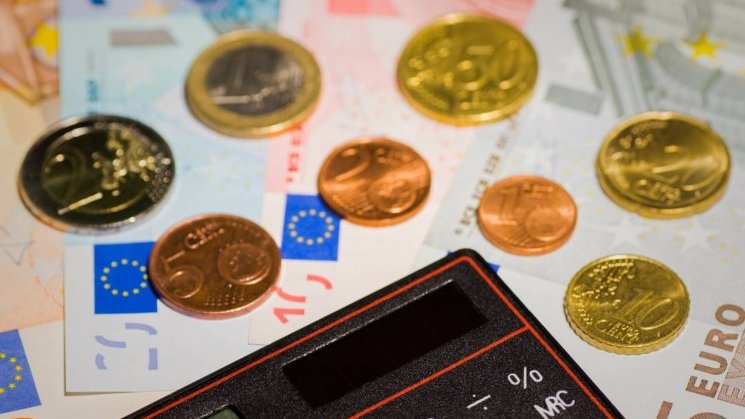 Have you ever wondered why the European Union was so insistent on the UK paying a sizeable divorce bill? There are several reasons behind the narrative about holding the UK to its obligations. Consider the two below.

First, the UK is a net contributor to the EU budget, so there will be a revenue shortfall after it leaves. Under the current Multi-annual Financial Framework (MFF), setting out plans for spending over several years, EU funding is committed to the end of 2020 and a proportion of the bills for the 2014-2020 MFF will, quite properly, only be due for payment a number of years beyond the end of the period. There is an understandable expectation that Britain should contribute here.

Second, over the next couple of years the EU will, in parallel with Brexit, have to negotiate the next MFF, likely to run from 2021-2027. These budget negotiations are invariably difficult and acrimonious, setting member states against one another, and almost always resulting in a messy compromise.

The MFF negotiations are tough because they have to reconcile conflicting demands from member states and sectoral interest groups about how much to spend on particular programmes, while also keeping the net position of each country within politically acceptable bounds.

There is always talk of focusing on expenditure with “European added value,” alongside the much more cynical calculus of the return to each country. Indeed, in the French expression commonly used in Brussels when discussing net contributions, juste retour, the word juste can be translated in two ways that reflect the underlying politics: as “fair’ or “exact.”

Britain’s gross contribution to the EU’s revenue—after deducting the rebate to arrive at what the UK actually “sends to Brussels,” as opposed to what you might have seen on the side of a red bus—has been of the order of €16bn in recent years, with some €6bn coming back through EU spending in the UK, principally on farm and fisheries support, regional development and research grants. The net UK contribution of around €10bn is the Brexit-sized hole in an EU budget which pays out around €140bn per year.

Without this €10bn net contribution, either other countries would have to pay more—good luck explaining this to the Swedes, the Dutch or the Danes, let alone the Germans—or the EU would have to scale back its spending, upsetting the central, eastern and southern Europeans.

A “divorce” payment of €40-50bn will enable the EU to cover this shortfall for a few years, greatly easing the task of negotiating the next MFF. Other EU leaders may also hope to persuade the UK to continue paying in, as Norway and Switzerland do, in what is sometimes labelled a single market “access fee.”

Could this be yet another tricky issue for the proposed transition after the formal exit of the UK in March 2019?

The usual sequence in MFF negotiations is for the European Commission to make a first set of proposals (currently scheduled to come out in early summer 2018), typically triggering pained reactions from all sides, then for there to be an extended period of haggling at successive meetings of EU finance (and certain other) ministers.

The aim will be to reach an agreement as early as possible in 2019, although from the experience of the last two MFFs, it may stretch towards the end of the year.

As explained in my recently published paper, the EU budget negotiations are subject to a strong status quo bias. Efforts to curb spending on the Common Agricultural Policy (CAP), in particular, are strongly resisted by the farm lobby and it is striking that the share of the EU budget spent on its two principal programmes (regional development policy and the CAP) has consistently been around three quarters of the total expenditure for the last three decades.

Over time, the CAP share has drifted downwards, while that of regional policy has risen, with more going to the central and eastern European countries after the 2004 and 2007 enlargements of the Union.

The corollary is that all other demands—whether for research funding, security policy or support for the EU’s global role—are left fighting for the remaining quarter of the budget.

There is plenty of discussion on new priorities for EU spending, ranging from paying for border control and integration of refugees, to environmental goals. Following a study chaired by former EU Commissioner and Italian Prime Minster Mario Monti, there are also proposals on the table to end the increasingly byzantine system of “corrections,” the various rebates (including the UK one) used to mitigate the net contributions of the richer countries.

But it will be a surprise if much changes when the deal is concluded next year. The same lobbies will already be marshalling their arguments about why current spending levels should be maintained.

Meanwhile, the net contributors will look at the impact of Brexit and echo Danish Finance Minister, Kristian Jensen in saying “not a Krone more.”

Bertrand Russell refined a well-known phrase to say “lack of money is the root of all evil,” but maybe we should, instead, heed legendary United States fund manager Warren Buffett who said: “a fool and his money are soon invited everywhere.”

Now who mentioned our foreign secretary and his inane renewed claims about £350m…?

By Professor Iain Begg, senior fellow at The UK in a Changing Europe. This was originally published in Prospect.