The Brexit White Paper: what does it mean for the environment? 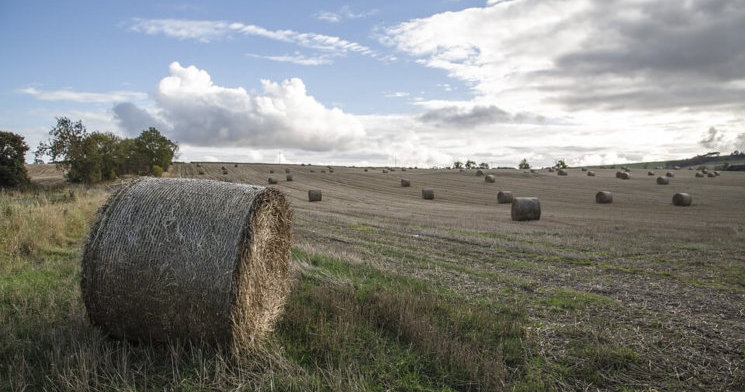 Brexit sometimes feels like a roller coaster and last week gave us yet another tumultuous ride with resignations, a long-awaited White Paper spelling out the government’s mandate for negotiating with Brussels, and a bizarre Presidential visit.

Despite Twitter and media speculation about whether Environment Secretary Michael Gove would resign, he looks set to stay at Defra for now and Greg Clarke remains at BEIS. So now the dust has settled, perhaps temporarily, what does the White Paper tell us about the future prospects for environmental policy?

We at Brexit & Environment have pointed out some of the key issues and challenges posed by Brexit and it is good to see some of these have been addressed in the White Paper.

The White Paper suggests that the UK is prepared to agree to a non-regression principle related to environmental standards, which means that the EU and the UK would commit to maintaining current standards.

The principle is designed to prevent either party from weakening their environmental rules to secure a competitive economic advantage. We called for this principle in our recent risk assessment and the EU’s chief Brexit negotiator Michel Barnier has made it clear that non-regression is a key issue for the EU.

So we are pleased to see the non-regression principle in the White Paper, especially as Michael Gove appeared to rule it out back in April 2018 in front of the House of Commons Environmental Audit Committee.

It is unfortunate, however, that the principle is limited to non-regression. The ideal would be an environmental progression principle that commits the EU and the UK to the pursuit of higher environmental standards.

However, given that the pro-Brexit group of MPs, the European Research Group, has already expressed strong reservations about the non-regression principle, it seems unlikely that a more ambitious position will be adopted.

A further concern is the lack of clarity about how the implementation of this principle will work in practice – detail on the operation of the proposed dispute resolution mechanism will be crucial.

The wording of the white paper on the common rulebook and environmental standards implies that we will be tied to the same standards as the EU on goods. This development may reflect the on-going concern expressed by businesses such as Airbus regarding the potential costs of different standards and customs checks.

This development is potentially good news, because many environmental standards apply to goods. However, there is some uncertainty around labelling and marketing of goods and whether these will be covered by the Common Rulebook. These questions will need resolving.

Speaking to the EAC last week, Michael Gove argued for clear limitson the common rulebook suggesting it will be used “only insofar as necessary to avoid border checks.” It seems likely that Brexiteer factions in the House of Commons will oppose the common rulebook as posing a barrier to free trade agreements with non-EU states.

The European Research Group has already suggested that the common rulebook will limit the UK’s ability to weaken its standards to secure such trade deals, making clear their willingness to trade off environmental standards in the pursuit of trade with non-EU countries. From an environmental perspective, a wide and inclusive understanding of what counts as a good would look to be most beneficial.

We have pointed out on several occasions the governance gap raised by Brexit, most recently in our blog last week on fines. A key issue is the expertise and regulatory function performed by EU agencies.

The recognition that the UK may benefit from continued cooperation with and access to agencies is welcome. Indeed, the White Paper recognises that without such access businesses located in the UK face extra administrative costs. It is worth noting, however, that only a few weeks ago the EU seemed to rule out the prospect of UK access to the European Chemicals Agency.

In addition, whilst the White Paper mentions a range of EU agencies, it does not mention the European Environment Agency, which plays a crucial role in providing data on environmental quality across Europe.

Somewhat unsurprisingly given the complexities of Brexit, there are still many areas where more detail is needed. The discussion of the Internal Energy Market presents a position that seems unlikely to be palatable to the EU. The White Paper states that one option for the UK is to develop a common rulebook specifically for the Internal Energy Market, which would cover technical rules for electricity trading and carbon pricing.

The White Paper also acknowledges the importance of the devolved nations as key policy actors within the UK. But there is insufficient detail on how the relationship between the nations will be managed.

Indeed, there is more detail on the planned arrangements between the EU and UK with regard to dispute resolutions than on relations between England, Scotland, Wales and Northern Ireland.

From an environmental perspective, the more time that passes without these issues being resolved, the less likely it is that we will have a well-coordinated and coherent pan-UK environmental policy.

From an environmental perspective, the White Paper’s overall direction and tone is heading in the right direction. However, it remains to be seen what the EU will make of it. The next week is likely to provide some clarity as Theresa May battles to secure the support both of MPs in the House of Commons and of the EU27 for her new Brexit plan.

By Professor Charlie Burns, research leader at The UK in a Changing Europe. This piece originally featured on Brexit & environment.