The Brexit white paper: what it must address – agriculture 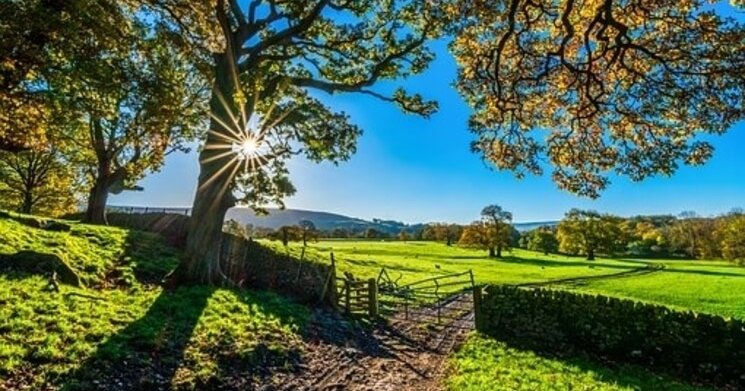 Brexit will have significant implications for UK agriculture, a sector that has strong trade links with the EU. Many businesses rely on the Common Agricultural Policy (CAP) income support.

The government has stated that UK farmers will continue to receive the same level of subsidy as they do under the CAP until the end of 2022. What will happen thereafter is much less clear, with only vague statements suggesting a shift to “public money for public goods”, but with no definition of what this might mean.

Some restructuring of the industry does seem inevitable, with possible land abandonment in more remote, particularly upland, areas.

What is needed from the white paper is a much clearer statement about domestic agriculture policy: objectives regarding trade relations with the EU, a plan about how the UK will cope if the negotiations with Brussels fail, and a clarification of the position of the migrant workforce.

These questions— particularly decisions on trade agreements—will be key for the future of the agricultural industry.

Different trading arrangements will have very different implications. Under a free trade agreement with the EU (i.e. the UK leaves the single market leading to some additional trade facilitation costs at the border, with tariff and quota free access between UK and EU trade flows are at zero), agricultural impacts would be relatively modest.

In contrast, an extreme trade scenario such as a unilateral trade liberalisation (elimination of all import tariffs between the UK and EU and the rest of the world) would have significant negative impacts on farm prices, production and incomes.

Given the dependence of many UK farms on direct payments, their removal would worsen the negative impacts of new trade arrangements and offset positive impacts.

Moreover, the effect on UK agriculture will be far from uniform, with significant differences between the devolved administrations.

Hence, for Scotland, Wales and Northern Ireland, there need to be decisions on where power will lie for the agricultural industry; who will decide on spending; and what flexibility there might be in allocating agricultural support.

Clarification is also needed on the Irish border and how smooth agricultural trade might be achieved, given the strong integration of the agri-food sectors across the island of Ireland.

Any form of border, accompanied by different tariff arrangements would be likely to slow the flow of trade. This would disrupt highly integrated agri-food supply chains and might even encourage the illegal movement of animals and other goods.

For consumers, the implications will depend not only on any tariff schedule that the UK puts in place and its impact on import supply, but also on the value of sterling in foreign exchange markets.

This is a factor that may be more difficult to influence. A return to WTO tariffs, for example, would increase domestic food prices, with more serious effects on poorer households who spend a higher proportion of income on food.

But low (or no) tariffs could be more beneficial for consumers, leaving prices lower or unchanged, at least in the short term. However, there might also be disruption to the supply chain as trade barriers (whether tariff or non-tariff) involve higher administrative costs.

The white paper has to take all these elements into account if it is to be effective, while the EU’s reaction is yet another unknown. They will certainly have an interest in how to resolve trade arrangements with the UK.

In the event of ‘no deal’ WTO arrangements, future UK tariff rate quotes and import access, for example, will have to be clarified with the agreement of both WTO and the EU. How easy this process will be in practice remains to be seen.

The EU will baulk at any suggestion of reinstating a hard border with the Irish Republic and could resist proposals for severe restrictions on migrant labour.

Hence, any UK policy measures that will restrict trade and the movement of migrant labour will come at a cost for the UK economy as whole, particularly the agri-food sector.

Moreover, given the diversity of farms across the UK, trade deals that will focus upon the needs of a typical UK farmer could put businesses across the devolved administrations at a higher risk (e.g. beef in Scotland).

A hard Irish border will create not only a significant disruption of the day to day activities but it might rekindle historical tensions. Thus, the white paper should consider making trade with the EU as frictionless as possible and include solutions that might be acceptable for all parties.

It should also consider how policies designed to drive economic and social growth and sustainability can be relevant and applicable to businesses and communities across the entire United Kingdom.

By Dr Carmen Hubbard and Anne Liddon, part of the agriculture research team at The UK in a Changing Europe. This piece originally featured in The Brexit white paper: what is must address report.