The Brexit white paper: what it must address – dispute settlement 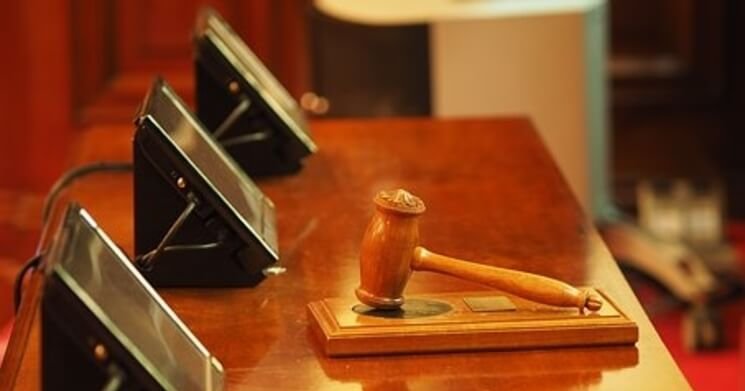 Assuming the transition period goes ahead as negotiated, dispute settlement would work much as now, with the European Court of Justice (ECJ) having the same jurisdiction regarding the UK as it currently does (albeit with no British judges sitting on it).

Following transition, the Court might continue to have a limited say over the rights of the EU27 citizens in the UK, and possibly some jurisdiction over disputes concerning the withdrawal treaty, although the UK has not yet agreed to this.

Thereafter, there are several possible scenarios. First, that no deal on the future is agreed—the World Trade Organisation (WTO) outcome. In such a circumstance, the withdrawal treaty (if it is agreed) would still be in force. But disputes over trade would be litigated via the cumbersome WTO system.

That system is already under considerable pressure, as the Trump administration is blocking appointments to the WTO’s Appellate Body. However, its basic elements are clear and have been well established since 1995. First, there are negotiations between the WTO members involved in a dispute.

Then, should negotiations fail, a panel of experts is set up, and rules on the argument. If either or both sides dispute its findings they can appeal to the WTO’s dispute settlement Appellate Body, which gives a final ruling.

If a member is found to have breached WTO law, it has to fix the breach within a ‘reasonable time’, usually around fifteen months. If the winning WTO member disputes whether the losing member has done that in time, the issue goes to arbitration.

If the losing member continues to breach WTO law, the winning member can retaliate with proportionate restrictions on the losing party’s exports to it. In short, WTO rulings do not have legal effect in the national legal systems of all its parties. However, they still have a practical impact, because if the losing member defies a WTO ruling it is likely to face trade retaliation.

The EU is an old hand at both using and defending itself in front of this WTO system. In contrast, it does not tend to make use of the very similar dispute settlement systems included in many of its free trade agreements with non-EU countries. Nevertheless, it is worth thinking about these systems, if only to consider their suitability for an EU-UK agreement.

In association agreements, such as that which the EU has with Ukraine, there are obligations on the EU’s partner to apply EU legislation. As soon as it has been applied, the EU insists on the ultimate authority of the ECJ to interpret EU legislation if a dispute cannot be settled politically.

The government is thus faced with a stark choice: regulatory divergence, with the attendant economic costs, or applying EU law, which means continued jurisdiction of the court if a dispute is not settled by other means.

To date, the government has fudged or ignored this issue. But the time for stark choices is fast approaching. The possible role of the court can be avoided in a free trade deal like that with Canada, but such a deal will provide for less market access to the EU.

The other alternative is the ‘Norway model’ of European Economic Area (EEA) membership. Here, too, there are extensive obligations to apply EU law. However, EEA law is interpreted by a separate international court: the EFTA court. EEA law and the EFTA court’s rulings have more limited effect than EU law in the national legal system (akin to the effect of international law).

National courts are not obliged to follow EFTA court rulings and the two pillars of EU law—that it takes ‘direct effect’ in and supersedes national law—do not apply. But there is the possibility of dispute settlement in the event of divergence in legislation or case law, or in the event one of the parties uses a safeguard clause. Ultimately, such disputes could be settled by arbitration or result in trade retaliation.

Whatever the outcome of the Brexit process, the UK’s relations with the EU will still require a form of dispute settlement, whether that is through arbitrators, panels, Appellate Bodies or the ECJ itself. This will differ from EU law in legal form. EU law is unique in that it is directly incorporated into the legal systems of its member states rather than simply applying to that state.

Moreover, the UK will likely also be constrained by fewer EU rules than at present. But as a matter of substance, a ruling which is binding at the international level and which is likely to be enforced by trade retaliation if it is not applied will have a real-world impact too.

The UK may well welcome this, if it wins a complaint against the EU or others; but it will rue it if it loses or is deterred from doing something popular because of the risk of losing. In the modern world, freedom to act is always relative.