The Brexit white paper: what it must address – fisheries 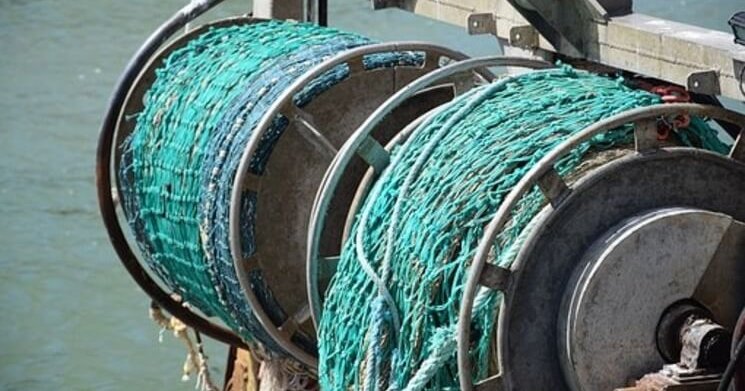 Fisheries is one example of a policy area that will receive its own legislation. This is expected in the coming months following the recently published fisheries white paper in July 2018.

The UK exports around 75% of the fish it produces, and 66% of these exports go to the EU. This seafood trading relationship is predicated on membership of the Common Fisheries Policy (CFP), which essentially creates a free market within a free market.

This is why countries like Iceland and Norway, members of the European Economic Area (EEA), have to contend with tariffs and non-tariff barriers when it comes to exporting seafood into the EU despite having full access to the single market. This obstacle is balanced by, as they see it, not being members of the CFP and thus having full discretion as to which countries are allowed into their waters to fish.

The government has committed to the UK becoming an independent coastal state once the transition period is over. For its part, the EU is keen to ensure its vessels will continue to benefit from access to the UK’s exclusive economic zone (EEZ), the territorial waters that the UK will be legally responsible for after Brexit.

Overall, how closely aligned it remains to the CFP is yet to be seen. In the fisheries white paper, the government says it expects questions of fisheries access and the wider trading relationship to be treated separately in its negotiations with the EU.

But the EU has already indicated that it sees the two linked together as part of a larger package deal. This was illustrated in March 2018 when the announcement was made that the UK and EU would work towards a transition period.

Here, the EU offered the UK continued tariff-free trade, but on the explicit condition that existing access arrangements for EU vessels in UK waters are maintained. In the longer term, further diversion from the CFP may take place, but is more likely to occur incrementally rather than via a radical reform.

Ultimately, while the mantra of taking back control of the UK’s waters is politically important, there is also a need to balance wider interests (both within and beyond the fishing industry) in negotiations on the future relationship with the EU.

The catching sector overwhelmingly backed Brexit, but much of the seafood processing sector, for example, relies on exports to the rest of the EU. Even within the catching sector there are differences. Those fishing shellfish, for instance, rely on frictionless trade.

On the other hand, the UK fishing industry only represents a small proportion of total GDP although it has a significant impact in certain areas of the country.

It remains to be seen what sort of system is created to monitor and check goods that flow across the UK’s borders. The export sector will be particularly keen on a system that is as frictionless as possible.

France, for example, is a very important buyer of fresh fish landed in UK ports. Fish landed in Peterhead on a Monday morning can, as things stand, be transported and delivered to French buyers on a Tuesday morning.

Any delays in that fish getting to France would have an obvious impact on its freshness and therefore its price. The reduced value of sterling is good news for exporters in one sense, but they will be keen to see a system in place that implies minimal delays for their product given that, in the trade of fresh fish, time is of the essence.

Despite wanting to keep the issues of fisheries access and the trading relationship separate, the UK’s wider desire to secure a frictionless trading relationship with the EU might mean some overall compromise can be expected. EU vessels would likely still get some favourable access in return for the UK continuing to enjoy some, if not all, of the benefits of frictionless trade in seafood.

To this end, the fisheries white paper recognises the importance of reciprocal access to fishing waters to both the UK and the EU.

In practical terms, the UK’s withdrawal from the CFP requires UK authorities to consider what capacities and technical areas they need to develop for the areas that were once managed by the CFP. This is particularly the case for international policy coordination, as the UK will have responsibilities under the UN Convention on the Law of the Sea to co-operate on the management of shared stocks.

Relationships with non-EU countries and international bodies, such as the International Council for the Exploration of the Sea and the North-East Atlantic Fisheries Commission, are currently handled by the EU, so the UK will need to develop these links in addition to managing its relationship with the EU.

The CFP can have an external impact on non-EU member state fisheries and, as such, it is important for the UK to think about how it wishes to engage with EU partners in future. This could be achieved, for example, through a mission to the EU through an embassy similar to Iceland.

Furthermore, clarity on what trade and custom arrangements are to be put in place are of key interest to the fishing industry. The Brexit white paper needs to address how goods are to flow in and out of the UK and what sort of checks and delays are likely to result from that. Such detail would provide the industry with a better idea as to how their exports would reach European markets.

By Craig McAngus, Christopher Huggins, John Connolly and Arno van der Zwet, members of The UK in a Changing Europe’s team working on UK fisheries policy post-Brexit. This piece originally featured in The Brexit white paper: what it must address report.