The Citizens’ Assembly on Brexit: design and purpose 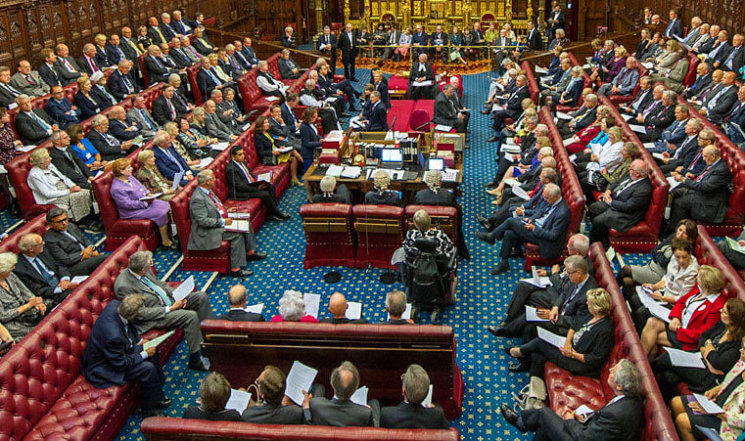 A team from The UK in a Changing Europe will run a Citizens’ Assembly on Brexit over the coming weeks. As the name suggests, a citizens’ assembly is a group of citizens who are chosen to reflect the diversity of the population at large and who gather to learn about, discuss, and draw conclusions on some aspect of public policy. The Citizens’ Assembly on Brexit provides an opportunity to shed light both on public priorities for Brexit and on the value of deliberative exercises in a polarised political context.

How the Assembly will work

The Citizens’ Assembly comprises around 45 UK citizens who have been selected through a stratified random sampling process to reflect the diversity of the UK electorate. Perfect representativeness is unattainable in a group of this size, but the members closely mirror the wider electorate in terms of sex, age, ethnicity, social class, region, and how they voted in the referendum last year. We will shortly publish a more detailed account of the selection process on this blog.

The Assembly members will meet over two weekends, starting with the weekend of 8-10 September. This is relatively short for a citizens’ assembly: some past assemblies have met for as many as twelve weekends. But it allows a structured approach to considering the matters in hand.

During the first weekend, the Assembly members will hear about the issues from a diverse range of experts with widely differing views. They will be able to quiz those experts and begin to consider their own reactions to what they have heard. Between the weekends, the members will have the chance to digest this material and perhaps talk it over with family, friends, and colleagues.

They will then return after three weeks for the second weekend, when they will deliberate in depth among themselves on the options and what they think of them. In all of this, they will be supported by professional facilitators from Involve, who will have a crucial role in keeping the discussions on track and ensuring that all members can take part fully.

The topic of discussion is the form that Brexit should take. The Assembly does not attempt to reopen the question decided by last year’s referendum: the presumption is that the UK is leaving the EU. The goal is to deepen understanding of informed public opinion on the kind of relationship that the UK should be seeking with the EU after Brexit. Not all aspects of Brexit can meaningfully be discussed in two weekends, so the Assembly will focus on two issues of crucial importance: trade and immigration.

What we hope to achieve

The Citizens’ Assembly on Brexit is funded by the Economic and Social Research Council (ESRC). It is part of the ESRC’s UK in a Changing Europe programme, and is one of a series of Brexit-related research projects that this programme supports.

One purpose, therefore, is to advance our understanding of Brexit-related public opinion. Other UK in a Changing Europe projects are looking at opinion through the more conventional methods of polling. But traditional polls often ask people for views on questions that they have not seriously thought about. The Citizens’ Assembly will allow members of the public to hear a range of viewpoints, discuss them and reflect upon them before they are asked to give their views. It thus provides a different perspective on public opinion.

That decision-making should reflect public opinion is one of the fundamental principles of democracy. But it also matters that the public should not be expected to make decisions on issues before they have had the chance to think about them properly. If we want genuinely democratic policy-making, people should have the chance, before they cast their vote, to reflect on their values, interests, and priorities, and consider how the options available measure up against those values, interests, and priorities.

We have had little chance for that to happen in relation to the options for Brexit. Neither the referendum campaign last year nor the election campaign earlier this year shed much light on what the Brexit options might actually be. There will inevitably be trade-offs between different goals, but people have generally had little opportunity to think about these.

We hope that the Citizens’ Assembly on Brexit will help fill this gap – that it will allow members of the public to listen, reflect, and come up with considered views. Previous citizens’ assemblies – notably, in Canada, the Netherlands, and, currently, in Ireland – have done this very well. Once members of the public are given the space and the support to get to grips with major policy decisions, they show immense enthusiasm for doing so and greater ability to engage with complexity than many commentators might expect.

But we can’t be certain that it will succeed in doing these things. The citizens’ assembly model is well tested. But it has generally been used to deal with issues of relatively low political salience, such as electoral or constitutional reform. Brexit, by contrast, is a hot topic on which opinion has been sharply polarised.

Even though the Assembly will not reopen the most contentious issue – whether or not it is sensible for the UK to be leaving the EU – still the divisions raised by last year’s referendum might surface. That could inhibit the openness to argument and evidence that lies at the heart of the deliberative approach to democracy.

Besides shedding light on attitudes towards Brexit, therefore, our second broad purpose in holding the Citizens’ Assembly on Brexit is to understand better whether genuine deliberation is possible in a polarised context and how that context shapes discussions.

Recent experience in Ireland gives us considerable reason for optimism: the ongoing Irish Citizens’ Assembly spent five weekends earlier this year exploring the highly charged issue of abortion; it did so respectfully and thoughtfully, leading to conclusions that have had a large impact on wider discussions in Irish society. The design of the Citizens’ Assembly on Brexit will allow us to conduct detailed research into these matters.

The Citizens’ Assembly on Brexit – its conclusions, the reasoning underpinning those conclusions, and the light that it sheds on the dynamics of deliberation – will matter both for the UK’s approach to Brexit and for the future of democracy in the UK. This importance is illustrated by the project’s list of backers, who include former UKIP Deputy Chair Suzanne Evans, Conservative MP and former Secretary of State for Education Nicky Morgan, Labour Leave Chair John Mills, and Chair of Vote Leave Watch and Labour MP Chuka Umunna.

The Assembly’s conclusions and the processes leading to them will be written up in a report due to be published and presented to key decision makers in late October. We hope this will receive considered and detailed attention from policy-makers and commentators in London, Edinburgh, Cardiff, Belfast, and beyond. The members of the Assembly will have put great time and effort into reaching their conclusions, and will deserve to be listened to with care and respect.