The Citizens’ Assembly on Brexit 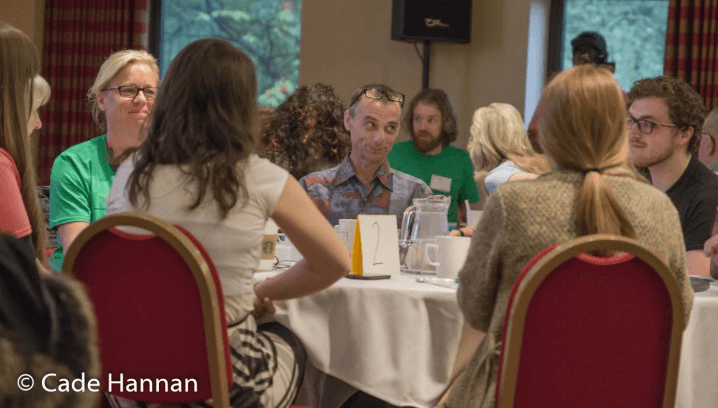 What kind of Brexit do voters want when they have the chance to learn about the options and arguments and think matters through in depth? This is an important question for two reasons.

First, it gives us valuable information on how public opinion might develop as the Brexit process unfolds and the key choices crystallise. Informed voters might have priorities quite different from those expressed today by respondents to standard surveys.

Second, what citizens think when they have had a chance to learn and reflect matters in itself. Democratic decision-making is founded on public opinion. In the democratic ideal, that is considered opinion, not top-of-the head reaction.

The Citizens’ Assembly on Brexit provides unique insights into informed and considered opinion on Brexit. It was a gathering of fifty people randomly selected to reflect the diverse UK electorate. They came from across the UK, including roughly equal numbers of men and women, members of ethnic
minorities in proportion to their population share, and broad spreads in terms of age and social class.

Crucially, they also included slightly more Leave than Remain voters. These fifty people met over two weekends in Manchester in autumn 2017. They were charged with developing recommendations on the kind of Brexit that the UK government should seek, focusing on trade and migration.

During the first weekend, they listened to each other’s views and experiences and probed the issues with some of the country’s leading experts. During the second weekend, they deliberated in depth on what they had heard and reached conclusions.

What the Assembly concluded

In drawing conclusions from their discussions, Assembly members began by developing policy guidelines. They said that trade policy should, above all, minimise harm to the economy, protect the NHS and public services, maintain living standards, take account of impacts on all parts of the UK, protect workers’ rights, and avoid a hard border with Ireland.

The fact that the last of these points received such attention in September 2017 – well before it hit the headlines in December – illustrates that a citizens’ assembly can often foretell issues that will later gain wider attention.

Members said migration policy – which they took to include any policy that might shape migration and its effects – should involve investment in training for UK nationals, keep better data on migrants, enable the UK to sustain public services, benefit the economy, be responsive to regional need, and include better planning of public services.

Members then turned to specific policy options. They considered four options for how the UK trades with the EU after Brexit: within the single market (at least as it pertains to goods and services), through a comprehensive trade deal that seeks to minimise both tariffs and so-called non-tariff barriers (such as differential product standards and professional qualifications), through a limited trade deal focused just on minimising tariffs, or through WTO rules (the ‘no deal’ option).

Figure 1 shows that members’ first preferences spread widely across the first three options – but that very few supported the fourth. Option C had most first preferences – though if second and lower preferences are also taken account, Option B comes out marginally ahead.

Of course, it may be that some of these options prove unattainable. If the government is unsuccessful in its efforts to secure a comprehensive trade deal, most members favoured a limited deal. If a limited deal isn’t possible either, a substantial majority of members – 31 to 19 – said they would prefer the UK to stay in the single market rather than leave the EU with no deal.

The Assembly also considered how the UK should relate to the EU’s customs union. As Figure 2 shows, a large majority wanted a bespoke customs arrangement with the EU that would allow the UK to conduct its own international trade policy while also maintaining a frictionless border.

If such a deal proves unattainable, 37 members said the UK should stay in the customs union, while only 13 opted for doing no customs deal. Thus, a large majority of members said the priority should be preserving the frictionless EU border, not freeing the UK to conduct its own international trade policy.

Turning to migration, members considered five options, which varied in terms both of future immigration levels and the degree of preference given to EU over non-EU migrants. As Figure 3 shows, an absolute majority of members chose an option under which the UK government would maintain free movement for EU nationals, but would make full use of controls that are available within the single market to limit migration by those who cannot sustain themselves financially.

Members also wanted better training for UK nationals to reduce demand for migrant labour, and they wanted better mechanisms for boosting public services in areas where high immigration stretches them.

Figure 3: Migration between the UK and the EU: first preferences

These conclusions give the lie to the idea that most voters want immigration to be cut at all costs. Rather, most Assembly members wanted a targeted approach, reducing immigration of those who do not benefit the UK economy and tackling immigration’s specific harmful effects. The Assembly’s membership was slightly skewed to a pro-immigration stance compared with the wider population, but not to an extent that alters this conclusion.

Full details of the Assembly’s deliberations and conclusions can be found in its report, available online. The report also demonstrates that the Assembly ought to be taken seriously. Not only did its membership closely reflect the composition of the UK electorate. In addition, its workings showed very high levels of inclusion, balance, and deliberative quality. The Assembly members worked very hard across two weekends. Their voice deserves to be listened to carefully.

By Dr Alan Renwick is Deputy Director of the Constitution Unit, UCL and a Research leader at The UK in a Changing Europe. You can read the full report, Brexit and Public Opinion here