The City of London, Covid-19 and Brexit: an autumn stock take 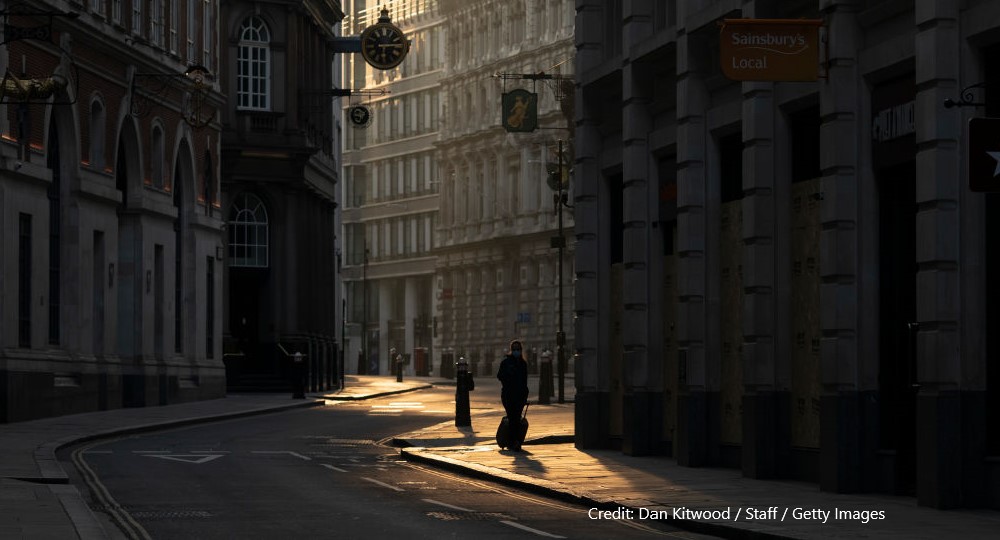 Nine months after the Brexit trade deal was agreed, there are signs that UK services trade with the EU is being negatively impacted. Trade figures released in July show that since the first quarter of 2019, UK services trade has declined more with EU countries than with non-EU countries. What does this mean for the City of London?

Untangling the relative contribution of Covid-19 and Brexit to this trend is a difficult but important task, given that the UK is a services economy.

In the case of financial services, research suggests that Brexit and Covid-19, alongside wider processes of economic transformation both domestically and internationally, are posing challenges to the City of London’s established business model.

First things first, the City of London after Covid-19. The financial services sector was not as badly impacted in terms of productivity compared with other parts of the economy: output in the sector was three percent below February 2020 levels in November 2020.

The relative success of remote working in financial services challenges widely held understandings that face-to-face networking was one of the vital components of successful international financial centres such as London before Covid-19.

It is therefore not surprising that a mixed picture is emerging regarding the extent to which staff are returning to the City as firms develop hybrid home-office working policies that seek to maximise the potential benefits of both.

Figures from Transport for London showed that in September 2021 daily tube travel reached its highest levels since March 2020. But within London’s financial district a different picture is emerging with reports describing the City as a ‘ghost town’.

As a result, uncertainty remains regarding what office usage, footfall and the associated hospitality sector will look like in the City after Covid-19. This is important given the range of jobs in ancillary services such as catering, retail, cleaning and security that are supported by office based work in the City.

Next, the City of London after Brexit. At the start of the summer, Rishi Sunak appeared to confirm that UK will prioritise regulatory freedom over potentially enhanced single market access for financial services in his Mansion House speech.

Details of how such regulatory opportunities will be used by the UK were set out in Sunak’s ‘New Chapter for Financial Services’, which identifies the sector as a facilitator of the government’s net zero target, an important element in digital growth, an open and internationally competitive finance hub and a source of capital for businesses across the UK.

This points to divergence from EU regulation in a piecemeal and targeted way: divergence appears more likely when it may support wider government policy objectives.

The City itself recognises the need to link its growth plans with wider governmental economic priorities.

For example, William Russell, the Lord Mayor of the City of London, has argued that financial services can ‘power a levelling-up agenda’. He envisages the UK’s financial hubs working together to spread prosperity nationwide.

However, until ‘levelling up’ is more tightly specified, the extent to which financial services can facilitate it remains hard to specify.

Beyond areas of possible regulatory divergence linked to domestic policy objectives, there is a lack of clarity regarding what the priorities for regulatory change could, or should, be.

For example, despite speculation to the contrary, over the summer it appeared that the EU bankers’ bonus cap – that stipulates the ratio between fixed and discretionary pay for many financial services employees – was not part of plans for regulatory divergence between the UK and the EU.

More recently, John Glen, the City minister, signalled a possible change to this approach, albeit not immediately.

There are also concerns emerging from parts of the City that a piecemeal deregulatory approach will not be sufficient to offset lost financial services exports to the EU and that, as a result, London will lose out to financial centres in the EU.

In response, in September, TheCityUK published its strategy to position the UK as the leading international financial centre in five years.

The international, rather than European, focus is important here.

Research shows that within the EU, it may not only be London that shows a decline in services trade after Brexit. Financial services are growing more rapidly in Singapore and China than they are in many European centres.

There are multiple reasons for this that extend well beyond Brexit and Covid-19, including the relative decline of manufacturing in these economies and a longer-term trend for the increasing importance of financial centres in Asia.

These research findings are an important reminder that whilst the City’s relationship with the EU will clearly be important in shaping its post-Covid-19 and post-Brexit recovery, attention also needs to be paid to how this relationship sits within wider changes in financial services internationally.