The clock ticks on Brexit, but there is no obvious solution in sight 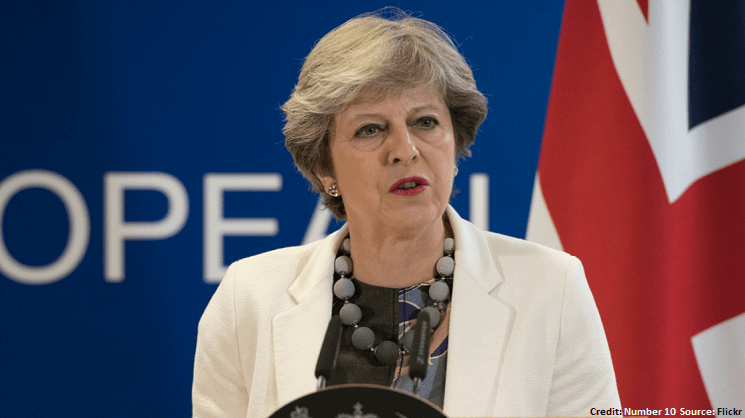 A little over a fortnight ago, Theresa May announced her renewed vision for Brexit, ‘a ten-point offer to everyone in Parliament who wants to deliver the result of the referendum’.

Among this list of promises were ‘alternative arrangements’ to limit the effects of the backstop, guarantees regarding workers’ rights and environmental protection, and arrangements for ‘frictionless trade’ outside the single market but with ‘a customs compromise’. And in a clear attempt to win over what may be regarded as ‘pragmatic Remainers’, she also promised that should Parliament approve the deal, MPs would then get to ‘vote on whether the deal should be subject to a referendum’.

If one counts the abandoned vote of November 2018, this was to the Prime Minister’s fifth attempt to get her deal over the line, and with prizes for all apparently on offer, she had clearly hoped that there would be enough to win over both sides of the divide. This was optimistic at best, and politically naïve at worst (had the Prime Minister not studied game theory?!), with MPs from all sides immediately queuing up to denounce the Bill as betraying their own vision of Brexit.

Indeed, the proposed Bill was so toxic that the Leader of the House Andrea Leadsom felt simply unable to champion it in Parliament and promptly resigned. In a damning appraisal of the Prime Minister’s approach to Brexit, Leadsom pointed to ‘a breakdown of government processes’ and a ‘complete breakdown in collective responsibility’ with regards to recent Brexit-related proposals.

With her political capital diminished, and with Sir Graham Brady brandishing a sealed envelope, these events ultimately sealed the fate of not just the Withdrawal Agreement Bill, but also May’s premiership. The day after the UK had voted in European elections that were never meant to happen, the Prime Minister announced that she would be leaving Downing Street.

Brexit had finally broken May, who expressed her ‘deep regret’ at being unable to deliver Brexit and pointed to the need for her successor to ‘find consensus in Parliament where I have not’. And in a shot across the bows of Parliament, she warned that ‘such a consensus can only be reached if those on all sides of the debate are willing to compromise’.

Yet leaving aside the issue of whether the PM herself ever heeded her own advice, what are the chances of the new Conservative leader being able to do what their predecessor had failed to do, and what many regard as impossible? The divisions of Brexit run as deep as ever, within parties, Parliament and the country at large.

The Conservative leadership campaign is fast becoming a Brexit arms-race, with several candidates hardening their attitudes in support of a no deal Brexit. However, whilst this may be in step with the present Conservative membership, two-thirds of which back a no deal Brexit, it is out of step with the mood of the House, which in March 2019 rejected this cliff-edge outcome 321-308. Indeed, whoever enters Number 10 will have to face the same divided Parliament, with no majority, no consensus and no clarity over party positions.

The House may have rejected a no deal Brexit under any circumstances, but has continuously failed to find a path out of the Brexit quagmire. The Conservatives are more divided than ever been on the issue of Europe, with commentators predicting that by the end of the year, ‘the Conservative Party as we’ve known it will have ceased to exist’.

Labour too are battling their own existential crisis, and whist Jeremy Corbyn has been forced to commit to a second referendum, calls by some senior figures for the party to adopt an explicitly pro-Remain platform risks alienating its Leave-voting northern heartlands.

And as the European Parliament election results plainly demonstrated, Britain itself is no less divided. Whilst the results do not show unambiguous support for either Remain or Leave, they clearly demonstrate that voters are flocking to parties that adopt an unambiguous stance on the issue. The Brexit Party emerged as the first-placed party in nine out of twelve electoral regions (exactly those regions that voted leave in 2016) with 30.8% of votes; and combined with those votes cast for UKIP, ‘Leave’ achieved 34.9%.

Conversely, explicitly pro-Remain parties (Lib Dems, Greens, SNP, Change UK and Plaid Cymru) did better, achieving a combined vote share of 40.4%. Missing from this analysis, however, are Labour and the Conservatives, reflecting the pragmatic/vague/absent (delete as appropriate) position of the two parties throughout the campaign; tactics which saw their collective share of the vote plummet to just 23.2%.

So what does all of this mean in terms of next steps? Clearly, time is running out to strike a deal in Parliament before the current deadline of 31 October. Until a successor to May is found, the UK has a caretaker PM, keeping the plates spinning but unable to do much more. And once her replacement is installed, likely in mid-July, there is very little parliamentary time remaining – just six weeks once the summer recess and party conference season are factored in.

And there is no guarantee that any further requests for extensions or to re-open negotiations will be countenanced by the EU27, who, faced with their own electoral pressures, may find their own attitudes towards Brexit hardening.

With the clock ticking, demands to put Brexit back to the people are likely to grow louder. Again, however, the path towards any sort of ‘democratic exercise’ is unclear. There is no consensus in the House on a second referendum, and many MPs are bitterly opposed – such as Labour chair Ian Lavery, who derided the People’s Vote campaign as ‘leftwing intellectuals… sneering at ordinary people’ who voted to leave.

The re-running of the referendum also risks setting a precedent that would be difficult to ignore should, for example, the Scottish Government wish to hold IndyRef2 (and it clearly does, having tabled a ‘framework’ Bill at Holyrood this week).

This then leaves the prospect of a general election, which would require the incoming Prime Minister to ask the House to dissolve itself under the terms of the Fixed Term Parliaments Act. Talk about turkeys voting for Christmas!

As things stand, the incoming Prime Minister would risk finding themselves with the dubious honour of being the shortest-serving Prime Minister in history. Indeed, neither Labour or the Conservatives appear to enjoy the electoral support necessary to be returned with anything approaching a majority, as shown by the recent local elections in England and this week’s European Parliament elections.

And the latest polls suggest that if a general election were held tomorrow, the two main parties would be pushed into third and fourth place by the Liberal Democrats and the Brexit Party. At this stage, however, much depends on who succeeds May and how they respond to the ‘Farage threat’ that has bedevilled their predecessors as once again, this ‘fox is in the Westminster henhouse’.

By Dr Felicity Matthews, Senior Lecturer at the Department of Politics at the University of Sheffield.