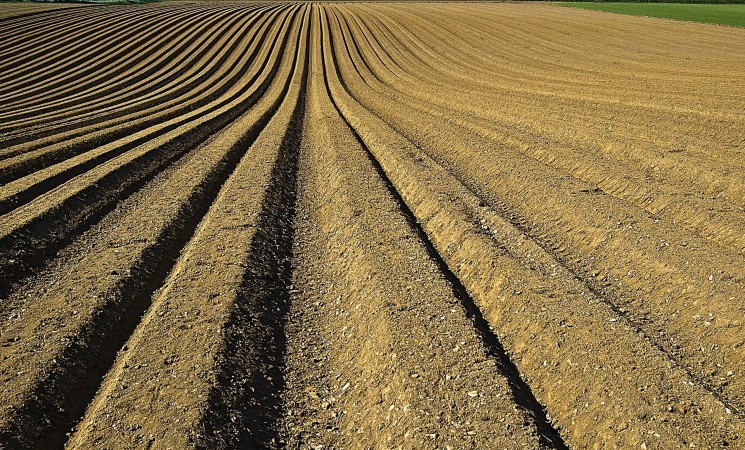 The Common Agricultural Policy (CAP) of the European Union (EU) is in many respects a highly dysfunctional policy which fails to achieve its objectives or only does so at considerable cost. Nevertheless, it remains a cornerstone of the EU, accounting for around 40 per cent of the EU budget, and many UK and European farmers are dependent on it for their continued survival.

When the Treaty of Rome established the Common European Market in 1958, state intervention was a major feature of agriculture in the six founding member states. If the principle of free movement of goods was to apply to agricultural produce, national support policies which were incompatible with the Common Market had to be transferred to the European level.

It was also believed that agriculture as a sector had very distinctive characteristics. Output is considerably influenced by the weather and this leads to either over production or under production. Prices can be highly volatile, especially for commodities traded globally.

The basic objectives of the policy have not changed since the Treaty of Rome. They are:

Unfortunately, some of these objectives are contradictory. For example, protecting farmers’ incomes by erecting high tariff barriers against goods imported from outside the EU raises prices for consumers. The advancement of agricultural productivity depends not so much on actions by the EU as technological advances and improvements in the knowledge base of farmers.

The way in which the policy has been implemented has changed over time. Originally, farmers were supported through a system of intervention purchasing. This meant that a floor price would be fixed for a particular product and farmers could sell any surplus into an intervention store where they could be held until they were sold at that price provided that it met basic quality standards.

This encouraged farmers to produce more than they would otherwise have done, particularly products for which there was not increasing demand. Intervention stocks held in intervention stores referred to as ‘butter mountains’ or ‘wine lakes’ then built up.

The EU faced the problem of disposing of these stocks. One way of doing this was to provide subsidies to exporters to sell the surpluses in countries outside the EU. However, this led to trade wars with countries like the United States which also started to subsidise its exports. It also undermined producers in developing countries who were unable to compete with stocks of, say, skimmed milk powder dumped on their domestic markets.

Export subsidies are now being phased out, but the EU retains very high tariff barriers against imports, particularly in sectors such as meat and dairy products.

Support to farmers is now provided in ‘Pillar 1’ which covers general subsidies through a basic payment. Although member states and their regions have some discretion in how they calculate this payment, it is essentially based on the size of the farm and the payments it has received in the past. This has meant that very large payments of over a million euros have gone to some farms such as arable farmers in East Anglia, although some limited ‘capping’ of these payments has now been introduced.

In some respects the CAP could be seen as a welfare policy to help smaller farmers in remote areas with higher payments for farms in areas of great disadvantage. Such farms may also benefit from ‘Pillar 2’ payments which are targeted subsidies such as agri-environmental schemes and rural development. In the UK, Pillar 1 payments outweigh Pillar 2 payments by a ratio of approximately 3:1.

Most of the subsidies paid are, therefore, not targeted to particular policy objectives. Environmentalists object that the CAP has encouraged more intensive forms of farming in the EU with a greater reliance on fertilisers and agrochemicals. Soils may be damaged and serious water pollution may occur.

The subsidies paid under the CAP have also had the effect of forcing up land prices, making it difficult for new entrants to come into the industry other than through inheritance. The workforce is ageing and this does not help innovation.

What would the consequences of Brexit be?

Brexit would create an uncertain environment for UK farmers. Agriculture is unlikely to be a priority in the negotiations that followed a UK exit from the EU. Pillar 1 subsidies to farmers would be vulnerable as the Treasury has always been opposed to them and would be likely to seize the opportunity to phase them out.

The main complaint of farmers (and not only in Britain) about the Common Agricultural Policy (CAP) relates to the transaction costs involved in form filling and what are seen as the unduly onerous nature of some regulations. However, farmers should not expect a ‘bonfire of controls’ after Brexit. In political terms, there is substantial domestic support from environmental, conservation, animal welfare, public health and consumer lobbies for appropriate regulation of agriculture.

UK farmers benefit to some extent from the political cover provided by farmers in other member states where agriculture is a higher percentage of GDP or there is a strong cultural attachment to farming as an activity.

If Britain votes to remain in the EU, the UK government will continue to press for the reform of the CAP so it focuses more on the competitiveness of European agriculture and the pursuit of environmental objectives. Securing reform up to now has not been easy, but some progress has been made and the worst features of the CAP have been eliminated.

Wyn Grant is Professor of Politics at the University of Warwick and author of The Common Agricultural Policy.