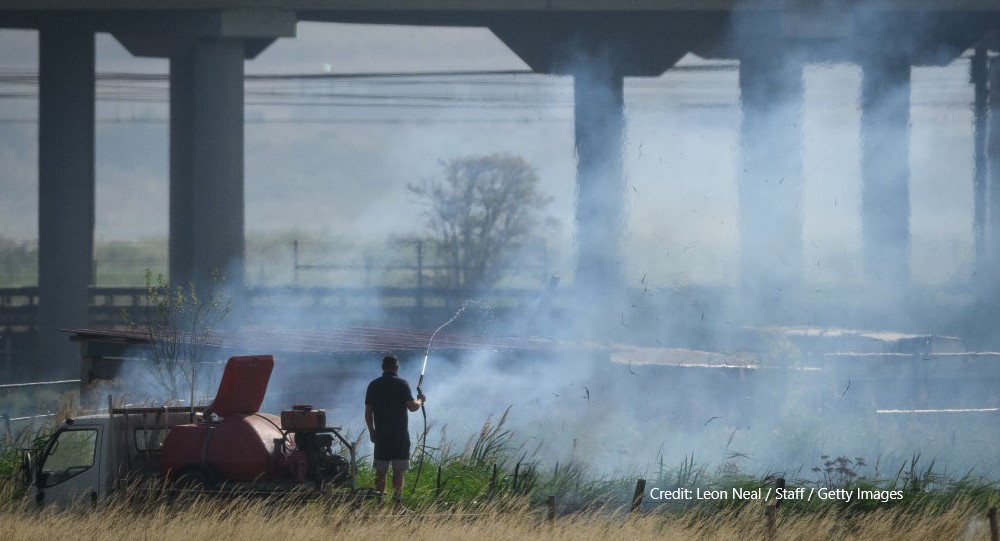 Conservative party members now get to choose which of Rishi Sunak and Liz Truss becomes the next UK Prime Minister. That choice was determined by Conservative MPs during a heatwave this week that set record high temperatures of 40C, and saw widespread wildfires and travel disruption.

Rather than calling for more climate change mitigation, some of the candidates for the premiership initially suggested weakening the legal requirement for the UK to achieve net zero carbon emissions by 2050. Others were ambiguous, or supported the end goal while undermining the financial means by proposing cuts to green levies and reducing taxes on fossil fuels.

On Sunday, Alok Sharma, Conservative MP and President of last year’s UN Climate Change summit, suggested he may resign if the new Prime Minister backtracks on net zero. On Monday he chaired a hustings in which he pressed the candidates to go on the record supporting net zero and the UK’s international climate commitments. They all did. For Kemi Badenoch that was a U-turn, as she had previously described net zero 2050 as ‘unilateral economic disarmament’.

Within the Conservative parliamentary party the hustings were a triumph of the climate-conscious Conservative Environment Network over the more transition-sceptic Net Zero Scrutiny Group. But it is not clear that maintaining legal commitments means much by way of actual climate change mitigation efforts in the next few years. This was also the week in which the High Court ruled that Boris Johnson’s Net Zero Strategy was unlawfully thin on detail.

Of the two remaining candidates for PM, Rishi Sunak appears to be the most climate conscious. Sunak would keep green levies, while Liz Truss called for a ‘temporary moratorium’. While both committed to net zero 2050 and signed the Conservative Environment Network five-point pledge, Liz Truss plans a review of the fracking ban. She also, as Environment Secretary, cut subsidies for solar farms.

Rishi Sunak has so far announced more detailed proposals on energy and climate change than his rival. These include a new Department for Energy as part of an energy security plan, and a call for more home insulation. As Chancellor he claimed the City would become the ‘first-ever net zero aligned global financial centre.’

However, he has also warned against going ‘too hard and too fast’ on net zero, and pledged not to build more onshore wind farms, despite one poll showing as much as 79% favourability for wind farms in the UK among Conservative voters. Sunak was also the Chancellor who pulled the plug on the last government home insulation scheme.

Despite this mixed track-record on environmental issues, Sunak secured the public support of Chris Skidmore, chair of the all-party parliamentary group for the environment.

From Tory MPs to Tory members

The most recent polling evidence suggests that Conservative party members are likely to favour Liz Truss over Rishi Sunak. The result is unlikely to hinge on climate politics. YouGov asked Conservative party members what their top three priorities were for the next leader. Just 4% included meeting the net-zero target. Climate action came bottom of the ten options listed.

If that is a sign of indifference or hostility to net zero, then Conservative members are at odds not only with the general public, but with Conservative voters.

Polls by both Opinium and Deltapoll in mid-April showed majority support for the net-zero law despite the cost-of-living crisis. Both found clear net support among Conservative voters specifically, with support just above 50% for Deltapoll and just below in the Opinium survey.

Over the last year YouGov have consistently found that the environment was the third most important issue facing the country. As economic problems have mounted since Christmas, the numbers reporting the economy as an important problem have increased, from 44% at the end of 2021 to 66% just before the recent heatwave. Over the same period, concerns about the environment have dropped only slightly, from 28% to 24%.

Still more recently, on 18 and 19 July, the temperature-record-breaking days this week, Opinium found 76% of people were worried about climate change and 51% said the heatwave made them think governments and societies should be more ambitious in tackling climate change. Just 8% thought less should be done.

Whichever of Sunak or Truss becomes Prime Minister, the next general election is likely to be one in which Labour again offers bolder climate-change mitigation policies than the Conservatives.

This week Labour criticised all the Conservative leadership contenders. Shadow Climate and Net Zero Secretary, Ed Miliband, claimed the candidates only supported net zero ‘through gritted teeth’ and their energy policies showed they were “not serious about the situation”. Miliband denounced Rishi Sunak’s intention on keeping the ban on onshore wind, and called the former Chancellor a ‘foot dragger’.

Not only does this critique imply Labour has more radical policy in mind, but the divisions within the parliamentary Conservative party revealed by the leadership election would likely constrain changes in climate policy regardless of who now becomes PM.

When, in 2019, Theresa May instituted the net zero 2050 law, the UK became the first major economy to do so. It was particularly remarkable coming from a Conservative Prime Minister.

Recent research by myself and others shows that voters for Conservative and Christian Democratic parties in Western Europe (including the UK) are less worried about climate change than Social Democrat and Labour voters. That climate divide between mainstream-left and mainstream-right voters cannot be explained by ideological differences on other issues. Opinions on climate change seem to matter in themselves for voting patterns.

If the last two weeks are anything to go by, the politicisation of climate change in the UK’s electoral politics looks set to continue, if not strengthen, at the next general election.

By Stephen Fisher, Professor of Political Sociology at the University of Oxford. Stephen is the author of the chapter on net zero in UK in a Changing Europe’s British Politics After Brexit report.