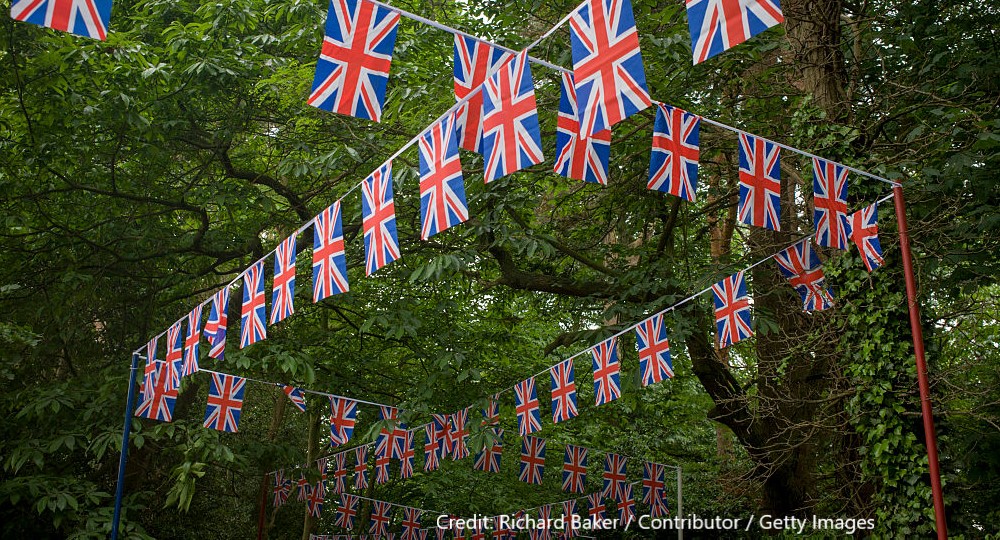 Lord David Frost has taken exception to what he regards as an increasing tendency to refer to the United Kingdom as being made up of four ‘nations’ – his quotation marks. He counters that all citizens of the state are inescapably British. Stressing this fact, while opposing the idea that the United Kingdom should be regarded as a partnership of different nations, are part of his prescription for challenging the SNP. This apparently because recognising the four constituent parts of the UK as nations implies that they are states-in-waiting.

To the extent that Lord Frost’s views represent the latest thinking of his party, then survey evidence suggests that they generate at least two sets of challenges for the Conservatives.

First, there exists a centuries-old history of referring to Scotland, Wales and England as separate nations and to the UK as a partnership of nations. It is a view that remains very widely shared. Any attempt to assert the opposite will leave the Conservatives out of step with public attitudes across Britain.

Secondly, and relatedly, there is a danger that they expose the extent to which Conservatives in Scotland and Wales – though not in England – are already out of step with majority views in those countries.

It’s over a decade since we first asked representative samples of the Scottish, Welsh and, subsequently, the English electorate, whether they regarded the territories they inhabit as nations or regions (we have no comparable data for Northern Ireland). As is clear from Table 1, in all three cases respondents overwhelmingly favoured the former. For the majority of their inhabitants, Scotland, Wales and England are all nations. There were, however, some differences among Conservative supporters worthy of note. 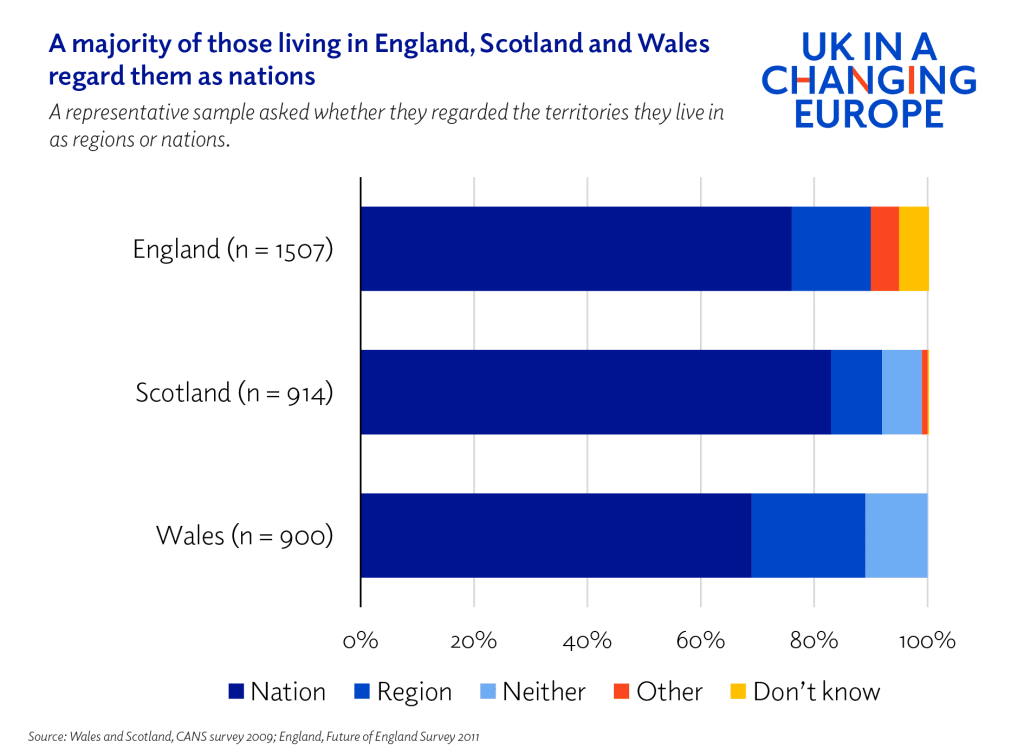 Conservative supporters in England were the most likely of all party supporters to regard that territory as a nation rather than a region (84% of Conservatives compared to 78% Labour and 68% Liberal Democrats). Party supporters were also very much part of the general consensus that Scotland is a nation (the view of 83% of Scottish Conservatives). The situation was somewhat different in Wales. While a significant majority of Welsh Conservatives (62%) viewed Wales as a nation, reflecting that country’s complex demographics, almost a third (31%) preferred region. Unsurprisingly, this was in contrast to Labour and, particularly, Plaid Cymru supporters, who preferred nation (at 75% and 87% respectively).

This nuance aside, the view that England, Scotland and Wales are all nations was not confined to a particular part of state or political spectrum. Rather, it was an utterly mainstream opinion. So strong was the consensus that we stopped asking about it in our annual surveys.

A decade and more later, there are at least two potential issues to consider. First, these data don’t tell us the extent to which Britain is regarded as a nation. Is this a zero-sum game – as Scottish and Welsh nationalists hope and as British nationalists like Lord Frost clearly fear? If Scotland and Wales and England are regarded as nations, does this somehow mean that Britain isn’t? Alternatively, is it a case of ‘both/and’ rather than ‘either/or’? Secondly, the 2014 and 2016 referendums have obviously served to polarise political debate but can we see substantial differences of opinion in how people understand the very constitution of the state? 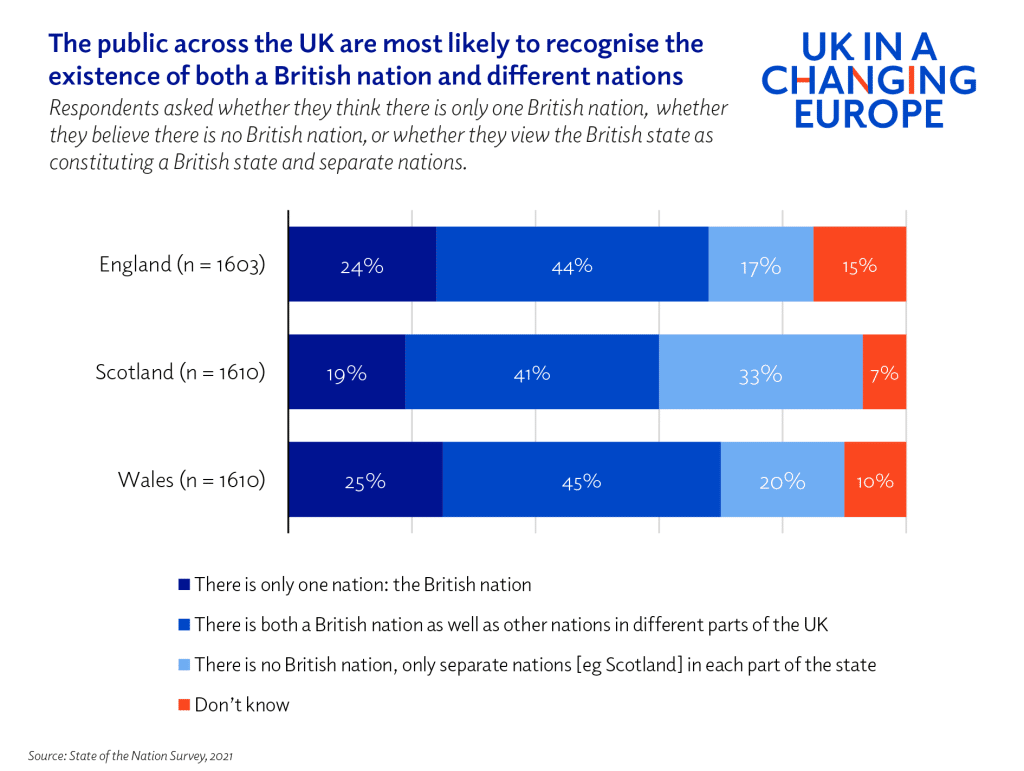 But taking on particular significance in wake of Frost’s comments is the fact that that Conservative voters in Scotland and Wales now appear as outliers in a way that was not the case historically and, even now, is not the case in England. While only 19% and 25% of the Scottish and Welsh electorates regard Britain as being constituted by a single British nation, it is the plurality view (at 48%) among Conservative supporters in both countries. By contrast, only 28% of the party’s supporters in England share this belief. As was the case over a decade ago, English Tories remain happy to recognise and embrace the existence of both English and British nations, even while the party’s supporters on the Celtic periphery appear to have become increasingly convinced that the state identity is the only true national identity.

Inadvertently, Frost has served to draw attention to some of the challenges facing the Conservative party. The Tories remain – comfortably – England’s dominant party yet last won the popular vote at a general election in Scotland in 1959 and in Wales in 1859 (the latter is not a misprint). Given this, should the Tories really be seeking to change the way that its English supporters think of themselves in order to appease its supporters in those parts of the state where its position is dramatically weaker?

Frost’s remarks serve to underline the extent to which the Conservatives seem to have run out of ideas on how to challenge the dominance of the SNP in Scotland and are increasingly ill-equipped to deal with the fact that the UK is not just a multi-national state, but a ‘plurinational’ one – a country in which conceptions of the state vary depending on where in the UK one lives or which party one supports. Urged on by its supporters in Scotland and Wales, prominent Conservatives seem intent on rejecting the messy compromises inherent in devolution and, in effect, demand allegiance tests to a single, very particular understanding of the state. This is ahistorical, un-Conservative and unlikely to end well.

A paperback edition of their book Englishness: The political force transforming Britain will be published by Oxford University Press in October.