The Conservatives have convinced voters of the need to level up 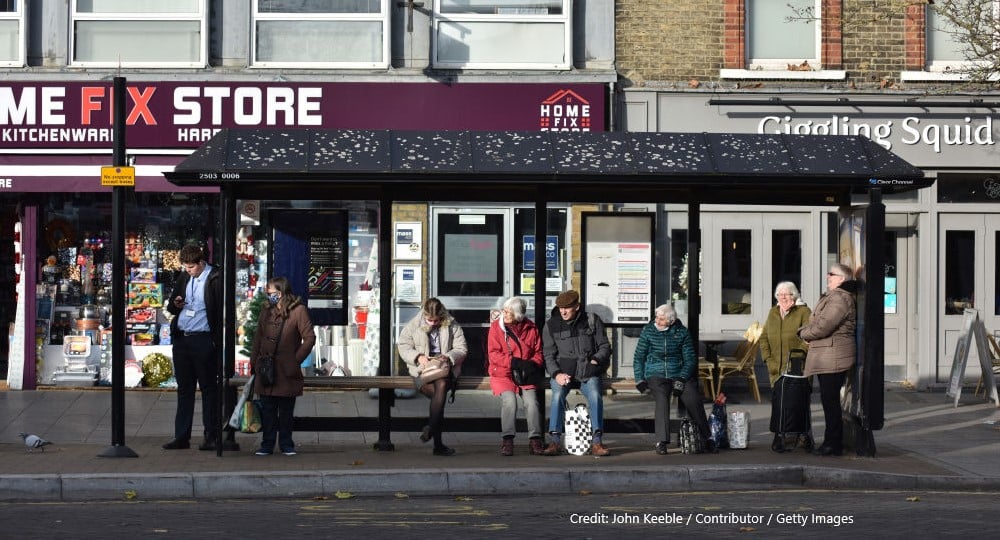 Anand Menon and Sophie Stowers analyse the findings of UK in a Changing Europe’s new report ‘Levelling up: what England thinks‘, highlighting that the public have taken on board the message of successive Conservative governments about the importance of addressing regional inequality.

It seems that everyone agrees ‘Trussonomics’ is dead. It’s easy to see why: in the little more than three weeks since the Government’s ‘mini-budget’, we have not only had a new Chancellor, but perhaps the biggest U-turn in British political history. Jeremy Hunt has scrapped the majority of Kwasi Kwarteng’s planned tax cuts, and has warned of ‘difficult decisions’ to come on tax and spend.

But on one issue, Hunt has been conspicuously quiet, and is perhaps even in agreement with his predecessor. After all, there was a second strand to ‘Trussonomics’ beyond those tax cuts – a belief that, as Kwasi Kwarteng declared on the 23 September, ‘for too long … we have indulged in a fight over redistribution’. Kwarteng’s intention – to move (or rather move back) from a focus on redistribution to one on aggregate growth – seemed clear enough. Though Hunt’s long-term vision is less clear, he hasn’t necessarily disagreed that in the long term it is growth – not redistribution – that should be the ultimate aim of fiscal policy.

What is less clear is whether the government, even with Hunt’s assistance, will be able to get away with this shift. Ironically enough, successive Conservative administrations have been so successful in planting the idea that regional inequality matters that they may struggle to convince the electorate that redistribution has had its day.

The years since the Brexit referendum have seen a profound shift in economic thinking – not least under the combined impact on perceptions of Brexit and the pandemic. In its editorial prior to the 2015 election, the Financial Times warned against voting for Ed Miliband partly on the grounds that he ‘is preoccupied with inequality.’ Yet by April 2020 that same FT proclaimed that ‘to demand collective sacrifice you must offer a social contract that benefits everyone.’ It went on to call for radical reforms: ‘Redistribution will again be on the agenda; the privileges of the elderly and wealthy in question. Policies until recently considered eccentric, such as basic income and wealth taxes, will have to be in the mix’.

This shift has been mirrored in politics, and most strikingly in the Conservative Party. The shift started under Theresa May and her insistence on highlighting the needs of the ‘just about managing’ and culminated in Boris Johnson’s high tax, high spending administration focused on the central objective of ‘levelling up.’

A new survey carried out for UK in a Changing Europe by YouGov underlined the degree to which this message has been internalised by the public. 68% of respondents agreed that the government should redistribute money from better off to worse off places to tackle regional inequality. The British Social Attitude survey underlines that the proportion of Britons who want the government to ‘increase taxes and spend more’ has overtaken those wanting to ‘keep taxes and spending at the same level as now’ since 2016.

Interestingly, people are much more likely to agree with this premise than the idea that money should be distributed from better off to worse off people, suggesting that the Conservative focus on ‘place’ has been remarkably successful.

And it’s no wonder that regional redistribution is so popular. We also found that a majority of respondents (53%) believe that their local area does not currently get its fair share of government spending compared to other parts of the country.

However, Boris Johnson’s commitment to tackle regional disparities once and for all has not gone down particularly well with Conservative voters. The idea of redistribution may be popular with the public at large, but it’s divisive amongst those who voted Conservative at the last election, despite being a key plank of the 2019 manifesto.

This poses a problem for Liz Truss. A lot of those Conservative voters in the North of England likely voted Conservative for the first time in 2019 in part due to Boris Johnson’s manifesto commitment to ‘level up’ the country. Liz Truss either pursues that commitment at the risk of jeopardising the support of traditional Tory voters in the South, or puts those red wall votes at risk. Having helped shift public opinion, the Tories may yet be a victim of their own success.