The constitutional practicalities of leaving the EU 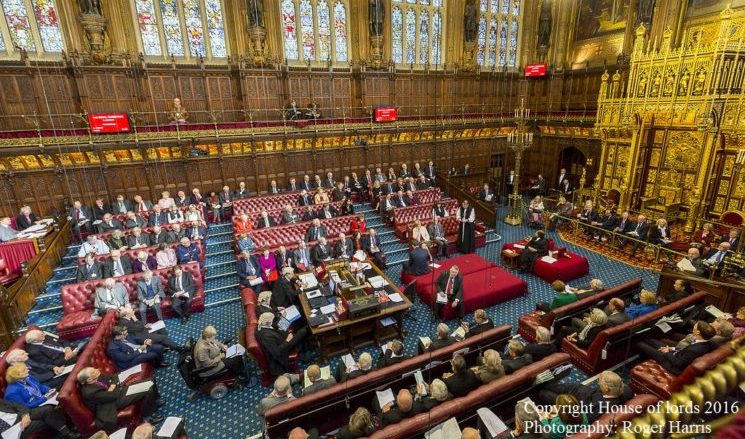 If the result of June’s referendum is for the UK to leave the EU, there are some serious hows and whens to sort out. Lots of ink has been spilled about the possible shape of a future relationship between the UK and the EU: doing a ‘Norway’, ‘Switzerland’, ‘Turkey’, or even ‘Albania’. Much less has been written on the legal and practical issues raised by the process of leaving.

This piece outlines what, on the one hand, constitutional lawyers think leaving the EU might involve and, on the other, what VoteLeave says. Given the reduced size of the civil service and the lack of key capacity, it will be argued that VoteLeave’s timetable is unrealistic and the whole process of definitively leaving the EU may take decades.

How to leave: the law

It is widely thought, including by the House of Lords Select Committee, that a vote to leave on 23 June would require the Prime Minister to trigger the so-called ‘Article 50’ process. A member state would notify the European Council of its intention to withdraw from the EU. Then, in light of the guidelines provided by the European Council, ‘the Union shall negotiate and conclude an agreement with that State’. This agreement will set out the arrangements for the state’s withdrawal, merely ‘taking account of the framework for [the leaving state’s] future relationship with the Union’. In other words, negotiations over the arrangements for leaving (the withdrawal agreement) are separate from the negotiations, if any, over the future relationship between the UK and the EU.

Article 50 adds that from the date of entry into force of the withdrawal agreement or, failing that, two years after the initial notification, the Treaties will cease to apply to the withdrawing state (the UK). The two-year period can be extended, but only by unanimous agreement of the 27 remaining member states.

At UK level, leaving would involve the repeal of the European Communities Act (ECA) 1972, the Act which gave effect to EU law in the UK system. But care would be needed. There are two crucial provisions of the ECA. The first is section 2(1) which incorporates the key principles of supremacy and direct effect into UK law. Supremacy means EU law takes precedence over UK law; direct effect means EU rights can be enforced in UK courts. Following a vote to leave, s.2(1) would have to be repealed.

The second key provision is s.2(2), the so-called enabling section. S.2(2) has allowed for hundreds of EU Directives to be implemented by Statutory Instrument (SI) (ie secondary UK legislation), a much quicker and easier process than passing an Act of Parliament. Repeal of s.2(2) would mean that these SIs would no longer have the force of law. To use a legal cliché, when you cut down a tree (ie the repeal of s.2(2)) the branches (ie the SIs adopted under it) will also fall. Given the ‘legal and commercial chaos’ which would result in the repeal of s.2(2) ECA 1972, it is likely that any future Brexit legislation (ie any legislation which repeals the ECA) would contain a clause ensuring that SIs already adopted under s.2(2) ECA remain in force for the time being.

Vote Leave does not accept the scenario just described (ie of triggering Article 50 TEU and eventually the repeal of the ECA 1972). It envisages, instead, a three stage process:

Of stage one (informal negotiations), it notes that ‘No rational government would immediately begin any legal process to withdraw so there is no issue of an immediate use of Article 50, the EU’s preferred legal route for a member to leave that imposes a basic two-year timetable.’ It continues that the government will explore ‘how the other EU countries and the Commission want to proceed’, including through the next Intergovernmental Conference.

Of stage two, VoteLeave says there will be formal negotiations to change the legal situation. They argue that ‘Those who say that Article 50 is the only possible path are mistaken about the history of the EU. It has consistently invented legal mechanisms to solve political problems.’

The third stage involves the repeal of section 2 of the ECA 1972 that enshrines the supremacy of EU law, identified by VoteLeave as ‘[t]he heart of the problem with our EU membership’.

Vote Leave envisages a tight timetable for the three stages to occur: ‘We will negotiate a new UK-EU Treaty and end the legal supremacy of EU law and the European Court before the 2020 election.’

The rhetoric of VoteLeave is to repeal all of s.2 ECA in one fell swoop (ie both s.2(1) and 2(2)) and so ‘restore democratic government’. However, in fact VoteLeave does suggest a more nuanced approach, involving repealing s.2 ECA ‘while simultaneously incorporating all existing EU law into UK law and beginning the process of sorting EU rules’. The process of sorting involves identifying three categories of rules: ‘clearly stupid things that are repealed, things that are amended, things that either make sense or are themselves global rules we would accept anyway (or both) and are kept’.

The legal and practical reality

Screening and sorting all implementing laws into the three categories –  stupid, amendable; and  sensible – would be a gargantuan task, the work of decades not weeks. It has taken 40 years to produce the complex statute book that we now work with; it may take decades to dismantle it, even with the help of a Royal Commission on Regulatory Reduction. Even ‘sensible’ legislation will need amending to take account of the UK’s new position outside the EU.

This would be quite a job for what is a severely reduced civil service, 27% smaller than at its most recent peak in early 2005. This is particularly problematic given that part of the civil service will be occupied with negotiating the new trade deals envisaged by VoteLeave with countries like India. Where is the expertise needed? Largely retired, even dead. Remember the UK has not negotiated a trade deal for 40 years.

The day-to-day practical reality of voting to leave the EU has not received the attention it has deserved. For constitutional lawyers, Brexit would raise some difficult legal questions. For practitioners, there would be considerable uncertainty. And for civil servants? Well they would probably need to cancel all holiday for at least the next 10 years.

Catherine Barnard, UK in a Changing Europe Senior Fellow, and Professor of EU law and Employment Law, University of Cambridge