The constraints and consequences of Protocol tactics 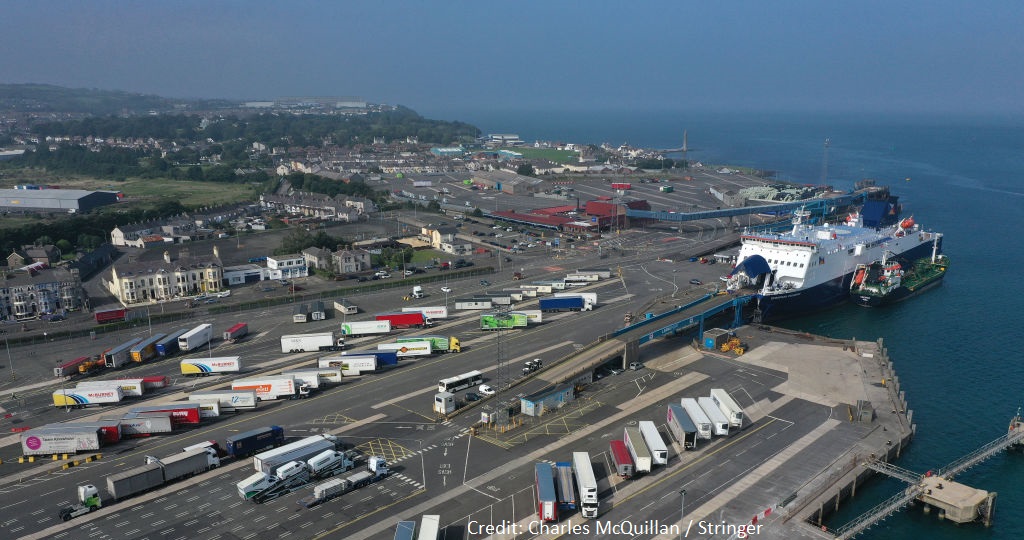 If we take it at its word, the UK government has two primary objectives in its latest confrontation with the EU. The first is to see greater change to the Protocol on Ireland/Northern Ireland than the EU is currently willing or able to give. The second is to change the Protocol (with or without the EU’s agreement) to satisfy the DUP enough to end its current veto on power-sharing in Northern Ireland.

What the government lacked before, it now has. It has proven itself a useful partner to the EU in the recent crisis over Russia’s invasion of Ukraine. It has the attention of EU member-states concerned for the 1998 Good Friday (Belfast) Agreement, which the Protocol is designed to protect. It has convincingly raised both the stakes and the sense of urgency.

The EU, in contrast, sees such challenges as further proving the necessity of ‘upholding the rule of law and living up to international obligations’. It points to the ‘potential to be explored’ in its proposals on the Protocol, hinting that its red lines could have blurry edges. For the UK government, however, it is time for a decisive move. But what?

It could trigger Article 16 under the Protocol, which would mean limited measures of unilateral action. But it would be difficult to identify anything specific that would ‘fix’ the Protocol that can be done unilaterally. The more ambitious such measures are, the more they could entail an overhaul of trade to and from Northern Ireland

Two thirds of businesses have adjusted to the new post-Protocol trading arrangements (albeit under its partial implementation). To throw the whole regime up in the air for the benefit of the 8% who are still experiencing ‘significant’ difficulties would be hard to justify unless chaos was intended. As such, the greater the scope of the measures, the more they are likely to meet legal challenge or ‘rebalancing’ counter-measures by the EU.

Alternatively, the UK government could equip itself through an adjustment to the EU Withdrawal Act (2018) to allow itself to override all or part of the Protocol in due course. This would entail new primary legislation, and all that goes with it – including a bumpy and lengthy ride through Parliament. It would also put it directly at odds with the EU, given that such an Act would effectively breach their Withdrawal Agreement.

There are suggestions that it might set aside its obligations under the Protocol through emergency legislation, perhaps by arguing that there has been a fundamental change of circumstances. However, given that the Vienna Convention require these circumstances be unrelated to the rationale for the Agreement in the first place, this route seems tricky as well as unlikely.

One other course of action would be to keep the rules in place but to simply not apply them. The NI Minister for Agriculture, Edwin Poots, made such a move himself in February when he ordered officials in his department to cease performing checks and controls on goods entering NI from GB. The order was before the High Court in Belfast the next day, and found to be dubious. The checks have continued and so has the legal wrangling.

It is complicated, so, and the sovereign government’s options are limited. The first – as you might have gathered by now – is the risk of legal challenge. The government does not have a good track record when it comes to defending some of its more irregular Brexit-process plans in court. Being snarled up in court proceedings may add to the disrepute of the judiciary in some people’s minds, but it would bring little of use to the government.

The second constraint is time. It is hard to envisage immediate practical benefits to any action or announcement the government could make. Indeed, the most direct impact will be the opposite of the certainty and stability business in NI has been calling for.

The third constraint is the reaction. The response in Northern Ireland will be intense and divided. UK government action that goes against the expressed wishes of nationalist and other parties (holding 53 of the 90 seats in the Assembly) sits uncomfortably with the requirement that it exercise its sovereign power there with ‘rigorous impartiality’, according to the terms of the 1998 Agreement itself.

Further abroad, the US government is watching closely. It has made it clear that it sees the Protocol as fundamental to protecting the 1998 Agreement. Overriding the Protocol risks damaging prospects of a UK-US trade deal – which is why Conor Burns and Lord Frost took the trouble to visit Washington in person this past week.

And what might the EU’s reaction be? The first border problem raised by scrapping the Protocol would not be on Irish land but in English waters. There does not need to be a suspension or termination of the Trade and Cooperation Agreement or a pile-on of tariffs to see rigorously-enforced border checks and controls have effects further inland and on shelves.

The EU response has to be proportionate. There may be deliberate, almost provocative, sangfroid. It could restart the infringement proceedings it began last time the UK breached the Protocol, or instigate the dispute resolution mechanisms of consultation or arbitration.

But the more the UK toys back and forth with the threat of non-implementation as a tool, the less it can be trusted. This is not cost-free. The end point (sooner or later) will have to be UK-EU agreement. Northern Ireland cannot survive a perpetual state of UK-EU conflict and legal uncertainty. It is not possible to crumple up, scrap or ignore international agreements and obligations without consequence.

There is a striking parallel between the tactics of the British government and those of the DUP: a willingness to break the law in order to prove the seriousness of your demands. But no fiery rhetoric or courageous/reckless action can change the fundamental realities. Your neighbours are not moving. You will have to learn to live with them. Setting fire to the fence may send a message, but little good can grow from scorched earth.