The contested politics of migration as a solution to labour shortages 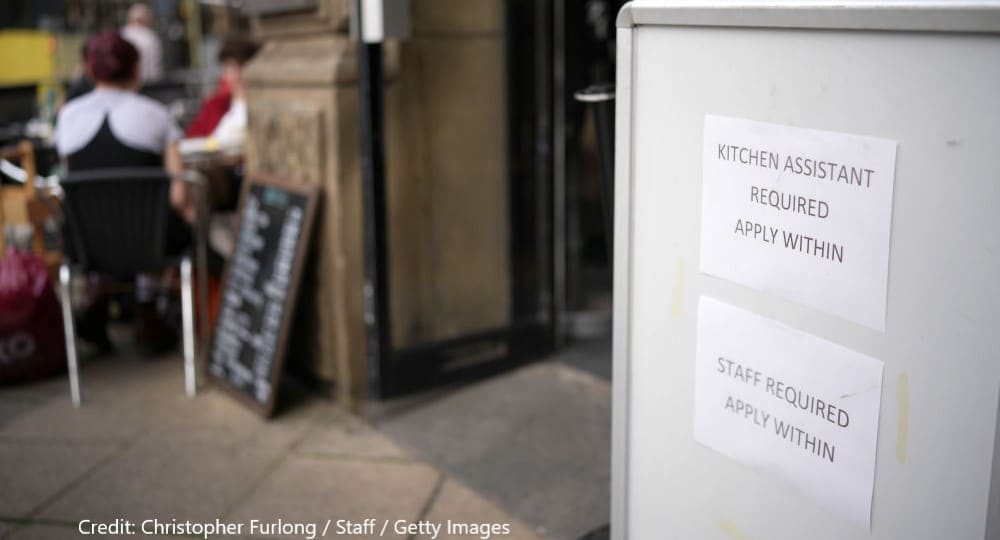 Zyama Ciupijus, Marketa Dolezalova, Gabriella Alberti, and Chris Forde explore the contested politics of migration as a solution to labour shortages, suggesting that three clear positions around migration appear to be emerging and solidifying within the current public policy debate.

In the face of continuing labour shortages and cost-of-living related wage demands, the Conservative government has found itself under pressure to widen migrants’ access to the UK for work. The head of the CBI has called for an increase in labour migration, a position also emphasised recently in their calls for a ‘targeted’ migration policy for sectors like hospitality.

Whilst the government has expressed some sympathy for the difficulties faced by businesses, political promises to reduce migration has made explicit concessions to the CBI’s demands more complicated. The short-lived Truss administration debated the introduction of so-called ‘growth visas’ to facilitate recruitment of high-skilled workers in sectors like IT. This approach is underpinned by a narrow conception of which jobs contribute to growth, undervaluing the skills in many sectors currently experiencing shortages by implicitly suggesting that their function is solely to enable economic development.

In contrast, the Migration Advisory Committee has highlighted the high economic and public value of so-called low skilled jobs, and the challenges facing these sectors given their reliance on EEA migrants and overseas migration in general.

The current Home Secretary resisted proposals to relax high-skilled migration on the basis that this would increase net migration. The new Sunak-led government appears to be looking to move beyond the fixation on net migration figures and instead stresses its openness to easing migration regulation in some areas, including STEM subject specialists. However, there remains resistance to the creation of new routes for migrant workers into many of the sectors afflicted by labour shortages.

Our Labour Mobility in Transition project explores the impact of changes in migration regulation post-Brexit, looking at convergence and conflict existing among policy actors. Three clear camps or positions around migration appear to be emerging and solidifying within the current public policy debate:

Policy tensions and compromises are likely to emerge across these three positions in the coming years. Sectoral-targeted approaches typically involve lowering existing points-based thresholds, making changes to the Shortage Occupation List, and temporarily extending the Youth Mobility Scheme in sectors like hospitality.

The current employment relations climate is also likely to impact upon decisions around migration regulation, with levels of industrial action rising over 2022, including in many sectors experiencing labour shortages. Shortages may increase some unions’ bargaining power, and may also increase pressures on the government to sanction some temporary labour migration.

The Labour Party’s plans, expressed recently by immigration spokesman Stephen Kinnock MP and party leader Keir Starmer, include keeping the existing points-based system, and adding a sectoral-based approach through the establishment of tripartite union, employer and government agreements. This would require employers to develop workforce planning around skills oriented towards domestic workers and to sign up to a Good Work Charter, with the aim of preventing wage undercutting, social dumping and the exploitation of migrants.

The Office for Budget Responsibility is predicting higher net migration over the medium-term – rising by 205,000 annually to 2026.  However, will this increase – which is largely comprised of non-EU migration – help in tackling sectoral labour shortages?

Increases in non-EU migration this year have largely been driven by Ukrainians fleeing the Russian invasion and by Hong Kong nationals coming to the UK as British Nationals Overseas. Both groups have the right to work in the UK, and often have qualifications and/or experience needed to work in sectors affected by shortages (for example, hospitality, care and nursing) but they face barriers that hinder their entry into the workforce.

There is also debate over how many EU citizens have some form of settled status but who are currently not in the UK. According to Madeleine Sumption and Dr Peter Walsh from the Oxford Migration Observatory, this figure may be as high as 1.6 million, yet it is unclear how many will re-emigrate to the UK for work. Our research shows that migrant mobility strategies can be unpredictable and do not follow mere economic logics.

Finally, it is important to consider also the proliferation of irregular mechanisms for accessing the UK labour market, in the context of rising obstacles for lower-skilled migrants, particularly, the arrival in 2022 of almost 11,000 Albanian migrants.

Paradoxically, while the ‘Brexit project’ is associated with a re-enforcement of national border controls, worker shortages and the laxity in regulating lower-paid segments of the labour market – both structural patterns of the UK economy prior to Brexit – may have weakened the UK government’s capacity to manage migration through legal and transparent means.

The pressures being faced by employers appear to be pushing the Conservative Sunak administration towards more sector-focused migration solutions to labour shortages. However, employer demands are just one of a number of factors shaping the government’s considerations: voters’ fears and preferences, electoral promises and macro-economic conditions make the formulation of migration policy highly unpredictable and challenging.

Progress will depend on the government’s willingness to calibrate and articulate acceptable solutions, as well as its ability to create widely acceptable safeguards which will satisfy varied interest groups and stakeholders. Thus far, this has been something it has been noticeably reluctant to commit itself to.