The crippling cost of a no‑deal Brexit 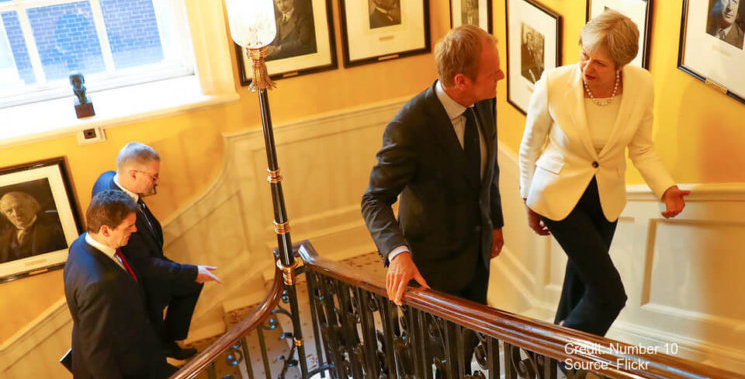 Chequers is “the only plan on the table”, according to the government. The problem is there’s more than one table. At the other Michel Barnier is sitting, waiting for the UK to come up with a proposal to resolve the Irish border.

With fewer than 200 days to go, the prospect of no deal appears closer than ever and today’s cabinet meeting will discuss in detail what it would mean and how the government might prepare and respond.

In an effort to help them out — and to fill in the gap between sunlit uplands and the zombie apocalypse — we at The UK in a Changing Europe have undertaken a detailed assessment of what no deal might mean in practice. What we find is that it would have a huge impact across many regions and sectors.

These impacts would not be uniform. Indeed, it might be that attempts at mitigation — from the stockpiling of medicines to the hiring of armies of consultants — will, in the short term, actually boost GDP. That being said, the implications of leaving the EU with no deal at all would be genuinely catastrophic in some respects.

First it is important to address the frequent conflation of “no deal” with “trading under World Trade Organisation rules”. This conflation is both disingenuous and dangerous. It is perfectly viable, over the long term, for the UK to trade as a third country with the EU and the rest of the world under WTO rules.

While this would have significant negative economic impacts — perhaps a 0.5 per cent per year growth hit over the long term, which over the long term would make us considerably poorer than we would otherwise be — the damage would be gradual.

But this focus on the WTO as a backstop for our ultimate trading arrangements tells us little or nothing about the short-term disruption that would result from a chaotic Brexit scenario, wherein the UK leaves the EU with no agreements in place.

The real impact here relates not to the longer-term trading arrangements the UK develops, but, rather, to the short term uncertainties associated with the disappearance of many of the rules underpinning the UK’s economic and regulatory structure.

The most obvious, and important, of these would be our trade with the EU. This would not grind to a halt but delays and disruption would be inevitable as both ports (especially Dover) and businesses adapted to new, and far more bureaucratic and cumbersome, procedures.

It’s not just about trade. The impacts would be felt in sectors from agriculture to financial services, transport and pharmaceuticals, which would see their current business models radically disrupted.

There might be a few winners — taking back control of our fishing grounds at the same time as cutting off our main export market should be good news for those of us who eat a lot of fish. Overall, however, the picture is bleak.

Those most directly affected will be Britons living elsewhere in the EU. The British government has promised it has no plans to simply “turf out” EU citizens, regardless of the outcome of negotiations.

And the main provisions of EU law have been fully incorporated into UK law by the EU Withdrawal Act, so their status won’t be under immediate threat.

But this is not so for Britons in the rest of the EU, whose legal status would immediately become unclear. The risk is that both groups become “bargaining chips” and even in the best case they face an uncertain future.

Some argue that, in practice, a series of mini deals might mitigate the impact of a no-deal outcome.

There is some truth in this: but we need to distinguish between actions that are under the control of the UK government (building new customs infrastructure, stockpiling medicines, creating new regulatory institutions) and those that are not (for instance negotiating memorandums of understanding sufficient to keep flights in the air).

When it comes to the latter we must consider the politics. No deal will doubtless generate much bitterness and mutual recrimination as each side blames the other for the breakdown of the talks.

Under such circumstances it is hard to see how the UK could continue to make financial contributions to the EU. And if it doesn’t, the EU has little incentive to negotiate mitigating actions that are far more important for the UK than for the 27.

What will all this mean for the UK economy? In the run up to no deal, the worry is less about a full-scale crisis in financial markets than a slow erosion in business and consumer confidence.

This would manifest itself via reductions in business investment and consumer spending, and the relocation of business activity from the UK to the EU27 in anticipation of the possible disruption of supply chains (some would likely move the other way, although almost certainly considerably fewer).

A chaotic Brexit would hit many businesses with a sharp rise in input prices, resulting from the fall in sterling and the imposition of tariffs on EU imports (or their replacement with more expensive ones sourced from outside the EU), while consumers would face rising inflation at a time when they will be trying to reduce their spending.

The impact of any disruption of supply chains or restriction of access to EU export markets would come on top of this and could be very severe.

Of course government can and would act to support the economy. The Bank of England would be likely to raise interest rates more slowly than it otherwise would have done.

And the Treasury is unlikely to fund any necessary increase in spending by taxes or other spending cuts. Instead, it would let borrowing take the strain.

There will be no repeat of George Osborne’s threat of a “punishment Budget” — widely, and correctly, perceived as scaremongering. But a severe recession, while not inevitable, would certainly be a possibility.

While a chaotic Brexit is unlikely, it cannot be ruled out, whether design or (more likely) by accident. And its impacts would be severe and overwhelmingly negative. The chances of negotiating mitigating deals seem slim. It makes perfect sense to plan for such an eventuality. It makes much more to avoid it altogether.