The Croatian presidency of the EU 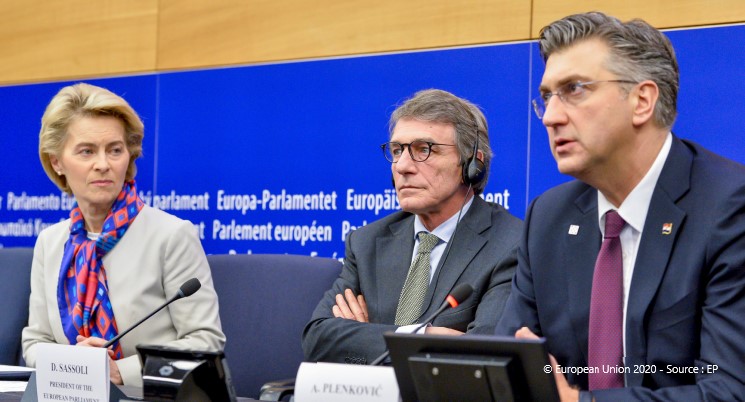 The Croatian presidency of the Council of the European Union is unlikely to have any significant impact on EU affairs, since it will be overshadowed by Brexit and ongoing EU reforms in which Croatia has only tended to play a peripheral role.

Croatia will, however, play an active role in putting EU enlargement back on the agenda, which will have two implications.

First, it will provide an opportunity for the EU to reform and reassert its approach to enlargement, which has stagnated in recent years. Second, it may well highlight Britain’s diminished capacity, after Brexit, to influence countries on Europe’s periphery, such as the Western Balkans.

A period of change

This change is occurring against the backdrop of numerous challenges facing the Union: a faltering enlargement process; rising populism across Europe; uneven economic development of EU members; climate change; a refugee and migration crisis; and a tense international situation (including in Europe’s vicinity).

Croatia can only play a peripheral role in most of these areas.

Its government, however, will attempt to focus on EU enlargement in the region: this is a stated foreign policy objective, and the government will be eager to show the Croatian public that it can exert influence in the region.

The government – led by the Croatian Democratic Union (Hrvatska demokratska zajednica, or HDZ) – will hope that this posturing proves popular with voters in the upcoming parliamentary elections this year.

EU enlargement has stalled due to the EU’s reluctance to welcome new member states, and the reluctance on the part of numerous Western Balkan states to enact the reforms necessary to meet the accession criteria (more details on this can be found here).

Brexit has put further strain on this: not only is the Union trying to stave off an existential crisis, its policymaking institutions are consumed by the Brexit process, thereby deprioritising enlargement.

The nadir of this trend was the failure of the European Council to agree on the opening of accession talks with North Macedonia and Albania in October 2019, which seemed to shut the door to further EU integration in the region.

Croatia sees this situation as an opportunity to put its own stamp on this part of EU policy.

The failure to begin accession talks has reignited discussions about enlargement and raised questions about whether membership remains on offer.

Croatia will hold a summit in May to discuss a start date for Northern Macedonian and Albanian accession talks, as well as to push for closer ties with Serbia and Bosnia-Herzegovina.

The Croatian government will hope that the circumstances will allow them more success than previous attempts: the 2018 Western Balkans summit in London was overshadowed by Brexit, and the 2018 Sofia Summit resulted in few tangible outcomes.

Croatia’s presidency, despite its overall peripheral role, provides an insight into enlargement dynamics after Brexit.

The UK has historically been an important driver of enlargement, and was frequently a key advocate of enlargement in the Balkans – while many other member states have become critical towards enlargement (although James Ker-Lindsay has pointed out that it is debatable if this would have continued).

Its departure from the Union will surely draw some of the energy out of the process.

Importantly, though, this may also have consequences for countries in the Western Balkans that are contemplating accession (outlined in detail by Florian Bieber).

With Brexit the appeal of accession may well decrease, and – depending on how the trade talks pan out – might show such states the areas on which the EU is willing to compromise.

The unpredictable European context, and the evident constraints on the EU’s ability to police its members (witness the tensions between the EU and Hungary and Poland) and manage relations with outgoing or incoming states, will likely dampen efforts toward much-needed democratic reform in the Western Balkans.

The period of the Croatian presidency may highlight these challenges, but it will also provide the EU with an opportunity to reshape the enlargement process and re-establish itself in the region (potentially along less technical lines).

Britain, on the other hand, risks becoming irrelevant, as argued in more detail here.

The Western Balkans summit in London in 2019 was emblematic of this: Britain insisted on holding the event by arguing that although it was leaving the EU, it was not leaving Europe.

Instead, the completely opposite message was sent when the then Foreign Secretary, Boris Johnson, did not attend – as he was busy resigning.

It showed the apparent indifference to a region where, as argued by Marcus Tanner, Britain was once a highly influential actor.

It is reasonable to expect British influence to diminish. Its influence in the region was always political rather than economic, and it is not directly tied to the region in the way that Germany, Austria, Italy and France are – culturally, politically or economically.

But Britain has been a leader in attempts to stabilise the region, especially in Bosnia-Herzegovina and Kosovo.

Britain is unlikely to be able to continue in this capacity outside of the EU. The carrot of accession was instrumental in British efforts to improve relations between Kosovo and Serbia, and generally to promote reforms in Bosnia-Herzegovina.

Britain has limited avenues to replace this influence: NATO, for example, focuses on security, as opposed to economics, culture and politics, and it holds little appeal to parts of the region, especially Serbia.

The broader effects of this loss of influence in the Western Balkans highlight the diminished power Britain may end up having to influence international affairs.

Its inability to promote reforms in regions such as the Western Balkans can have significant effects on its capacity to fight organised crime originating in the region, to oppose Russian tactics (if they were to become significant) and to take part in joint counterterrorism action.

These are all central to the core of British foreign policy.

By Dr Ivor Sokolić, Research Officer at the European Institute and an Associate Member of LSEE at the London School of Economics and Political Science.