The Danish government is a firm supporter of UK demands, albeit with some caveats 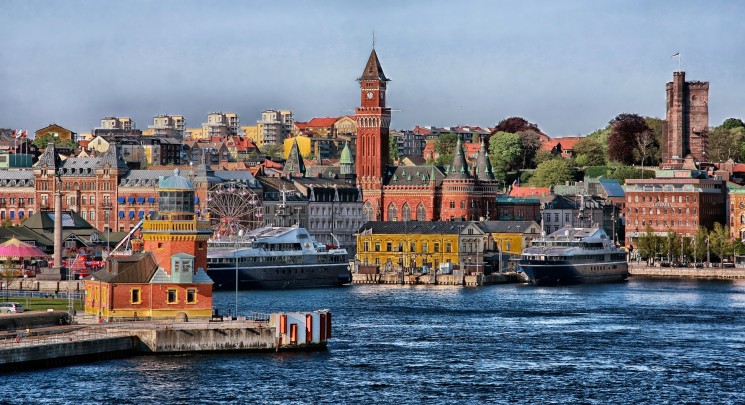 David Cameron’s presentation of Britain’s renegotiation demands at the European Council Meeting in late June 2015 coincided with a change of government in Denmark. This change of government has had significant implications for the Danish stance on the UK’s renegotiation of its relationship with the EU. As a result of the Danish general elections on 18 June 2015, the centre-left Social Democrat/Social Liberal coalition government was replaced by a government consisting only of the right-wing Liberal Party. The outgoing Prime Minister, the Social Democrat Helle Thorning-Schmidt, represented Denmark at the European Council Meeting, but her ability to react to David Cameron’s presentation of the British demands was affected by the incoming government’s different line on British renegotiation.

The former government wanted to keep the UK in the EU, but stressed that Denmark should stay as close as possible to the EU core. It was also sceptical towards limiting welfare benefits for workers from other EU countries. The new government has no permanent majority across policy areas but is kept in power by the support of the Eurosceptic Danish People’s Party, the Eurosceptic New Alliance and a much-reduced Conservative Party, which has become increasingly sceptical towards EU integration. The four parties had agreed on a common document prior to the 18 June elections which stressed the need to restrict the access of EU workers to social benefits in other EU countries and that they would, in general terms, support the UK renegotiation.

These elements found their way into the new Liberal government’s policy programme issued at the end of June. The Danish Government aimed to ensure that “national welfare systems were not undermined by EU rules”. The government would “work with like-minded countries in order to revise EU rules on welfare benefits for mobile workers as soon as possible”. Last but not least, the Danish government would “support the British government’s endeavours in order for the UK – one of Denmark’s most crucial partners – to remain centrally placed in the EU.”

The post-June Danish government is therefore to be counted as a firm supporter of the British demands for renegotiations. In the press release just before Prime Minister Lars Løkke Rasmussen’s meeting in Downing Street on Monday 21 September, it was stressed that Denmark and the UK had many common interests in relation to free-trade, expansion of the internal market and a strengthening of member states’ competitiveness. It stated that, “we want to work together with the UK on modernising EU-legislation on welfare benefits”.

Although it has not been expressed directly, it is conceivable that Denmark would be willing to support the UK on elements such as its problems with the preamble, protection of rights for non-euro member states and a stronger role for national parliaments in some form or another. However, there are limits to this Danish support. Denmark does not want treaty changes. The Danish government still stresses that it wants to stay as close as possible to the EU core.

A referendum will take place in December this year on whether Denmark should replace its exemption on justice and home affairs with an opt-in possibility to take part in legislation on Justice and Home Affairs – like the UK’s present arrangement. Denmark – like the UK – does not take part in the EU’s asylum policy and will not do so in the short term even if it is a yes in December.

The referendum is supported by the traditionally pro-EU parties in the Danish Parliament, including the Conservative Party. The present Danish government does not want a Danish in-out referendum à la the UK and there is no majority in the Danish parliament for such a referendum. However, the Danish People’s Party does want a Danish referendum like the British one and holds up the British endeavours as an example to follow. The British renegotiation has clearly given impetus to Danish right-wing Euroscepticism.

This article by Professor Henrik Larsen, Jean Monnet Chair in European foreign and security integration at the Department of Political Science, University of Copenhagen, originally appeared in LSE’S EUROPP blog.