The (dis-)integration of intergovernmental relations 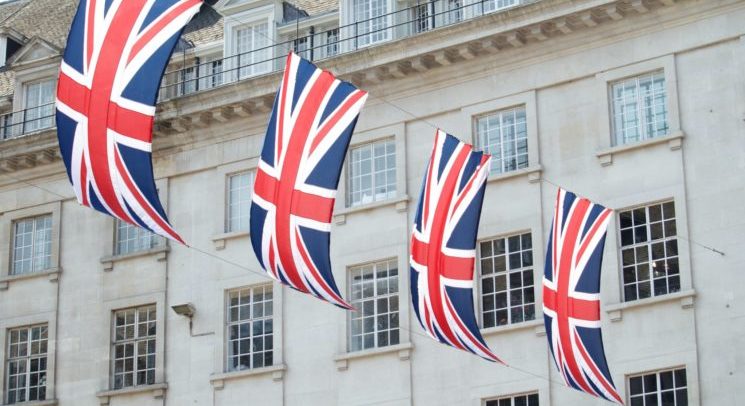 The UK’s devolution settlement was intended to establish a dual allocation of fiscal and legislative powers across different levels of governance. High levels of self-rule and exclusive jurisdictions for each government do not require close coordination and cooperation of policies and legislation. The EU has provided a quasi-federal constitution under which the devolution settlement has evolved. This system integrates the legal frameworks and the intergovernmental interaction across – and within – member states.

While the gradual devolution of competences to the Scottish Parliament and to the Welsh Assembly has increased the functional and political interdependencies of different levels, the existing intergovernmental arrangements have not effectively adjusted to this.

The various memoranda of understanding between the central government and the devolved administrations are not legally binding, and essentially rest on the goodwill of the UK government. The Joint Ministerial Committee (JMC) – the highest intergovernmental forum – meets in secret, and its detailed protocols are not available to the public.

Leaving the EU has exposed the lack of institutions and procedures to deal with the growing overlap of responsibilities. Central government, and its devolved counterparts, have realised that without the overarching framework of the European single market the devolution settlements struggle to operate in practice.

The JMC for the European Negotiations (EN) was added to the wider JMC set-up in 2016 in order to ‘work collaboratively to: discuss each government’s requirements of the future relationship with the EU’.

The terms of the JMC EN may be favourable to the devolved administrations, and recently its meetings were held outside London for the first time (in Edinburgh on 10 October 2019 and Cardiff on 28 January 2020). Yet, after 22 meetings the Welsh and Scottish governments have continued to raise the lack of meaningful consultation over the future relationship with the EU.

In contrast to the UK government, the Scottish and the Welsh governments want to be closely aligned to the European single market and have expressed concerns that legislative powers repatriated from the EU will be centralised by the UK government.

Initially, the second European Union Withdrawal Bill introduced in July 2017 provided that the UK government would be able to pass primary and secondary legislation in areas of policy repatriated from the EU. A concerted lobbying campaign by the Welsh and the Scottish governments then softened what they called ‘a power grab’.

According to the amended section 12 of the EU Withdrawal Act passed in 2018, competences in devolved areas will now be allocated to the devolved institutions. During a two-year period starting on 31 January 2020, the UK government will be able to freeze ‘devolved competence in relation to EU law for … up to five years’ and to amend domestic legislation covering aspects of devolved policy.

Brexit has intensified the need for cooperation to create a UK internal market replacing the rules of the European single market. At the JMC EN meeting in October 2017, all governments agreed ‘to work together to establish common approaches in some areas that are currently governed by EU law, but that are otherwise within areas of competence of the devolved administrations or legislatures.’

In March 2018, the UK government identified the priority areas of interaction between devolved and reserved matters to preserve the UK internal market. According to the Revised Framework Analysis issued in April 2019, 21 areas require common legislative frameworks and 78 require non-legislative frameworks implemented through statutory instruments, memorandums of understanding or concordats.

Cooperation on the common frameworks started in 2018 with detailed discussions between officials from all administrations. Subsequently, inter-ministerial groups and working groups at official level from different policy areas have met on a regular basis.

Strongly driven by the Welsh government, and modelled on the working relations between DEFRA and the devolved counterparts, a web of intergovernmental arrangements has evolved below the constitutional arrangements.

The devolved administrations have a strong interest in maintaining cooperative relations, if they want to feed their preferences into UK government policies. The Scottish government has shifted from its initial confrontational approach to a more cooperative one, and officials have described the joint discussions as consensual.

In turn, functional demands constrain unilateral actions by the UK government, as many provisions of the UK internal market, and trade agreements, need to be implemented by the devolved administrations. The exchange between governments, particularly at official level, have contributed to a better understanding of devolution at Whitehall.

The UK government has acknowledged the need for new modes of coordination, cooperation, decision making and dispute resolution, and has stated that ‘[t]he UK, Scottish and Welsh governments and Northern Ireland Civil Service are working together to promote the establishment of such arrangements.’

The common frameworks have not been concluded yet, and may take a different direction under the new UK government – but they indicate a step towards a more integrated system of shared policy and decision making.

In political and constitutional terms, Brexit has provoked serious questions about the value of the Union for the different territories. Witness the fact that the European Union Withdrawal Agreement Bill was the first bill to be rejected by all devolved legislatures: Holyrood on 8 January, Stormont on 20 January, and the Senedd on 21 January. Nevertheless, their non-binding veto was ignored by the UK government and the bill passed the final stage at Westminster on 22 January 2020.

In their current form neither the Sewel Convention nor the JMC can ensure that the devolved administrations have confidence and a considerable say in intergovernmental affairs.

Yet, the Welsh government viewed the breach of the Sewel Convention as having happened under the exceptional circumstances, rather than seeing it as triggering a constitutional crisis. It appreciated that for the first time the UK government explained why the devolved administrations’ withholding of consent had been disregarded.

The Welsh government is actively promoting the review of intergovernmental relations, and calling for procedural guarantees to involve the devolved administrations in the JMC agenda setting and the forthcoming negotiations with the EU and third countries. For the Scottish government, meanwhile, independence remains the ultimate objective.

At the UK level, there are no serious political ambitions to turn the Union into a federal polity with a constitution protecting the rights and powers of the devolved institutions or a territorial chamber within Parliament. Nevertheless, in order keep the Union together and operational, the UK will have to move gradually to a more integrated system of intergovernmental relations.

By Dr Marius Guderjan, lecturer and researcher in British Politics at the Centre for British Studies at the Humboldt-Universität zu Berlin, and Honorary Research Fellow at the University of Stirling.