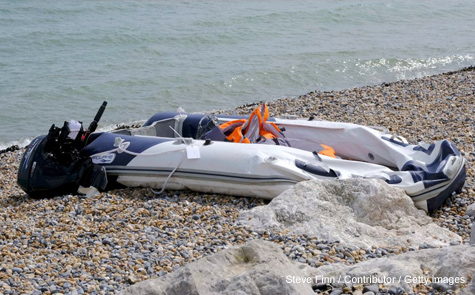 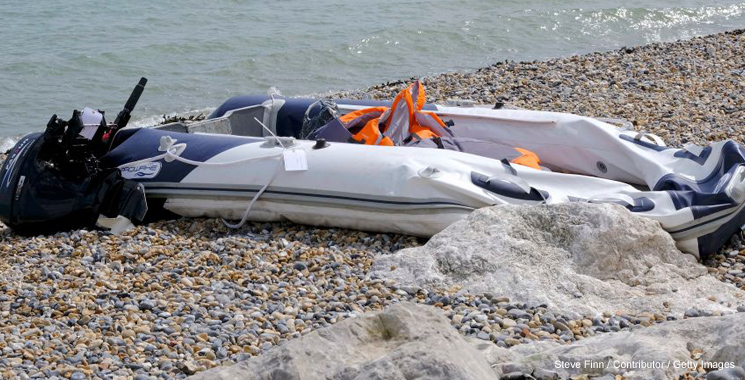 One key feature of the debate on Channel crossings is the impact of the EU’s ‘Dublin system’, allocating responsibility for asylum applications between EU member states.

I have written more broadly about the legal issues of the Channel crossings here, but it’s worthwhile having a deeper look at the Dublin system – particularly as it has a specific link to Brexit.

The Commission proposed a new Regulation in 2016, but it has not been agreed; it will relaunch talks in autumn. National courts in the EU and in the UK can send a case before them to the ECJ to ask it for a binding interpretation of the Regulation, and many have done so.

The Dublin rules also apply to the non-EU states that have signed up to the Schengen rules on open internal borders, because they come as a package with Schengen.

This takes the form of treaties between the EU and Norway/Iceland, Switzerland and Liechtenstein.

Where should asylum seekers apply for asylum?

The UN Refugee Convention is silent on where asylum seekers should apply. Its definition of ‘refugee status’ does not exclude people based on whether they entered a territory illegally or could have applied elsewhere.

However, the Dublin system is based on the idea that an application should only be considered once by one of the participating countries, and sets out criteria to determine which country that is and a process to transfer the people concerned to that country if necessary.

The Dublin rules are often described as allocating responsibility to the country which an asylum-seeker first entered. But this is an over-simplification.

The Regulation first sets out a special rule for responsibility for unaccompanied minors, then allocates responsibility where a family member of an asylum seeker already has refugee or subsidiary protection status, or has applied for it.

After that point, it assigns responsibility to the state where the asylum seeker has stayed for more than five months. This last criterion would be particularly relevant to crossings between France and the UK – but the law requires the UK to prove that period of prior residence, which may be difficult to do. Merely having come to the UK from France is not sufficient.

While the Dublin system assumes that participating countries are ‘safe’, this presumption is rebuttable under the case law of the ECJ and European Court of Human Rights, either where there is a systemic problem with the asylum system of a member state (NS and MSS), or where there are problems for specific asylum seekers amounting to a real risk of torture or inhuman or degrading treatment (Tarakhel and CK).

This might be hard to prove as regards France, but then the bigger problem may be for the UK to prove that France is a responsible country under the Dublin criteria anyway, in light of the five month rule.

It’s easier to prove where the individual has been fingerprinted already as an asylum-seeker or irregular entrant under the EU’s Eurodac system; but that is not always the case, and the UK will also lose access, as things stand, to Eurodac at the end of the year.

The UK has proposed treaties with the EU on readmission and unaccompanied minors which would take over aspects of the Dublin rules, but so far the EU has not been willing to negotiate on this. It would also be possible to negotiate bilateral treaties on this with individual countries.

In fact, the UK has bilateral treaties with France and other countries already: for instance, the Le Touquet treaty says that an asylum claim made to a UK official carrying out border checks in a French port is the responsibility of France.

However, those treaties do not cover the position of people who make it to UK territory and apply for asylum there.

Replacement treaties could, as the UK government has suggested, simplify the rules – for instance, requiring a return to France without having to prove a five months’ stay.

The UK government might also not wish to roll over the provisions in the Dublin Regulation on asylum seekers’ rights to challenge transfer decisions, or the limits on detention in the Regulation. This does depend, however, on the other country or the EU being willing to agree. But will it?

The current five month rule was the product of difficult negotiations on the Dublin II Regulation from 2001-02: the Commission had proposed only two months, but this moved to three months, then four months, then the final five months (with reluctance from France) during negotiations.

At the same time, the UK agreed to take over 1,000 people from the Sangatte camp in return for France closing it down. Curtailing human rights protections might also lead to legal challenges.

So after the end of the transition period, it might be easier to get France and other EU countries to accept returns of asylum seekers from UK territory, if treaties are agreed. Conversely, in the absence of such treaties, it might be harder. Time will tell which.

By Steve Peers, professor of Law at the University of Essex and research investigator for The UK in a Changing Europe.