The DUP and the Protocol 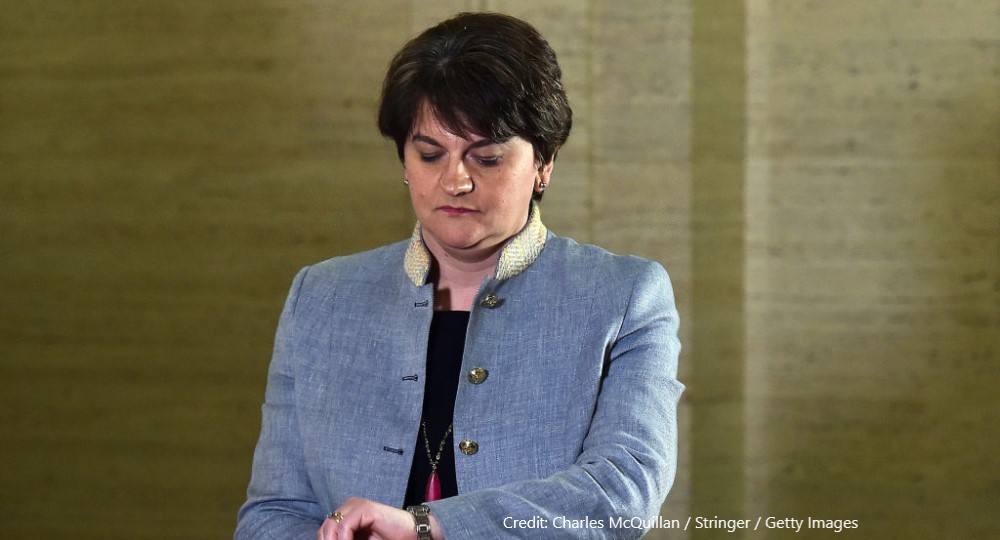 The Democratic Unionist Party (DUP) staunchly opposed Johnson’s Withdrawal Agreement, fearing the long-term consequences of the Northern Ireland/Ireland Protocol. The party shows no clear sign of coming to terms with it anytime soon.

In many ways it’s not difficult to see why. In 2018, Theresa May told the House of Commons that “no UK Prime Minister could ever agree” to “a customs and regulatory border down the Irish Sea.” Her successor made a similar pledge while still reliant on the DUP for a parliamentary majority.

Despite these commitments, the Protocol does indeed create an effective trade border down the Irish Sea. It does not change Northern Ireland’s constitutional position; only a referendum can do that. But it has considerable symbolic, as well as economic, significance.

The new arrangements represent a profound political failure for the DUP. Having held the balance of power at Westminster for the two crucial years during which the Withdrawal Agreement was negotiated, the pro-Brexit party could conceivably have used its influence to push for as soft an exit from the EU as possible.

Pushing for a soft Brexit in the immediate aftermath of the 2017 General Election, when some form of fundamental compromise was perhaps most realistic, could have helped the party secure its primary goal – that Northern Ireland should depart the EU on the same terms as the rest of the UK – while preventing the need for any new border infrastructure on the island of Ireland.

The DUP now finds itself in a political quagmire. Its leader, Arlene Foster, continues to insist that supporting Brexit was not a strategic mistake. At the start of the year she described it as a “gateway of opportunity.” Acknowledging her continued reservations about the Protocol, she nonetheless accepted that “it is here”.

That was then. Less than a month later, the DUP is now calling for the Protocol to be scrapped altogether. Three factors help to explain why the party’s position has reverted back to one of resistance towards the new reality, rather than evolving into one of acceptance.

First, many prominent figures in the DUP did not echo Foster’s initial pragmatism. As the scale of disruption facing trade between Great Britain and Northern Ireland became more apparent, these were viewed less as “teething problems” and more as fundamental issues with the Protocol.

Northern Ireland’s Secretary of State, Brandon Lewis, instead denied the existence of any Irish Sea border. The conditions for the UK invoking Article 16 seemed remote.

Then, in the space of a few hours on a Friday evening, the political landscape dramatically shifted. On 29 January, the European Commission took everyone by surprise by announcing plans to invoke Article 16 ‘in order to avert serious societal difficulties due to a lack of supply threatening to disturb the orderly implementation of the vaccination campaigns in the member states.’

The move achieved the relatively rare feat of uniting all of Northern Ireland’s main five parties – unionist, nationalist and other – along with the British and Irish Governments. All were firmly opposed to the move.

This was the second important factor in explaining the DUP’s current position towards the Protocol. Criticising the “act of hostility” by the Commission, it provided an opportunity for Arlene Foster to repeat, with greater credibility, her party’s calls for the UK Government itself to invoke Article 16.

So far the UK Government hasn’t done so – but it has spoken openly about the possibility. “We will do everything we need to do to, whether legislatively or indeed by invoking Article 16 of the Protocol, to ensure that there is no barrier down the Irish Sea,” Johnson told Parliament on 3 February.

The DUP will have been pleased by this shift in tone in London – and the greater recognition that a trade barrier does currently exist – but it will be disappointed that the UK Government is not going any further for now.

This brings us to the third factor: pressure on the DUP within unionism. None of the main unionist parties in Northern Ireland have supported the Protocol, and all have called either for its outright abolition or for fundamental changes to be made.

In the most recent poll of voting intentions conducted by LucidTalk, support for the DUP fell to 19%, nine points lower than its percentage of first preference votes in the most recent Assembly election.

With an Assembly election scheduled for next year, the DUP will be keen to reassert its position within unionism. For now it seems to have calculated that the best way of doing this is to double down with its calls to ‘free us from the Protocol.’

Still, it is difficult to see how the DUP can meet the key goal it has set itself. Triggering Article 16 is not a long-term solution, and no practical alternative to the Protocol has been offered.

Ironically, the Commission’s blunder could present a much more realistic opportunity to persuade the EU to compromise on some of the issues that are causing the biggest problems to GB-NI trade, and giving businesses more time to prepare to make new arrangements work.

Instead, by calling for the outright abandonment of the Protocol, the DUP undermines its ability to take credit for any improvements in the way the arrangements work in practice over time.

It also undermines efforts to take advantage of the potential ‘best of both worlds’ available to businesses in Northern Ireland through unfettered access to the whole of the UK internal market and the EU’s Single Market.

There are clear dangers in raising the rhetoric, and raising expectations, in the absence of any realistic alternative. As officials were withdrawn from Larne and Belfast ports over concerns for their safety, the Chief Constable for Northern Ireland appealed for “calm, wise heads” to help stabilise an “increasingly febrile” political backdrop.

Many unionists are understandably frustrated that with so much effort made to avoid any hard land border on the island of Ireland, avoiding a new trade border within the UK did not become a comparable political priority.

Through their own decisions, the DUP and ultimately the UK Government bear a good deal of responsibility in creating a scenario so predictably unpopular among unionists in Northern Ireland.

The question is what to do next, as the reality of Brexit sets in. By calling for the abandonment of the Protocol, rather than attempting to make it work, unionist leaders risk turning away from a potential, if imperfect, “gateway of opportunity” and instead heading down a cul-de-sac.