The economic impact of Brexit on women 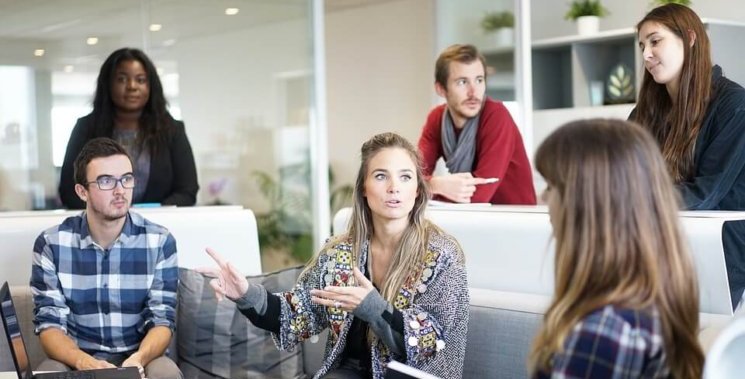 It is well established that trade agreements can have significantly different impacts on different groups of women and men as a result of differences in economic position, caring responsibilities and political power.

It is still not clear what trade agreement the UK will reach with the EU, and therefore what trade agreements with the rest of the world will be possible and/or necessary. This means that it is hard to be certain about overall economic impact, or specific gender impact.

However, we do know that there is general agreement among economists that GDP will be lower than it would have been had we stayed in the EU. Estimates range from 1.5% lower if we stay in the single market and customs union (both of which have been ruled out by the government) and 9.5% lower if we leave with no deal. So, the overall impact of Brexit is likely to be negative, and a ‘hard Brexit’ is likely to be the most damaging. This will affect women as users of public services, as workers and consumers.

To start with public services. We also know that if the government decides to cut public spending in response to lower GDP this will hit women hardest. Since austerity measures were introduced in 2010, research by the Women’s Budget Group and the Runnymede Trust has shown that among the poorest 20% of households, black and Asian households have seen their living standards fall by 11.6% and 11.2%, while the living standards of white households in this group fell by 8.9%. In cash terms this represents a cut of £5,090 for black households, £6,526 for Asian households and £3,316 for white households.

At the same time a weakened negotiating hand for the UK as a result of Brexit may result in new trade agreements under which a foreign service supplier could challenge regulations designed to protect the quality of public services, on the basis that they may constitute a trade barrier.

Meanwhile the quality of public services, particularly the NHS, is additionally under threat from the potential loss of EU workers who may decide, or be forced, to leave the UK post Brexit.

Furthermore, the NHS is set to lose money through the loss of capital financing from the European Investment Bank, the rising cost of recruitment, and higher costs of pharmaceuticals and other medical products as a result of Brexit.

As workers, women in sectors dependent on trade with the EU will be affected by increased barriers to trade. The impact will be particularly severe in the north of England and Wales, which rely more heavily on EU exports (61% of all exports in this region) than the national average (49%). Sectors such as financial services and some manufacturing sectors employ a large proportion of women and are likely to be badly affected.

At the same time sectors relying on imports from the EU are likely to face increased costs. Depending on how the industry and employers adapt, workers may face lay-offs or worsening of working conditions and pay.

Much of the legislation protecting equality and workplace rights that women benefit from originated in, or was strengthened through, the EU. Although this is being incorporated into UK law through the European Union (Withdrawal) Bill, it is vulnerable to change by a future government.

Health and social care are heavily female-dominated sectors (77% of workers in the health sector and 80% in social care are women), and these sectors employ a large number of, low-paid and casual workers. These workers may be most at risk of a post-Brexit gradual eroding of employment standards, for example employment protection and minimum wage regulations.

The impact of Brexit on consumers will be gendered because women are the main managers of family budgets and the shock-absorbers of poverty, and in attempting to shield their families from poverty’s worst effects women tend to bear the brunt of the effects.

If tariffs on food are increased, leading to rising prices, this will hit the poorest households hardest: the poorest tenth of households spend 23% of their spending on food, compared to the richest tenth who spend 10%.

Once the UK leaves the EU there will be nothing to prevent a future government from reducing consumer rights. There are particular risks of rolling back of consumer rights including food standards if the UK makes a poor deal with the EU and is therefore in a weaker position to negotiate with other countries.

The US, for example, allows for the chlorination of chicken or hormones in beef and would be likely to want to ensure access to UK markets for these products

So although we cannot predict with certainty what the gendered impact of Brexit will be, we can be certain that there will be a gendered impact. The UK government must carry out equality impact assessments, not only of any future deal with the EU, but of trade deals with other countries if these impacts are to be avoided.

By Mary-Ann Stephenson, director of the Women’s Budget Group.