The economic impact of Brexit 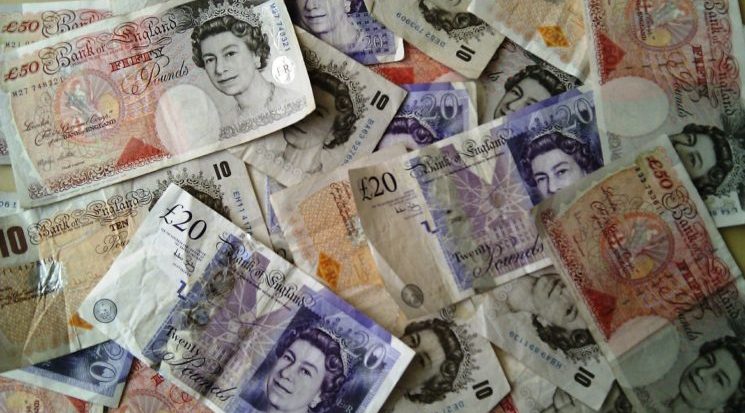 Now we know: the choice facing UK voters seems to have crystallised into one between opting for ‘remain’ if the strength of economy is your priority or ‘leave’ if you want to curb migration. As so often in the less than edifying referendum debate, this is something of a false dichotomy. Migration, for instance, has added to economic growth, helped fill labour shortages (notably in construction and the health service) and had a positive effect on the public finances, but it has manifestly caused difficulties in local areas where neither public services nor infrastructure have kept pace. More generally, finding reliable information has proved tricky and many of the more assertive claims crumble when properly analysed.

Yet in some domains, the weight of evidence is compelling. As a new paper surveying the economic impact of Brexit shows, the great majority of macroeconomic studies project a long-term loss of GDP for the UK economy compared with the status quo projections of remaining in the EU. A couple of studies are more positive, but the verdict of most economists is that they rely on the least credible assumptions about what will happen and, in some cases, use dubious methods of analysis.

Any attempt to anticipate what may happen in the long-term has to be cautious because of the many unknowns and the prudent researcher will always specify a range. For this reason, claims, such as the assertion by George Osborne that Brexit will mean a loss of GDP of £4,300 per household, are exercises in spurious precision and should be taken with a sizeable pinch of salt.

That said, there is a consensus, even including proponents of ‘leave’, that there would be an immediate negative ‘shock’ to the UK economy from Brexit. The Brexiteers argue that it would be short-lived, whereas others, including the Treasury and international organisations such as the OECD, fear that it could tip the UK into recession and have longer-term effects.

The two main reasons for this short-term effect, according to the Treasury, are that the uncertainty about the outcome deters investment and that there would be transitional costs of shifting to a new regime for trade and investment. The UK economy has slowed in recent months and, although there could well be other reasons, uncertainty has been a factor. Other short-term effects could derive from currency volatility and financial market reactions. The Bank of England, in particular, has warned repeatedly that Brexit could result in financial instability.

The reasonable conclusion to draw is that British GDP will be lower in the short-term if Brexit happens than if Britain remains in the EU and that there is likely to be slower growth in future than would otherwise be the case.

For individuals, though, what matters most is the security of their job or the opportunities for their children, whether they can rely on publicly funded health care and education, housing, and other dimensions of well-being. Much has been made in the referendum campaigns of the potential windfall gains from no longer having to contribute to the EU budget, on the one side, and on the other, of the risks to jobs ‘dependent on the EU’, of which there are some 3.3 million according to the latest Treasury estimate. Both are valid points for debate, but they overlook the much more important influence of overall macroeconomic performance on jobs and the public finances.

Although many of the claims about the direct financial cost to the UK are exaggerated, often with the intention to mislead (see a paper on who pays for Europe), the effect of Brexit on the public finances will, as an IFS study shows, be dominated by macroeconomic effects. Even a relatively small loss of GDP of just over 1% would leave the public finances no better-off, while some of the larger figures for GDP loss would overwhelm the savings on the membership fee.

Much the same is true on jobs. Demand from other EU countries constitutes around 12% of final demand for UK goods and services and this translates into the 3.3 million jobs statistic. It does not, as some campaigners wrongly imply, mean that those jobs are necessarily at risk from Brexit. Nevertheless, job losses are likely in some sectors of activity, although in others Brexit could see an increase in jobs, in both cases depending on what replaces the current arrangements.

Again, however, the GDP effect on jobs would be much more significant. According to the Treasury, in its least negative assessment of the immediate effects of Brexit, unemployment could increase by some half a million if their projection of a short term hit to GDP is correct.

A dimension of the economics of Brexit that has been given less attention is how different parts of the UK will be affected. Some industries likely to be disproportionately affected by a new trade regime are concentrated in certain regions: examples are the car industry in areas like the North East or financial services, both in London and regional financial centres such as Manchester or Edinburgh. In addition, the regional distribution of jobs could be influenced by shifts in the destination of foreign direct investment into the UK, a pattern already seen following the 2008/9 recession, when the North of England lost ground relative to the South.

Local effects can also result from policy changes. As explained in a further new paper by Bachtler and Begg, economic development policies across the UK have been strongly influenced by the EU approach and funding – known as Cohesion Policy. The policy has been especially valuable in some of the least prosperous parts of the country, notably Cornwall & the Isles of Scilly and West Wales & the Valleys. The verdict of the paper is that, on balance, economic development policy at sub-national policy in the UK would have more to lose than to gain from Brexit. A challenge policy-makers would have to confront post Brexit would be what to put in place instead and the paper shows that deciding this will be far from easy.

It can be hard to translate GDP figures into what matters for individuals or families. But the overall performance of the economy following a Brexit will be crucial in determining both the aggregate number of jobs in the economy and the ability of the government to deliver public services, affecting everyone.

Even so, macroeconomic data can be hard to relate to individual circumstances: when all is said and done, none of us is average…

Iain Begg is a Professorial Research Fellow at the European Institute, London School of Economics and Political Science, and Senior Fellow on The UK in a Changing Europe Initiative. Click here for a more detailed examination on the implications of a possible Brexit on cohesion policy.