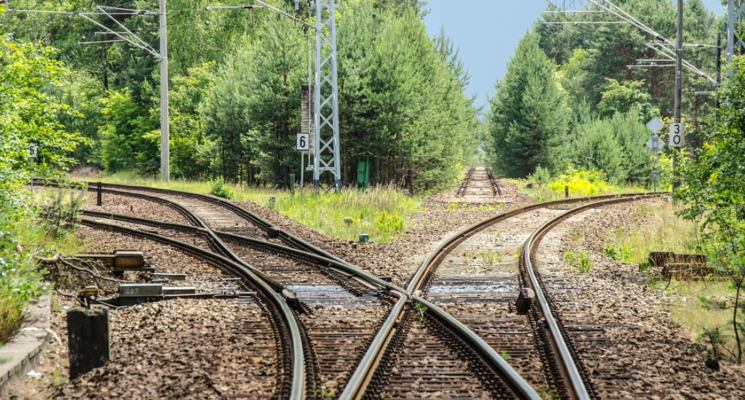 Economic forecasting is difficult enough in normal times. When the range of possible outcomes – from no deal to remaining in the EU – is as wide as it as at the time of writing, it is close to impossible. Nevertheless, we can look at the main scenarios.

Scenario A: if the Withdrawal Agreement is passed

While the government claims that the deal offers businesses certainty, that is only true only in the short-term, and only by comparison to the chaos of no deal. A transition period will guarantee the status quo until at least the end of 2020, but we still know little about what happens after that.

The deal sets out a broad framework – the ‘Political Declaration’ for the future economic relationship between the UK and the EU – which is not binding on either side. And it is unclear how much potential political instability, both in the UK and continental Europe, will constrain negotiations. Just as in the Article 50 negotiations, the UK will have the weaker hand, and will need to make big concessions on issues from fish to financial services.

Sterling would consolidate its recent rise and confidence would recover to more normal levels, but the long-term question marks over the UK economy and its access to European markets would remain. For these reasons forecasts of a ‘Brexit boom’ after a deal seem misplaced; it’s more likely to be a ‘dead cat bounce.’ Particularly given that – for reasons that have nothing to do with Brexit – world trade growth is already slowing, UK growth seems likely to remain fairly disappointing this year.

What about the long-term impacts? Assuming the future relationship is based on the customs backstop written into the Withdrawal Agreement, there will be no tariffs on UK-EU trade, no checks at the border and no need for firms to satisfy rules of origin requirements. This will minimise damage to the manufacturing sector. However, for the UK’s dominant service sector – 80% of the economy, nearly half of exports to the EU, and almost certainly the main driver of future export growth – the news is much worse.

Leaving the single market will mean substantial new barriers to UK companies, and there is little or nothing in the Political Declaration to suggest we will get much in the way of special treatment. This includes not just the City and financial services, but a whole range of sectors from broadcasting to transport.

Nor are trade deals with non-EU countries likely to make up the difference. Recent events have shown how large the obstacles will be to any UK-US trade deal, which would inevitably involve major concessions by the UK in politically difficult areas – not just chlorinated chicken. Indeed, the UK is likely to be in a considerably weaker position in negotiating such deals than it would be within the EU.

So the overall impact of May’s deal, while considerably smaller than no deal, will still be negative – the government’s estimates, which may be optimistic, forecast a hit to GDP of 2% to 4%; our own estimates are 2% to 5.5%.

And if Theresa May is replaced by a more hardline Brexiter, who seeks to negotiate his or her way out of the backstop, and hence a customs union, the prognosis will be considerably worse. So, while the Withdrawal Agreement is clearly preferable for the economy to no deal, there are big negatives.

Scenario B: no deal

A no deal Brexit, whenever it may happen, would lead to a further significant fall in sterling, pushing up import prices and inflation, and reducing real wages. Considerably more worrying would be the impacts on consumer and business confidence, and hence spending. Businesses would be hit by rising input prices, resulting both from the fall in sterling and the need to replace EU imports with more expensive ones sourced from outside the EU.

Consumers would face rising inflation at a time when they will be trying to reduce discretionary spending, and with little prospect of large pay rises. Any actual disruption to business activities, through the disruption of supply chains or cutting off access to EU export markets, would come on top of this – and could be very severe.

To some extent, these could and would be mitigated by policy actions from the UK government. The Bank of England would be likely to raise interest rates more slowly than it otherwise would have, and although the deficit will widen if the economy slows, the government will – very sensibly – respond to that as Gordon Brown did in 2008 by spending more, not less. The government has learned from George Osborne’s mistakes.

Nevertheless, a recession would be likely, but its severity would depend crucially on political developments. If the UK and the EU keep talking and try to minimise the damage, we might get away with a relatively limited downturn.

If things spiral out of control with tit-for-tat measures, then it could be very grim indeed. It will be the future trading arrangements between the UK and the EU27 (and, to a lesser extent, the rest of the world) that determines the long-term economic impacts of Brexit.

Under no deal, the UK and the EU would revert to trading under rules governed by World Trade Organisation (WTO) agreements, although the default assumption must be that when the dust settles, various bilateral agreements to facilitate trade within the WTO framework would likely be agreed. Unlike the inherently unpredictable short-term consequences of a ‘chaotic Brexit’, the long-term impact on the UK economy can be modelled quantitatively using standard economic models. Credible estimates, including the government’s own analysis, suggest a reduction in output of up to 10%.

Of course, whatever happens with Brexit, many other factors – including UK domestic economic policy – will drive economic growth between 2018 and 2033. The expectation is still that the UK economy will continue to grow. Nevertheless, there is little doubt that a ‘hard’ Brexit would prove a significant drag on growth over the medium to long term.

In the short term, a lengthy extension of the Article 50 process is the outcome which maximises uncertainty, since nothing will be resolved. Most businesses would nevertheless prefer it to the certain downsides of no deal, but it clearly is not a solution. During the period of extension, businesses would still have to plan for the possibility of No Deal, even while hoping for something better.

It is also possible that an extension, especially a long extension, might lead to a softer Brexit, which at least left open the possibility of continued customs union and single market membership, or indeed to no Brexit at all. These scenarios would largely eliminate the quantifiable long-term economic downsides of Brexit, since there would be few or no new barriers to trade either in goods or services.

However, there would be significant political (and, potentially, economic) downsides to the UK becoming a ‘rule-taker’ in important areas of economic and regulatory policy, including financial services, a position the Bank of England regards as unsustainable. It is also possible that the political and economic uncertainty resulting from the UK changing its mind, again, about the economics of EU membership would have a permanent impact on perceptions of the UK among foreign investors.

So, while some scenarios are likely to be more economically damaging than others, none will resolve the cloud of uncertainty that hangs over the UK economy any time soon, and none which can credibly claim to avert the risk of substantial long-term damage.