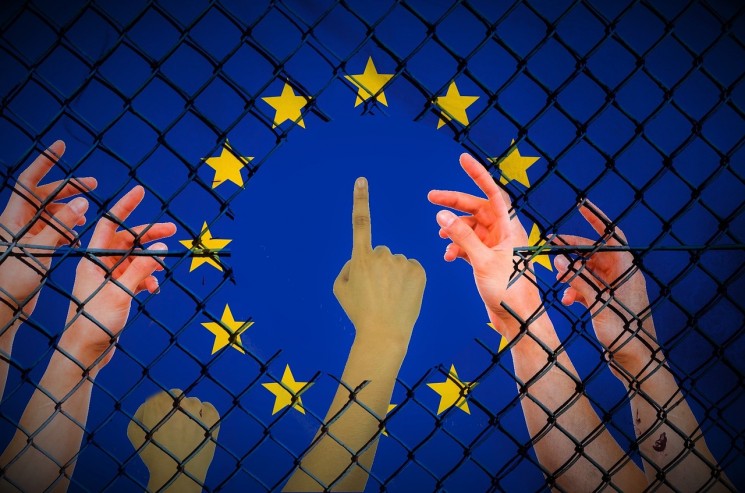 While a great deal of energy has been devoted to predicting the result of the EU referendum, few have discussed its implications for the next general election. Many in the Labour Party assume that the party’s unified stance is an electoral advantage, especially in contrast to a Conservative Party which is split on the issue. Labour’s stridently pro-EU stance could alienate Labour voters who oppose British EU membership, leading many of them to turn away from the party at the next general election. Meanwhile, the fact that the Conservatives straddle the issue will allow them to appeal to both sides and emerge from the referendum campaign in a much stronger position than Labour.

The official position of the Labour Party is unqualified support for continued membership in the European Union. Regardless of the outcome of David Cameron’s renegotiation, even if it includes exemptions from EU social and labour laws,  the Labour Party ‘will be campaigning, and are campaigning now, for Britain to remain part of the EU…under all circumstances’, as Shadow Foreign Secretary Hilary Benn has vowed.

This position sits in stark contrast with the history of the party, which for many decades was characterised by a significant Eurosceptic wing which sat alongside a pro-integrationist flank. Both were given room to voice their opinions within the party and to the public. Opposition was once voiced by senior Labour figures from all ideological wings of the party, including former leaders Hugh Gaitskell and Michael Foot, as well as Tony Benn, Denis Healey, Barbara Castle, and Peter Shore. The Labour Party conference in April 1975 voted by a nearly 2-to-1 margin to leave the EEC. Harold Wilson officially allowed the Cabinet to divide on the issue, the same strategy which David Cameron has now adopted.

Since the 1970s, the membership of the Labour Party has shifted markedly in favour of remaining in the EU. According to a YouGov poll taken in November 2015, 83% of Labour Party members wish to remain in the EU, while only 10% would vote to leave. The party’s unquestioningly pro-EU position now puts it out of step with British public opinion, including Labour voters. While only 10% of Labour members might wish to leave the EU, polling shows that 27-33% of people who voted Labour in 2015 want to leave.

It seems likely that the one-quarter to one-third of Labour voters who are Eurosceptic are disproportionately drawn from its historic (yet increasingly perilous) working-class base. Polls show consistently higher support for the EU among middle-class professionals than those in working-class categories. While a majority of AB and C1 (i.e. middle-class) social group voters wish to remain in the EU, a majority of C2 and DE (i.e. working-class) voters want to leave. While 78% of university graduates want to remain in the EU, only 35% of those with few or no qualifications do.

As a party, Labour has always attempted to attract support from both middle-class and working-class voters. As Ivor Crewe has put it, the party has always been ‘a coalition of Hampstead and Hull’. In previous years, commitment to common objectives of greater welfare provision and economic redistribution have united these two camps. But, the EU referendum is poised to raise — clearly, brutally, and emotively — the salience of an issue on which they are pitted against each other.

The referendum campaign will become, in part, a campaign between the winners and losers of globalisation. While senior Labour politicians seem to feel comfortable speaking to pro-EU middle-class voters who have seen the visible gains of EU membership, they have little to say to Eurosceptic working-class voters who have suffered on the other end. The Labour Party’s message to these voters is little more than ‘you’re wrong’.

The party is unwittingly repeating a similar approach to its strategy in the Scottish referendum in 2014. While some in the party acknowledge the problem of sharing a platform with the Tories in the ‘Better Together’ campaign, few have considered whether Labour’s unqualified position on one side of the referendum question did the party damage at the general election. Labour’s strident stance did not make it possible for a person to be both pro-Labour and pro-independence. When one-third of historically Labour supporters voted ‘yes’ to independence, they had been led to conclude that support for independence was incompatible with support for the Labour Party.

Collapse in Labour support between the 2010 and 2015 general elections in Scotland can be largely explained by ‘yes’ voters switching from Labour to the SNP, as the British Election Study shows. Of Scots who voted Labour in the 2010 general election, 35% voted YES to independence. In the 2015 general election, a staggering 90% of these people voted SNP, while only 9% stayed with Labour. In contrast, of 2010 Labour voters who voted NO in the referendum, 75% stayed with Labour in 2015, while only 13% voted SNP.

As with the 35% of 2010 Labour voters in Scotland who voted ‘yes’ to independence, the Labour Party currently offers little to the 27-33% of 2015 Labour voters in Britain who want to leave the EU. After they vote against EU membership in 2016/17, will this segment of the Labour electorate continue to vote Labour at the next general election? Or will the EU referendum teach these voters that opposition to the EU membership is incompatible with support for the Labour Party? Labour cannot afford to lose one-quarter to one-third of the people who voted for them in 2015. Yet, there is a very strong chance that Labour could be sleep-walking into another referendum-induced election catastrophe.

This piece was written by Richard Johnson, Doctoral candidate in Politics, at the University of Oxford.