The ‘emergency brake’, and how it could increase the acceptability of free movement 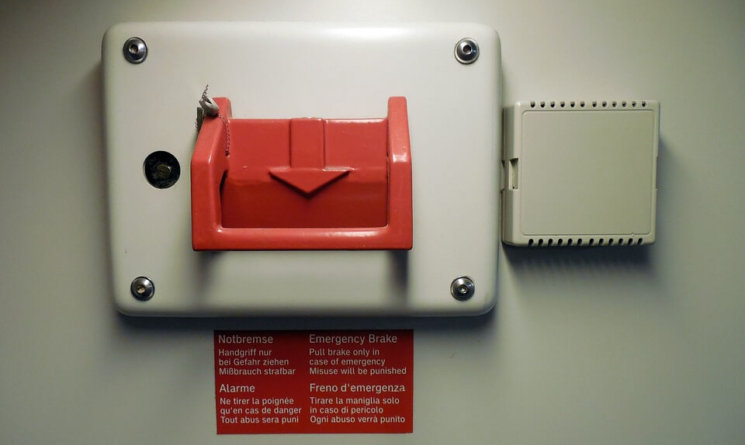 Is it possible for the UK to conform to the EU principle of free movement of persons while being able to regulate migration in exceptional situations? We believe it is – if a so-called emergency brake is negotiated.

Since the vote for Brexit, a key question for both parties has been how the UK and the EU will cooperate in the future. This question mainly comprises the extent of access to the single market and the (non)-membership of the customs union.

One reason why membership of the customs union is up for debate are the challenges concerning the Irish border. Apart from this undoubtedly delicate political question, there are not many economic reasons to remain in the customs union: by not being member, the UK would have the opportunity to negotiate its own free trade agreements, for example with China or India.

On the other side of the spectrum, the so-called Norwegian Model, which comprises membership of the EEA (European Economic Area), requires a comprehensive uptake of EU rules, but also full participation in the single market.

In between these two examples lies the Swiss Model, a set of sectoral agreements limited to those areas of cooperation which are important for Switzerland and the EU.

The single market is economically important for the UK, but the concomitant rule taking is politically sensitive, so the British government will most likely have to find a compromise between these two aspects.

At an early stage of the negotiations, the EU made it clear that the four freedoms – the free movement of goods, services, capital and labor – are inviolable. Thus, one should probably not question the fundamental principles of free movement of persons, as access to the single market will most likely entail compliance with these.

However, the control of one of these freedoms, namely the movements of persons, seems to be a priority among significant portions of the population. This could constitute an impossible discrepancy if it was not for a commonly used instrument in international agreements: an emergency brake. An emergency brake could bring the politically necessary flexibility in the implementation of the principle of free movement of persons.

The Swiss-EU bilateral agreement on the free movement of persons provides such an emergency brake in article 14(2): ‘In the event of serious economic or social difficulties, the Joint Committee shall meet […] to examine appropriate measures to remedy the situation.’

For an emergency clause to facilitate finding common ground in the UK-EU negotiations, it should be formulated in terms that are more concrete and clear.

In our research group at ETH Zurich, we developed a solution concept that transforms the abstract terms ‘serious economic or social difficulties’ and ‘appropriate measures’ into concrete terms.

The concept determines the exact circumstances in which an emergency brake could become effective as well as the appropriate measures and their time period. This being said, the emergency brake would only be effective if immigration to the UK is exceptionally high relative to the EU member states.

It builds on solidarity in the sense that UK makes its contribution to the European single market but this contribution is not an unlimited one.

But how can we define the point at which migration becomes ‘exceptionally high’? We use migration data on all other members of the single market and determine the relative average net migration (inflow minus outflow per capita) across them all . This gives a first estimate whether a specific country has higher-than-average migration or not.

Consider the case of a country experiencing higher-than-average migration. This is obviously not yet a sufficient condition for exceptionally high migration. Instead, we have to determine how much higher the relative net migration has to be in order to qualify for exceptionality. Therefore, we use a statistical measure, the standard deviation, which is a measure for variation in the data.

This is the basic version of our proposed emergency brake, which serves to explain the underlying mechanisms. However, for the emergency brake to be more fine-tuned other aspects can be included, such as the current immigrant population of the single market participants or third countries, or macroeconomic parameters of the job market. These coefficients (between zero and one) would be multiplied to the threshold value and could be used to fine-tune the effective threshold for exceptionality.

With the framework at hand, the negotiation on the implementation of the principle of free movement is reduced to well-defined quantitative factors. At the same time, it leaves an ample score for the negotiating parties, which makes the model versatile and adjustable to specific circumstances.

Contrary to the somewhat emotional discourse or the debate on principles that often prevails in the current political discussion, our framework allows for a sensible discussion of quantitative measures.

We believe that this aspect could make it a promising candidate for application in negotiations, especially in the current case of the UK and the EU.

By Daniela S. Scherer, PhD candidate at the Chair of Negotiation and Conflict Management and Professor Michael Ambühl, Chair of Negotiation and Conflict Management at ETH Zurich and former Swiss State Secretary who was chief negotiator of the Bilateral II Agreements between Switzerland and the EU.The detailed version of this piece, which includes calculations for the UK case is available here.