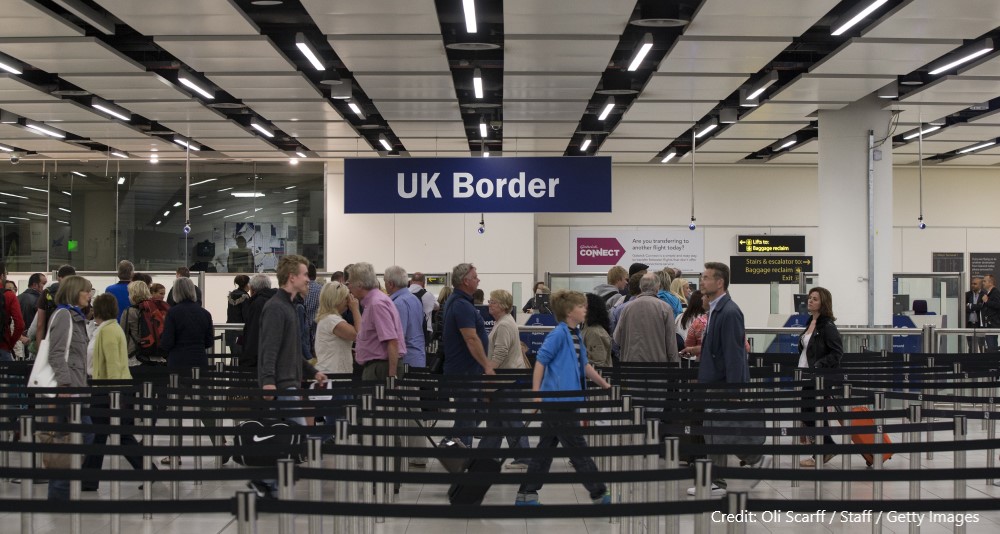 But it is not only the methodology that is being transformed. So, too, are the patterns to be measured – since the post-International Passenger Survey era is also the post-Covid one.

What do the August migration statistics tell us?

The ONS statistics are always six months out of date, so the August release covers the period up to the end of March 2020. They show that in the year to March 2020, net migration was 313,000, the highest level since the year ending March 2016.

However, since the report excludes most of the lockdown period, this net migration figure seems like ancient history.

To explain the migration patterns in our post-Covid world, we must turn to the more up-to-date data provided by the Home Office. These show that since lockdown, visa issuances to non-EU citizens have all but collapsed, implying a corresponding decline in immigration.

Before we dig into these various figures in more detail, we must look first to ONS’s important – though little reported – announcement amidst its statistical commentary: that these would be its last migration statistics based on the IPS.

This is big news. Why exactly has our national statistical body decided to abandon the survey upon which it has relied for its migration estimates for over half a century?

British immigration statistics and the IPS

Serious questions have long been raised about the accuracy of the ONS estimates, given that they are based on a sample survey that is widely viewed as not fit for purpose – at least, not fit for the purpose to which UK politicians and pundits tend to put it.

The IPS is a sample survey of the travelling public arriving at and departing from all of the UK’s major airports and sea routes, and the Channel Tunnel.

It was first carried out in 1961, to gather information on travel and tourism, but was later adapted to provide estimates of international migration, in the absence of the UK requiring migrants to register on entering the country.

In truth, very few countries measure international migration using a sample survey like the IPS. Cyprus is the only other EU member state to do so.

This is perhaps for good reason. As a sample survey, the IPS is subject to several well-known limitations.

First of all, it records only people’s stated intentions to migrate, not people’s actual migration behaviour.

Second, because the IPS does not provide a count of all people entering and leaving the UK, it is subject to (sometimes wide) margins of error.

These in part explain why some IPS-derived estimates appear implausible, or differ widely from those based on other statistical sources, such as the UK’s Annual Population Survey and the Home Office’s administrative data.

When The Migration Observatory was founded in 2011, one of our very first publications highlighted these issues. In time, these would come to be widely acknowledged, including by ONS itself, which has long admitted that the IPS has been ‘stretched beyond its original purpose’.

As a survey of passengers at ports, the IPS could never survive the Covid-19 measures implemented at the border. But the pandemic merely accelerated the decline of a survey that was already well past its sell-by-date.

ONS will publish its next quarterly statistics in November, for the year ending June 2020. It has stated that these estimates will be based on administrative data from several government departments, including the Home Office, the Department for Work and Pension, and HM Revenue & Customs.

In the long run, this is likely to lead to more accurate, more policy-relevant statistics. How exactly these new estimates will be calculated remains to be seen.

But what seems altogether clearer is that, in the long run, they will open a more transparent and fruitful statistical window onto a vastly changed migration landscape – the contours of which are now becoming clear.

The Home Office statistical release reveals the impact of Covid-19

To discern the impact that coronavirus has had on migration patterns, we must look to the timelier data in the Home Office’s migration statistics release – which cover the period to the end of June. This shows that Covid-19 has caused air passenger arrivals to fall by around 99% from their 2019 levels. 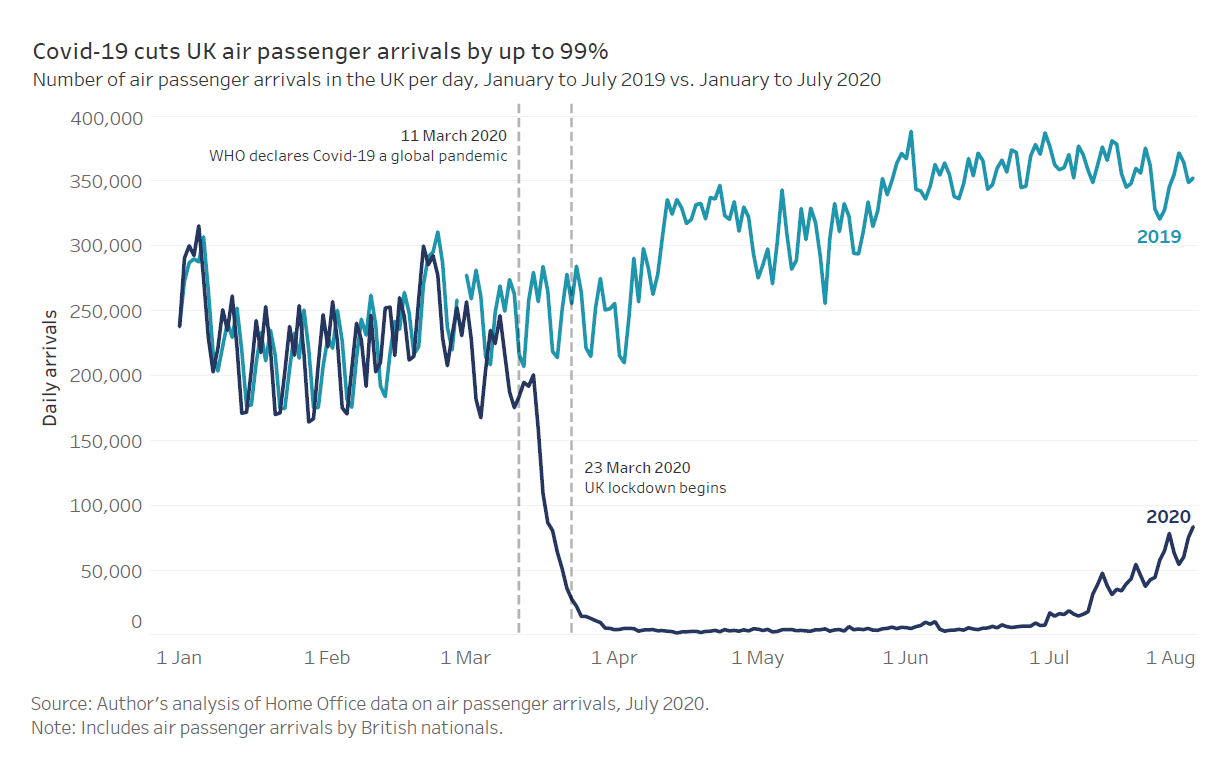 The Home Office’s visa statistics sharpen the picture. In the second quarter of 2020, there was a 99% fall in study visas issued, a 96% fall in skilled work visas, and a 90% fall in family visas, compared to the same quarter the previous year.

This will of course feed through into lower immigration for 2020, to be revealed when ONS produces its first set of figures in 2021. 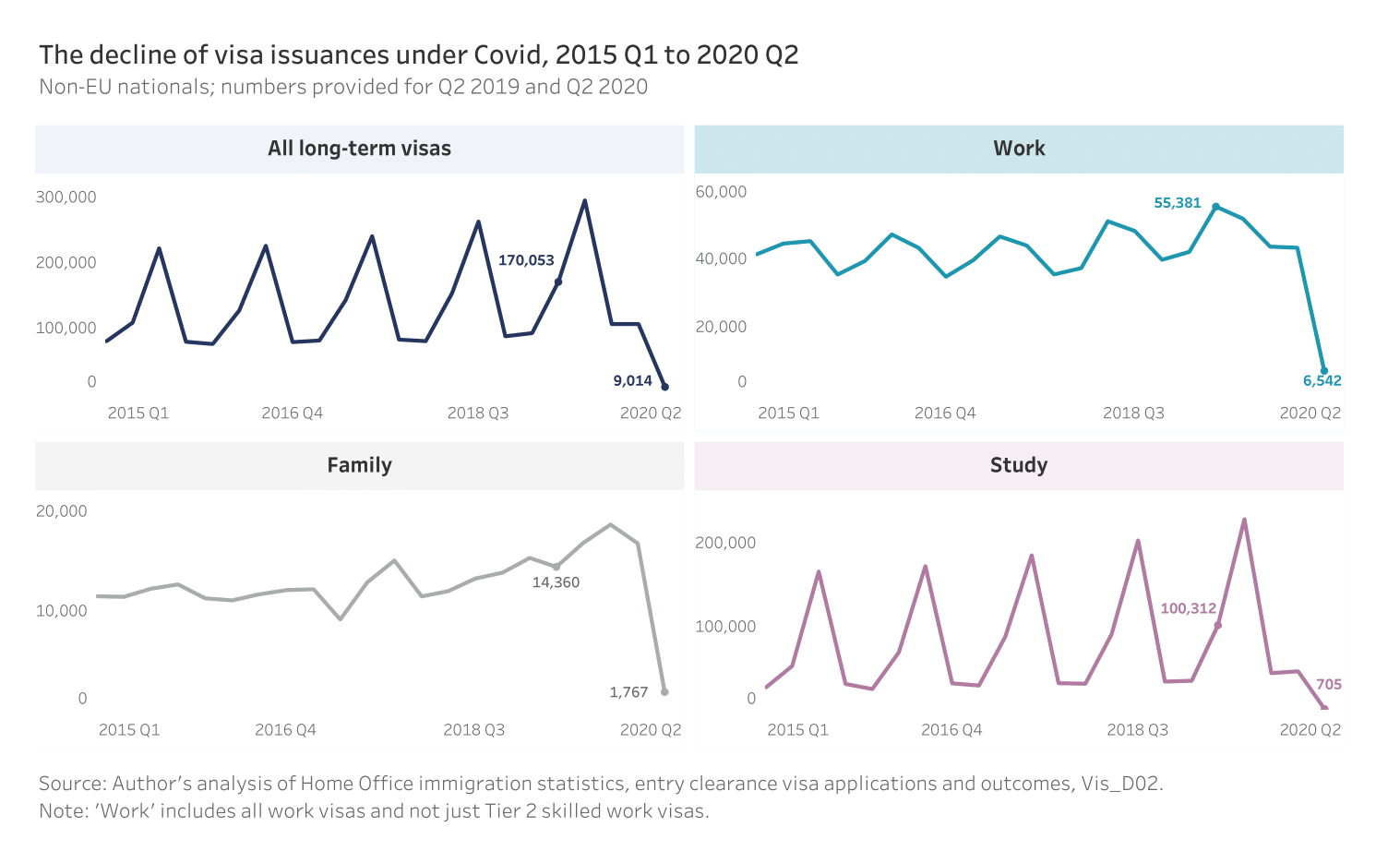 These declines are also seen in other aspects of the UK’s immigration system. For Q2 2020, grants of asylum or other related forms of leave were 68% lower than the same period in 2019. The detention population and deportations have also fallen to record lows. 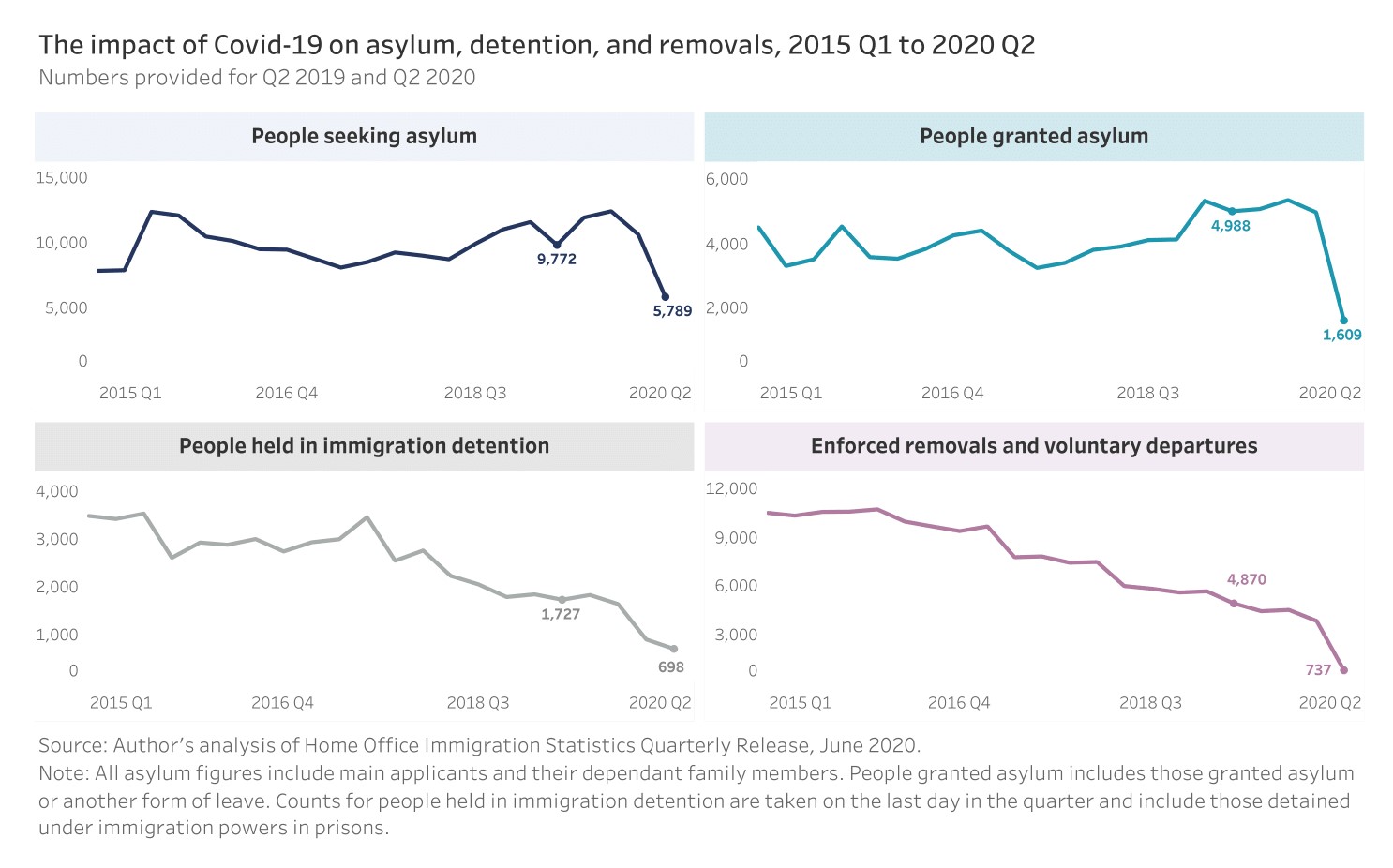 What does the future hold?

How long these effects will last is highly uncertain. In part, the lower visa figures will have resulted from the closure of many of the UK’s visa application centres during the crisis, and due to people refraining from submitting applications during the uncertainty of lockdown.

We could therefore see visa issuances bounce back, at least modestly and in the short-term, as visa centres reopen, and people begin submitting applications that they had previously put on hold.

Yet the crisis is likely to have longer-lasting economic effects. A weaker economy could reduce the attractiveness of the UK to would-be migrant workers, whilst simultaneously producing lower demand for migrant labour, if fewer jobs are available.

The future for international students is particularly uncertain. UK universities are highly reliant on overseas students, and it is not yet clear how much their numbers will fall.

For that, we will need to wait until the end of 2020, for the statistics to be published for the third quarter of this year, which is when most students receive their visas. In the time being, reports by the Institute for Fiscal Studies and London Economics make for sober reading.

These and anecdotal accounts agree that universities can expect a major financial hit from lower international student numbers – though how severe and for how long only time will tell.

Whatever happens, we migration researchers will have our work cut out for us.

By Peter William Walsh, researcher at the Migration Observatory, University of Oxford