The EU and the negotiations on the future relationship 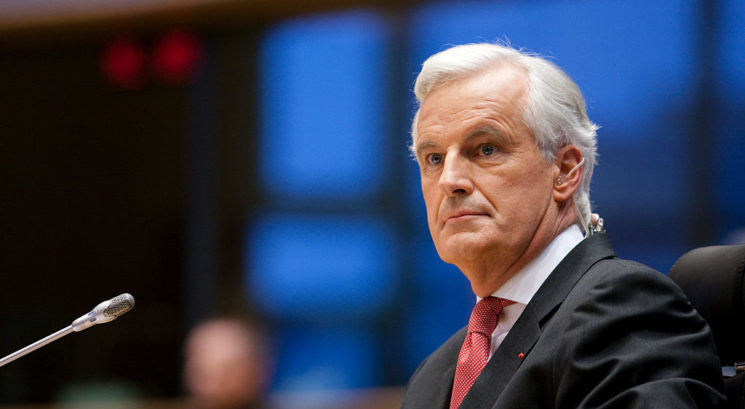 In the negotiations on the future EU-UK relationship, the UK team will be led by former diplomat David Frost, a special adviser to Boris Johnson. He also heads a ‘Task Force Europe’ based in Downing Street, a new structure put in place following the dismantling of the Department for Exiting the EU.

But who will lead the negotiations on behalf of the EU? And how was the EU negotiating position decided?

Continuity on the EU side

The EU will once again be represented by Michel Barnier. The reappointment of the French politician, former European Commissioner, and EU negotiator for the first phase of the process was confirmed by the new Commission President, Ursula von der Leyen, soon after she took office.

Barnier was considered by national governments and EU institutions to have done an excellent job in the phase leading to the withdrawal agreement. He drew praise from all quarters for keeping governments and the institutions informed at every stage of the negotiations.

In particular, the briefings he and his staff had given to member state officials or ministers in the Council before each meeting with the UK delegation, and the debriefings delivered afterwards, were strongly appreciated.

The same expectation of continuous coordination between the Commission and the Council is envisaged for the current phase. Barnier also made a point of touring the national capitals of EU27 to meet senior members of government and parliamentarians.

Barnier heads the Task Force for Relations with the UK, the body created by the European Commission to lead, coordinate and manage the negotiations on the EU side. It follows the model of the Article 50 Task Force, which performed similar functions during the first phase.

The main difference is that the new incarnation includes the parts of the Commission’s Secretariat General that were previously responsible for contingency plans on the EU side should there have been no deal.

There have been some changes in personnel. Sabine Weyand, Barnier’s deputy, now leads the Commission’s powerful trade department, and Stéphanie Riso, Director for Strategy, Coordination and Communication, became the deputy chief in the new Commission President’s private office.

However, both have been replaced by officials who have been following Brexit closely: Clara Martinez Alberola, previously the head of Jean-Claude Juncker’s private office, is Barnier’s new deputy, and Pauline Dejmek-Hack, who watched the Brexit brief as part of the former Commission President’s team, is the new Director for Strategy, Coordination, and Communication.

Similar organisational continuity can be found in the Council. Trade negotiations with third countries are usually overseen at official level in the Council by the Trade Policy Committee, but the Council has decided that the success of its experiment with the ad hoc Working Party on Article 50 in the first phase, and the need for a central hub that can provide an overview of negotiations, justify a departure from the norm.

The Working Group on the United Kingdom was established on 24 January, but it essentially replicates the body from the first phase. Like its predecessor, it will provide the main forum where officials from the member states discuss and consider the progress of the negotiations, with sectoral specialists brought in as necessary.

Didier Seeuws, from the Council Secretariat, will again be a permanent chair.

Usually, the chairs of working groups change with the rotating presidency, but, as with the earlier Working Party, the Council believes that only a permanent chair can guarantee the continuity that these wide, complex and politically sensitive negotiations require, especially with the clock ticking.

The arrangement will be reviewed towards the end of 2020, when the implementation or transition period is due to expire.

Perhaps, the most significant change has taken place in the European Parliament, where the Brexit Steering Group, a high-level committee which coordinated and prepared deliberations, considerations and resolutions in the first phase, has now completed its functions.

A new EP-UK Coordination Group, led by Foreign Affairs Committee Chair David McAllister, will liaise with the EU Task Force on the Parliament’s behalf. The Coordination Group will also coordinate with the Foreign Affairs Committee and the International Trade Committee, which are the EP’s lead committees concerning negotiations with third countries, and other sectoral committees.

In preparing for the negotiations on the future relationship, the EU has largely followed its standard procedure for reaching trade agreements with any third country.

Under the Treaty for the Functioning of the EU, the Commission negotiates on the EU’s behalf, but it does so according to a mandate agreed in advance by member states in the Council, which sets out what governments want from the negotiations.

The Commission is charged with responsibility for drafting the mandate, which must then be formally adopted by the Council. The Council has the power to amend the Commission’s draft.

To ensure that the positions and sensitivities of the national governments were all taken into account, the Task Force road-tested its approach in a series of meetings in the Council Working Group in January 2020.

National delegations, which included respective sectoral experts from the national capitals, discussed both the general principles and the detail of the technical areas to be covered by the negotiations.

The Commission’s draft negotiating directives were submitted on 3 February and, after discussion by national delegations, were adopted by the Council on 25 February.

As with the negotiating mandate for the first phase, the version eventually adopted by the Council was tougher than the Commission’s proposal, as member states insisted on tightening the mandate in a number of areas, particularly concerning the level playing field.

They were also concerned to strengthen the hand of the EU’s negotiator in some areas and to allow him flexibility in others.

In summary, the EU will be represented in the negotiations by the EU Negotiator, Michel Barnier, who reprises the role he played in the first phase. Barnier will negotiate with the UK on the basis of a mandate that has been agreed by all 27 member states.

The close interaction between the EU institutions and between the Commission and the member states that characterised the negotiation of the withdrawal agreement is set to continue in the second phase.