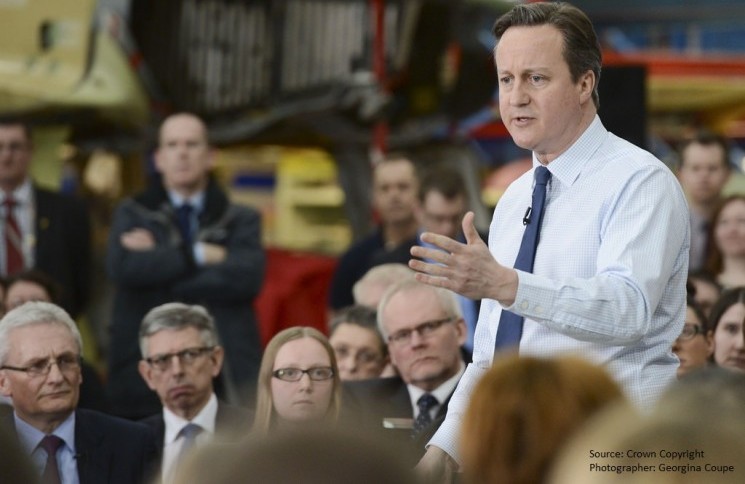 Following long-winded negotiations with the 27 other heads of government in Europe, David Cameron has secured a deal that he hopes will win him the June referendum.

Cameron’s argument now is that he is the only prime minister ever to have renegotiated the UK’s position in the EU and to secure a special status for the country. His opponents say that his deal is at best modest.

But will the negotiation outcome matter in swaying voters either way?

Results from 57 polls taken between September 2015 and mid-February 2016 show that public opinion on the EU has been fluctuating. The proportion of undecided voters remains large – at times it has been as high as 21%.

Since the beginning of the year the race has been very close. A YouGov poll on February 4 found that the Leave campaign was in front with 45% of respondents reporting they would vote to leave the EU, 36% saying they want to remain and 19% saying they don’t know either way. But another poll taken just a few days later by Ipsos Mori reported a nine-percentage-point gap in favour of the remain camp with 10% who do not know.

There are broadly three types of voters in this referendum. First, the “decided inners” who have definitely sided with the remain camp. These tend to be highly educated, younger and predominantly Liberal Democrat and Green party supporters.

Then there are the “decided outers” who have already decided that exit is Britain’s best option. These citizens tend to be older, with lower levels of education. They are also more likely to be UKIP supporters.

The third type of voter is the undecided citizen who could swing either way. This is a middle class voter – not necessarily very rich or very poor, not very old or very young. In terms of party affiliation, this voter may be either a Tory or Labour supporter.

And there are a great deal of undecided voters among the British public. Yet another recent poll found that only 57% of the voters have definitively decided what they will go. This leaves 42% of the population that may still change their minds, even if they do not describe themselves as “undecided” voters.

This suggests that nothing is won yet by either side. So the question becomes: what will sway the undecided? These people are, after all, much more open to attempts at persuasion and may be more responsive to campaign influence.

This means the campaign environment should be taken extremely seriously. It is very likely to influence vote choice and ultimately the result of the referendum. Campaigns provide information and thus reduce the level of uncertainty regarding political choice.

The two big campaigns need to carefully balance their work. They need to look at the big picture, trying to win the hearts and minds of people regarding the general idea of Britain being part of the EU, but they also need to provide information to voters on specific issues that relate to the Brexit debate. That will include providing facts and figures about the costs and benefits of the EU and meaningful ideas about alternatives.

An information-intensive campaign is likely to not only increase the levels of knowledge about the EU, it is also likely to help people get a better grasp of of the specifics of the deal that Cameron got from the EU. They would then be able to make up their own minds about how modest Cameron’s deal is or is not; and the extent to which it means that the UK will have a special status in the EU.

Issue framing in campaigns also matters. That means focusing on the criteria that are most likely to influence the way people vote.

To win the referendum, the in campaign should focus on explaining how Cameron’s EU negotiation addresses EU migration, while at the same time clarifying and demonstrating its positive impact on the UK economy. This is important as the out campaign is already focusing on this issue.

Immigration has already been targeted by the Leave.EU campaign, which argues that EU migration deprives low-skilled Britons from work and puts pressure on public services. But it also appears in the more moderate Vote Leave campaign. This group is generally trying to focus on economic costs and benefits but is still arguing that EU membership represents an “an open door to the EU while blocking people who could contribute to the UK coming from non-EU countries”. It’s up to the remain camp to counteract these claims with solid facts.

This article was written by Dr Sofia Vasilopoulou, Lecturer, Department of Politics, University of York, and was originally published in the Conversation