The EU Settlement Scheme: a resounding success or a perfect storm? 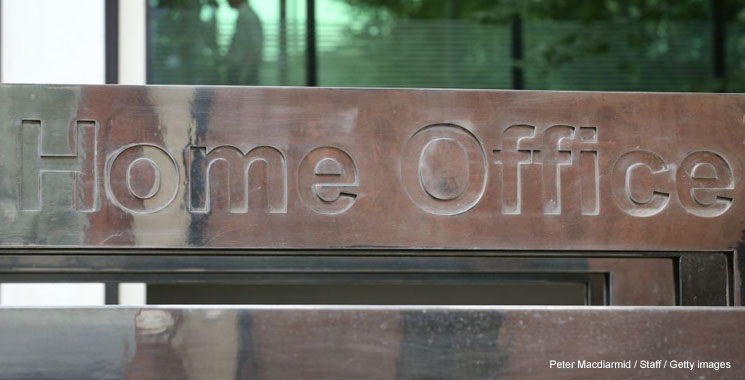 The EU Settled Status (EUSS) application and registration process was introduced by the UK government in March 2019, in a move to preserve the rights of those EU nationals already living in the UK after Brexit.

Applications to the EUSS scheme have now exceeded the official estimate of the number of EU nationals thought to be living in the UK. According to the Financial Times, estimates by EU embassies of the number of their own citizens living in the UK suggest that the British government has underestimated its EU-born population by more than 500,000. For those still to apply, there are now just under 12 months left to make an EUSS application in the UK.

To date (as of June 2020) just over 3.3 million people have received decisions under the EUSS scheme (from 3.6 million submitted applications) in the 15 months since the scheme opened, with 58% receiving settled status decisions and 42% pre-settled status.

These figures suggest the remarkable success of the scheme. It is the largest ever digital immigration application process overseen by the Home Office. For those who know about the scheme, have the accepted form of ID, documented history in the UK, the correct smartphone, and IT and language skills, the process to apply for settled status has been relatively pain-free.

The EUSS application is free, can be undertaken by an app on a smart phone and the ‘app journey’ takes around seven minutes. This is also remarkable.

But there are, inevitably, problems. The first relates to numbers, as the Financial Times has shown. It is estimated that there are 3.64 million EU nationals living in the UK, but no data is available on the exact number.

In fact, this figure includes Irish citizens, who are eligible for the scheme but do not have to apply to remain in the UK; but it does not include EFTA and Swiss citizens, nor does it include third-country family members – all of whom must apply under the scheme.

In fact, it is reasonable to say that even on 1 July 2021 the government will still not know how many people need to make application and will, by then, have missed the deadline.

It is likely that people will find out they needed to make an EUSS application only when they need to access a service –a bank account check, landlord check, employment check for example – and are suddenly refused.

The fact is no such large-scale scheme of this type has ever reached a 100% application success. Fears over another Windrush scandal in this context seem rational.

To give an example of the lack of data around numbers of people who need to apply, the Home Office has already reached a 152% rate of applications by Bulgarian nationals. In fact, applications from Portugal, Italy, Romania, Spain and Hungary have also already achieved 100% plus.

This suggests that the oft-reported 3.6 million figure of EU nationals in the UK is likely to be an underestimation of the true population, a view confirmed by the FT survey above. Even at an entirely conservative 1% underestimation this means tens of thousands of people suddenly unlawfully resident in the UK and facing the full force of the compliant environment.

The Home Office has been releasing monthly and quarterly data sets detailing how many people have applied, how many decisions have been made, the nationalities of applicants, local authority geography of applications and broad age ranges of those who have applied.

Despite calls for further data sharing regarding vulnerable applicants, including from David Bolt (Chief Inspector of Borders and Immigration) in his EUSS Inspection Report in February 2020, the Home Office has recently announced a plan to share less data and, moving forward, will no longer release monthly nationality data.

What we do know from these data sets is that those in age groups under 18 years and over 65 years have had worryingly low application rates, leading to calls for more focus on these groups in the remaining 12 months.

A report by Coram, the children’s charity, published in early July found that local authorities had secured status for just 500 of the estimated 9,000 eligible children and young people in the care system in the UK.

Another, less visible, group are those who are non-EU national family members of EU nationals, where the number of applications has been extraordinarily low, with women overrepresented. Refusal rates of applications within this group are also significantly higher, as compared to other applicant groups.

Over the last 12 months we have written about other vulnerable groups for whom applying for EUSS is a real challenge.

This includes rural farmworkers, those in isolated communities, those with limited English language skills, those who are homeless, victims of domestic abuse, those without relevant or up-to-date documents, those who are not digitally literate, and those who cannot read or write in their own first language – among many others.

On top of these pre-existing vulnerabilities, the current reality of living through a global pandemic is that support services aimed at working with those most vulnerable have all had to move to remote digital working – the very barrier preventing some of those most vulnerable from making applications.

Further, the government’s own EUSS Resolution Centre closed, ID scanning locations closed, and postal applications were not accepted. On top of this, many embassies remain closed, resulting in a growing backlog of people needing appointments to obtain new ID even before they can undertake an EUSS application.

Some embassies already report a four to five month waiting time for an appointment. Vulnerable people struggling to make applications, or indeed completely unaware they need to make an application, now also face the practical, economic, social and health consequences of a global pandemic coinciding with a cliff-edge application deadline. And the clock is ticking.

So, with one year left in which to apply, it is probably fair to conclude that to date the EUSS application system in the UK represents, in different ways, both a tremendous success and the foundations of a perfect storm.

The next 12 months will be key in preventing a large number of people suddenly finding themselves illegally resident in the UK. Even with the limited data available, we have already identified many of the more vulnerable groups where application numbers are known to be low- now action must be taken to secure their shelter from the storm.

By Professor Catherine Barnard, senior fellow at The UK in a Changing Europe and Fiona Costello, research associate, University of Cambridge.