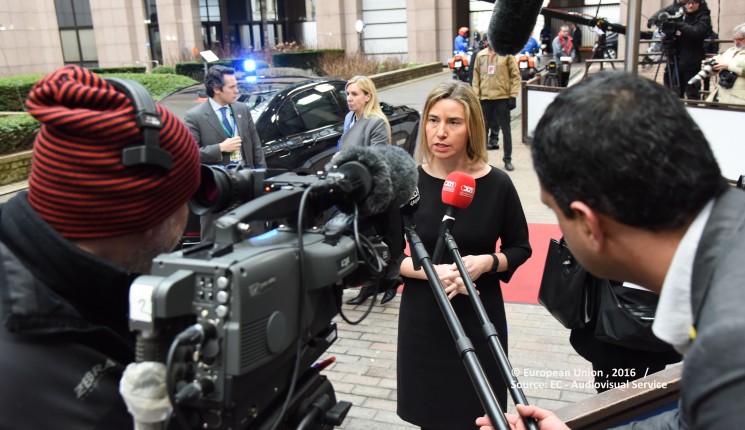 The ‘stay’ side of the referendum campaign seems to be fighting fire with lists – ‘what has the EU has ever done for us?’. But it can be difficult to make sense of the claims of the great goods for which we are invited to give thanks. As women form half of the electorate deciding whether the UK stays in the EU, and in light of International Women’s Day, it seems appropriate to ask for some evidence of the good the EU has or has not done, in the name of gender equality.

The list-makers would point us to the multiple areas of EU ‘activity’ related to gender equality – sex discrimination in the workplace, and in goods and services; equal pay; pregnancy discrimination; maternity and paternity rights; child care; domestic violence; and female genital mutilation. The task is to sieve through these activities to find genuine changes, and particularly, ones that would not have happened anyway.

For example, the Court of Justice of the EU found that the UK was not entitled to impose a compensation cap in sex discrimination claims, and also instructed the UK to stop requiring a ‘sick man’ comparator for pregnant women, since this had effectively permitted discrimination on the grounds of pregnancy.

The EU also required a strengthening of maternity rights – for instance, permitting women on maternity leave to accrue holiday pay (though UK rules remained in conflict with this principle for some years). And the Court of Justice of the EU in St Prix found that EU migrant workers should be allowed to temporarily keep worker status where they temporarily stopped work due to pregnancy and/or maternity.

The EU appears more ambitious (if not always effectively so) than the UK on the subject of further changes to maternity rules; the European Parliament recently proposed an extension to 20 weeks on full pay, a proposal rejected by the UK, and currently abandoned, since the Commission withdrew the draft directive in question.

Anti-discrimination measures and rulings have been incremental, rather than revolutionary, and they operate squarely within a pre-determined, male-leaning model of economic activity and male work patterns.

The limitations of the EU’s sex equality legislation are further underlined by the exclusion of unpaid care of adults from the reach of discrimination protection, while reproductive work simply does not register on the EU’s radar.

Rather than accept or reject wholesale narratives in which the EU has been the primary orchestrator of improvements in gender equality, it might make sense to view the contribution of the EU as shifting the nature of debates about gender equality, and through the concept of mainstreaming, coding gender equality into the actions of the EU. In short, the EU has made us all better at ‘talking the talk’ of gender equality.

Deep inequality persists of course, not least in the continuing pay gap, the absence of affordable child care, and perhaps, most embarrassingly, the failure of the EU to fully walk the walk, evident in the gender imbalance in Union institutions. Figures on the pay gap vary. A Eurostat report states that ‘For the [EU] economy as a whole in 2013, women’s gross hourly earnings were on average 16.4 % below those of men in the European Union’. But we know that it fluctuates according to age, sector, whether work is full or part time, and level of pay; highly paid women are paid 20% less than highly paid men, while male bonuses were recently reported to be double those of women’s. It also varies considerably between member states, and between regions of each state, as this pay gap map shows.

As for age, the Chartered Management Institute found that female managers over 40 were earning 35% less than men, and would have to work until they were 80 to earn as much as a man who retired at 65. The EU has acknowledged ‘persistent gender differences’ and notes that they should be ‘should be effectively tackled whenever they result from societal or institutional barriers or constraints’, without giving much by way of an action plan.

The provision of childcare remains something of a critical path for increasing female labour market participation, career prospects, and earning potential. The European Council adopted the Barcelona targets in 2002 ‘to provide childcare by 2010 to at least 90% of children between three years old and the mandatory school age and at least 33% of children under three years of age’. The Commission reported on progress in 2013, three years after the target date. Only 10 Member States had reached the 0-3 target, and only nine reached the 3+ target. Cost, availability and quality were all significant problems.

However, the EU is less responsible for these kinds of stubborn inequality than it is for how its own institutions are constituted. Even allowing for the role of member states in nominating representatives, it is implausible to say the EU could not address the striking male tilt.

There are five female judges in the Court of Justice – out of 28 in total (and 2 out of 11 Advocates General). There are six out of 28 in the General Court. Women account for 9 out of 28 Commissioners, and only 8 out of 36 Directors General – and that is after a reshuffle to improve the gender balance.

The balance is better in the European Parliament – 37% of women are MEPs. (As inadequate as these numbers seem, they still compare favourably to domestic institutions; in the UK, 191 out of 650 MPs are women (29%). Only one out of twelve Supreme Court judges is a woman, and eight out of 43 Court of Appeal judges).

In light of the dominantly male character of EU institutions, it shouldn’t be surprising that its actions on gender equality are found wanting. The premise of the question ‘what has the EU done for women?’ suggests the EU is a separate entity to ‘women’, who should be grateful recipients of well-intentioned, mostly-male actions. Paternalism is disenfranchising and disempowering.  The EU ‘doing things for women’ is not enough. Women need to be ‘doing things’ in the EU.

This piece by Charlotte O’Brien senior lecturer at York Law School, University of York was co-published with The Conversation. She is Principal Investigator on the ESRC funded EU Rights Project.