The EU-UK customs arrangement: some of the possible answers from Brussels 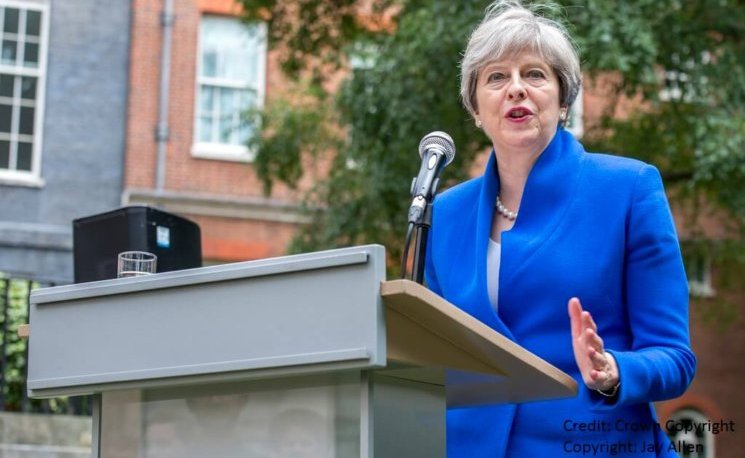 Never before has there been so much public debate, if not public interest, in customs, but in the Brexit world nothing is as it used to be. Two proposals on the future customs arrangements for the Northern Ireland/Ireland border have been the subject of heated debate.

The first is a ‘customs partnership’, which calls for the UK to collect customs duties on behalf of the EU.

The second, so-called ‘maximum facilitation’ (‘max-fac’), seeks to eliminate physical customs barriers through technological solutions. The White Paper then produced a third: a facilitated customs arrangement which seems to combine elements of the first two.

All have been met with scepticism from experts as to whether they are physically, technologically and financially feasible – but setting this aside for a moment, let’s imagine that these solutions are tabled before the EU negotiators.

What are the possible replies from Brussels?

It will take time, Prime Minister

First and foremost, none of the proposals really belongs in the withdrawal agreement, and should instead be in the future trade agreement between the EU and the UK. That means it may take years for them to be agreed on.

The essential document here is the Joint Report of the two negotiating teams of 8 December 2017. Paragraph 49 lays out three possible ways to address the desire for a frictionless border in Northern Ireland: an overall EU-UK relationship which specifically addresses the border issue (Option A); if that’s not possible, then the UK is to propose specific solutions to address the unique circumstances of the island of Ireland (Option B);  if that’s not possible, then full alignment with the EU’s rules of the single market and customs union (Option C).

The UK government’s proposal for ‘customs partnership’ and facilitated customs arrangement are likely to be covered by the first model, whereas the ‘max fac’ falls under the second category. The third route is a default one in case neither of the first ones is successful. So far so good.

Next, we need to look at the section on Ireland and Northern Ireland in the draft Withdrawal Agreement, of 15 March 2018. This translates the Joint Report into legally binding form, It makes no mention of Options A and B.

Instead, it makes operational the third option – the route of full regulatory alignment. This is because Options A and B (the ‘customs partnership’ and the ‘max fac’ and now the facilitated customs partnership) are rightly left to future trade negotiations: the withdrawal phase deals with the past, not the future.

Let us look at what future trade negotiations may look like. The two main documents on the EU’s side are the European Council guidelines adopted on 23 March 2018, and the European Parliament resolution of 14 March 2018. For more on these documents, see our discussion here.

While both the European Council and the Parliament seem to agree on substantive issues, they suggest different forms for the future agreement. The European Council calls for a comprehensive free trade agreement (FTA), like the ones the EU has recently concluded with Canada, Korea, and other trading partners. The former took over eight years to negotiate.

Whichever form is chosen, it will likely be a mixed agreement (which we discuss here), which must be signed by both the EU and by each of its member states (and their federal units, depending on the constitutional structure).

This process can take years, and in a pool of 27 states there is a high a risk of rejection – as we saw with the rejection of the Canadian FTA by the tiny Belgian region of Wallonia.

Whether an agreement with the UK would be smoothly ratified by all member states, especially those of Central and Eastern Europe, remains to be seen. In any case, the process of concluding a mixed agreement which contains a customs arrangement will take longer than trucks carrying cargo through the EU-UK border can wait.

Could a customs arrangement be agreed separately from the agreement on the future EU-UK relationship, thus allowing the parties to implement it faster?

The UK cannot make separate arrangements with EU member states, as they are prevented from negotiating individual customs agreements, as such matters are part of the common commercial policy which is an exclusive competence of the EU.

Brussels may also be unable to negotiate a separate customs agreement before it concludes the future EU-UK trade deal.

Can a ‘(facilitated) customs partnership’ or ‘max fac’ be accepted by Brussels at all?

The European Council guidelines are clear: being outside the customs union and the single market will ‘inevitably lead to frictions in trade’. The Parliament’s resolution states the same: the UK’s membership of the customs union and the single market is the only solution ‘which can guarantee continued frictionless trade’. The Parliament adds that the ‘UK’s current position and red lines would lead to customs checks and verification … even if tariff barriers can be avoided’.

Voices from the UK itself are confirming this view. Jon Thompson, the head of the HM Revenue and Customs, has warned the Treasury Select Committee that ‘max fac’ could cost businesses up to £20bn a year through extra customs declarations.

More recently he has told peers that the repayment mechanism in the facilitated customs arrangement will not be ready by the time the transition period is over.. Eurotunnel has also voiced its concern over both customs models, suggesting that ‘customs partnership’ would also lead to inevitable checks and bureaucracy.

If being outside the customs union inevitably means frictions, customs checks and verifications, are either of the UK’s proposal compatible with the Joint Report?

Any future customs arrangement must meet the conditions of the Joint Report. The most important one is to protect the Good Friday Agreement ‘in all its parts’. A strict commitment on the UK’s side follows: it must avoid a hard border, including any checks and controls.

In the absence of agreed solutions, the UK will maintain full alignment with those rules of the single market and customs union which, now or in the future, inter alia support the protection of the Good Friday Agreement (i.e. Option C under paragraph 49 of the Joint Report).

Does that mean that the UK could (or should) stay in the customs union indefinitely after Brexit? The Brexit select committee has recently published a report which calls for the UK to do so, but those calling for Britain to be a fully independent player in global trade would never accept this.

On the other hand, car manufacturers who rely so heavily on just in time production voice serious concern about damage to their businesses if frictionless trade is not ensured, something the Daily Mail is beginning to notice.