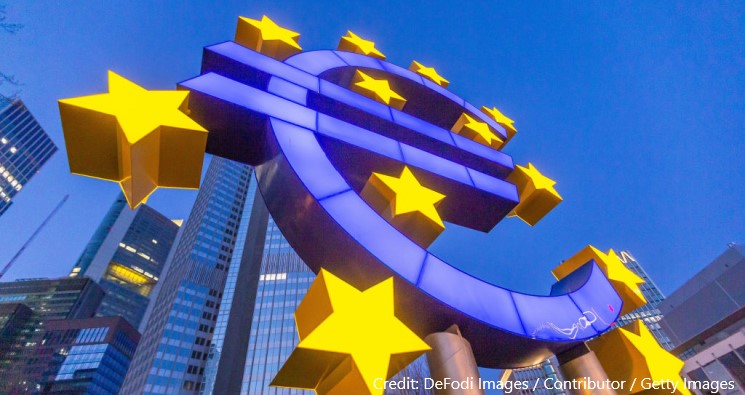 Brussels is gearing-up for yet another crunch meeting of the European Council on 17 July, this time with heads of state and government expected to attend in person. Previous video conferences have, apparently, made it that much harder for leaders to conspire in the margins of meetings, which in turn has prevented them from cobbling together the sometimes surprising alliances needed to reach agreements.

Before then, another deal has to be struck, on the appointment of the new President of the Eurogroup to succeed Mario Centeno, Portugal’s finance minister, who is not seeking re-appointment and is set to take over as President of his country’s central bank. For those not fully in the know, the Eurogroup is composed of the finance ministers of the nineteen Eurozone countries.

The favourite to succeed Centeno is Nadia Calviño, the Spanish finance minister and the only female sitting on the Eurogroup since her Finnish counterpart’s recent forced resignation. Rumour has it that she is being strongly supported not only by her own government, but also by Angela Merkel.

She is facing opposition from some of the usual suspects among the fiscal hardliners in what have come to be known as the New Hanseatics. As the Spanish member of the Eurogroup, a hurdle she will also have to overcome is following another Iberian.

However, she is a consummate Brussels ‘insider’ having been the Director-General for Budget in the European Commission before Pedro Sanchez called her to Madrid to serve in his government; formally she is, in fact, on leave from her Commission post. Her direct knowledge of budget matters would be an undoubted asset in view of the issues high on the EU political agenda.

Though not a job of the highest profile, the Eurogroup Presidency matters, not least because the support of finance ministers tends to be crucial in dealing with economic crises, putting the Eurogroup President in a pivotal position. This was demonstrated in 2012 and 2015 when the then incumbent was one of the signatories of, respectively, the four and five President’s reports.

These reports laid out blueprints for how to reform the governance of the euro. Look back at the list of names in these two groups, in both cases bringing together the Presidents of the European Council, The European Commission, the European Central Bank and the Eurogroup.

In 2012, the four were Herman Van Rompuy, José-Manuel Barroso, Mario Draghi and Jean-Claude Juncker. In 2015, the cast list was Donald Tusk, Juncker and Draghi again, and Jeroen Dijsselbloem, with Martin Schulz muscling his way in in his capacity as President of the European Parliament.

If Calviño is given the nod, the other three of the core four would be Charles Michel, Ursula von der Leyen, and Christine Lagarde, with David Sassoli as the fifth signatory. Notice anything different?

Apart from the gender aspect, important though it is – and intriguing, given the influence exercised by Merkel on recent EU appointments – the decision on the new Eurogroup President will also be a litmus test for the direction the EU takes in economic policy. In particular, it will signal how much of a consensus there is on shifting away from the economic paradigm prevailing prior to the pandemic.

Adherence to fiscal rules, risk reduction rather than risk sharing, no mutualisation of debt, budgetary parsimony and national responsibility for policy failings were among the watchwords characterising the approach to economic and monetary union. As the magnitude of the economic challenge posed by Covid-19 becomes daily more apparent, (including in today’s more pessimistic economic forecasts from the European Commission), these fair-weather tropes look increasingly untenable.

Moreover, since Germany, in alliance with France, broke with the other northern creditor member states by proposing an ambitious EU recovery package, funded by EU-level borrowing, the political balance has shifted decisively. However, change cannot be taken for granted and the risks of damaging the EU project should not be under-estimated.

The two core topics on the EUCO agenda will be the multi-annual financial framework (MFF) governing the EU budget from 2021 to 2027 and the Next Generation EU economic recovery package. As explained previously, the EU has been badly split on both issues and EUCO President, Charles Michel, is facing criticism because of his inability to broker deals.

As so often when money is at stake in EU negotiations, the cleavages between east, north and south, and between net contributors and net recipients are at the heart of the dispute. The new Eurogroup President will therefore have a vital role to play in fostering compromises among the finance ministers.

It will not be easy. Some finance ministers have been very hostile to the plans for debt-funded spending by the EU, irrespective of the economic circumstances. Wopke Hoekstra of the Netherlands, notably, has expressed very robust views about the proposals on the table, leading Politico to dub him a Bond villain: ‘Mr No’.

But if female leadership of the Commission and the ECB is complemented by Nadia Calviño becoming Eurogroup President, and with Angela Merkel intent on securing her legacy, a new normal could be emerging in multiple respects. Book a seat: the fireworks should be entertaining.