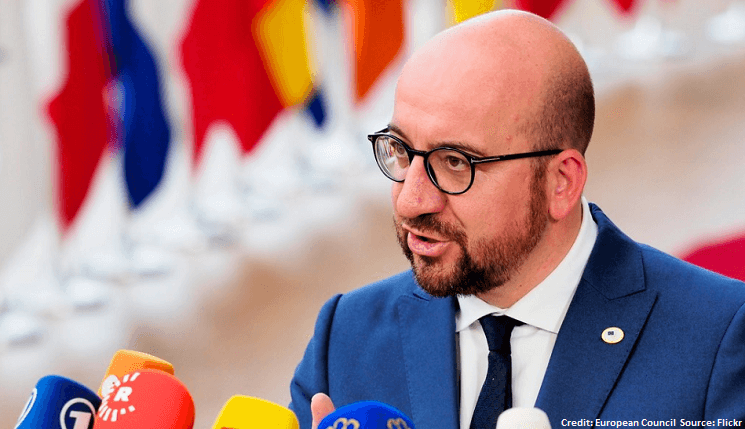 Parsing the words of Boris Johnson and Jeremy Hunt for clear plans on Brexit is pretty tough – particularly in the case of the former. However, implicit in the remarks of both has been a plan to ‘renegotiate some form of deal’ with the EU27 ahead of the 31 October deadline.

Johnson has spoken of ‘disaggregating’ the current Withdrawal Agreement into its component parts and having Parliament vote on those which he deems palatable – and thus finding a way to deal with the problem posed the Irish backstop.

Meanwhile, Hunt has suggested that he might seek to delay Brexit beyond October if fresh talks show some sign of progress – better that, he says, than be stubborn and crash out without a deal but with the ‘prize’ in sight.

The catch is that there’s an enormous amount to get done with either of these plans, and very little time between now and 31 October. The new PM – currently looking likely to be Johnson – will take office on 24 July, but rumours already abound of an early no-confidence motion, with the possibility of some Tory MPs backing such a motion and bringing down the government.

If this happens, the ensuing general election will make talks of any sort with the EU impossible. Even if it doesn’t happen, Parliament is set to be in summer recess from 25 July until 3 September. With conference season then taking up most of September and early October, it seems wholly unrealistic to seek a renegotiation with the EU on the backstop – arguably the most intractable issue of the whole Article 50 process.

However, all this misses the most important point. As many EU leaders have repeatedly made clear – including Prime Ministers Mark Rutte of the Netherlands, and Leo Varadkar of Ireland, and German Chancellor Angela Merkel – the Withdrawal Agreement (WA) cannot be reopened. Such comments reflect two things: first, the strongly held belief that the WA is the best deal on offer given UK and EU red lines; and second, the EU’s limited bandwidth, given several other pressing matters.

The EU is currently going through its five-yearly process of appointments to the most senior institutional positions, including the presidencies of the European Council, Commission and Central Bank, and a new High Representative (the EU’s chief diplomat). This is always a challenging process but this year it has proven especially difficult given the need to ensure the allocation of posts reflect politics, geography, gender, and the balance of large and small, and older and newer member states.

A breakthrough was achieved on 2 July with the announcement by the Council of its nominees – the most important being the current German defence minister Ursula von der Leyen to the European Commission presidency. However, this is only the first stage in what could be a difficult summer of negotiations between von der Leyen and the key European parliamentary groups whose votes she will need to confirm her appointment.

The challenge is that von der Leyen’s nomination has significantly damaged the Spitzenkandidaten (‘lead candidate’) system. First used in 2014, the system allows the party that wins the most seats in the European elections to nominate its candidate for Commission President.

Last time this led to the appointment of Jean-Claude Juncker, but this time, Manfred Weber, the candidate of the centre-right European People’s Party, which emerged from the 2019 elections as the largest party, was quickly sidelined as member states sought to reimpose their prerogative. The European Parliament is unlikely to accept this loss of influence without a fight, and this may mean preparations for the new Commission on 1 November – including the allocation of key portfolios to member states – will drag on.

Assuming von der Leyen does succeed Jean-Claude Juncker, her pro-integration credentials mean the Commission is likely to maintain the tough line on Brexit it has adopted up to now – namely that the WA is the only deal on the table and cannot be re-opened, and that the time for negotiation is over.

The next item on the list is to make progress on the Multiannual Financial Framework for 2021-27. The talks at this stage are about establishing the main headings of the budget: assigning relative priorities to digital innovation, cohesion funds, security and defence, and so on. These are political choices, naturally, and given the complexity of the EU’s budget, and the attendant political sensitivity, this is obviously an enormously complicated task. The Council has set a target to have agreed a budget by the end of the year.

This planning is tied in with the strategic agenda for the next five years. The Council published an initial document last month, outlining four key issue areas: protecting citizens and freedoms; developing a strong and vibrant economic base; building a climate-neutral, green, fair and social Europe; and promoting European interests and values on the global stage.

Again, at this stage these are more statements of intent than detailed plans; but over the coming month the Council will seek to corral the member states into more detailed agreement, and will work closely with the Commission and Parliament on the specific work packages under each.

And then, of course, there are the usual external issues to deal with: sanctions on Russia have just been renewed, but the Italian government is pushing for a relaxation of sanctions and a thawing in relations; while Turkey is making a nuisance of itself in the eastern Mediterranean, and Greece and Cyprus are demanding a stiff response.

All this demonstrates the uncertainty the next Prime Minister will have to navigate after 24 July. In short, the EU’s leaders, both national and supranational, will be focused on other challenges and are likely to have little time and less interest in engaging in yet more Brexit negotiations, particularly if their British interlocutor has nothing positive and new to offer in terms of taking the process forward.

At the same time, the European Council – which must decide on any new extension request – is likely to adopt an increasingly tough tone, as it has plenty of other pressing issues to focus on.

As the EU charts its course for the next five years, whoever becomes the next British Prime Minister will find no quick fixes to the problems Theresa May has wrestled with over the past 28 months.

By Dr Nick Wright, an Associate of the UCL Constitution Unit and researcher and teacher on EU institutions and policy making, and Dr John-Paul Salter, a researcher at the UK in a Changing Europe and teaching fellow in public policy and management at UCL.