The European Parliament: a powerful player in the Brexit game 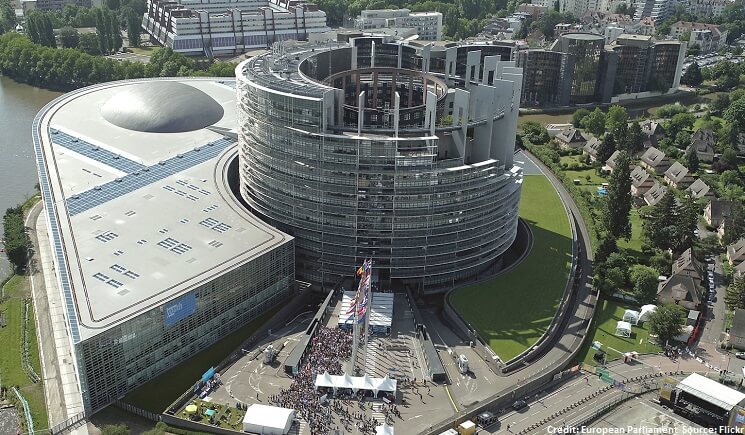 The European Parliament has played a salient role in Brexit negotiations, as I have discussed elsewhere. Without any doubt, it will continue to do so after the elections.

The European Union treaty gave a formal and, apparently, limited role to the Parliament: it has to approve the final withdrawal agreement. Starting from this very precise competence that does not grant additional involvement, the European Parliament carved a central position for itself in the negotiations.

For this, the EP’s leading actors in the Brexit process (such as Guy Verhofstadt or, initially, Martin Schultz) invoked the option of transforming the vote into a veto if the demands of Parliament were not taken into account.

This relationship also paid off for the Commission: the European Parliament played the role of ‘bad cop’, always prepared to air its opposition and disagreement to the UK government’s offers. This lent additional credibility to the already very rigid position of the Commission’s negotiating team. Thus, this very robust synergetic relationship, next to the threat of the veto, combined to favour the European Parliament’s empowerment in negotiations.

The EP’s role is not over yet. The new Parliament, with its groupings reconfigured following the elections, will need to approve the agreement (if, that is, the UK Parliament finally accepts it!). Given the antecedents referred to above, the appetite of the European Parliament to yield to significant changes promoted by the UK government seems very slim, or even non-existent.

Polls predict that even though the three largest traditional groups in the European Parliament (the Christian Democrats, the Socialists and the Liberals) will suffer losses, they will still retain a majority large enough as to pass (or veto!) the agreement. Moreover, during the negotiations, not only did these three groups forge a solid consensus on Brexit, but they were also able to make it attractive to other groups traditionally more reluctant to mainstream EU policies, such as the Greens or United Left.

This formidable coalition of different ideological families successfully fenced off eurosceptics (mainly the UKIP MEPs) from any significant influence over the negotiations (even though the latter did not miss any opportunity to have their voice heard).

The next election will probably deliver larger eurosceptic group(s) in the European Parliament. But it is doubtful that they can exert additional pressure on the outcome, not only because of their minority positions but also because the large internal heterogeneity – not to say contradiction – among their respective national interests. Will the France’s National Front or Italy’s Five Star Movement, be prepared to offer support to, say, UKIP if Brexit issues could be perceived as damaging their respective interests?

Furthermore, the vote on the withdrawal agreement will not end the involvement of the European Parliament. When, if, Brexit happens, the UK and the EU will need to negotiate a new arrangement covering future relations.

The ambiguity of treaty provisions on the European Parliament’s role might seem to call for a marginal role; however, these negotiations will be very similar to those that the EU carries out when it negotiates trade agreements (the Canada agreement, for instance) and, in general, any external agreement with third parties. Experience has shown that the European Parliament has exploited fully its options, and become involved more extensively in these negotiations –  again, with threats of veto playing a decisive role.

The landscape for these negotiations and, hence, for the European Parliament’s role seems though more complicated than in the case of the withdrawal agreement. On the one hand, the array of issues involved (virtually everything from fisheries to trade, and from research to free movement) may make the emergence of the inter-party coalition that have characterized the Brexit negotiations more difficult.

On the other hand, the future relations agreement needs the ratification of all EU member states (and the UK) if the EU considers it a mixed agreement (i.e. affecting both EU and national competences). This means that national parliaments will also become important actors, able to effect the situation in two different ways. First, they may act also as eventual veto players in relation to their respective national governments.

Those prospects clearly reveal that the European Parliament is a powerful, even if often unnoticed, player in the Brexit game.

By Carlos Closa, Professor at the Spanish National Research Council (CSIC), Madrid and the School of Transnational Governance (STG) at the European University Institute (EUI), Florence.