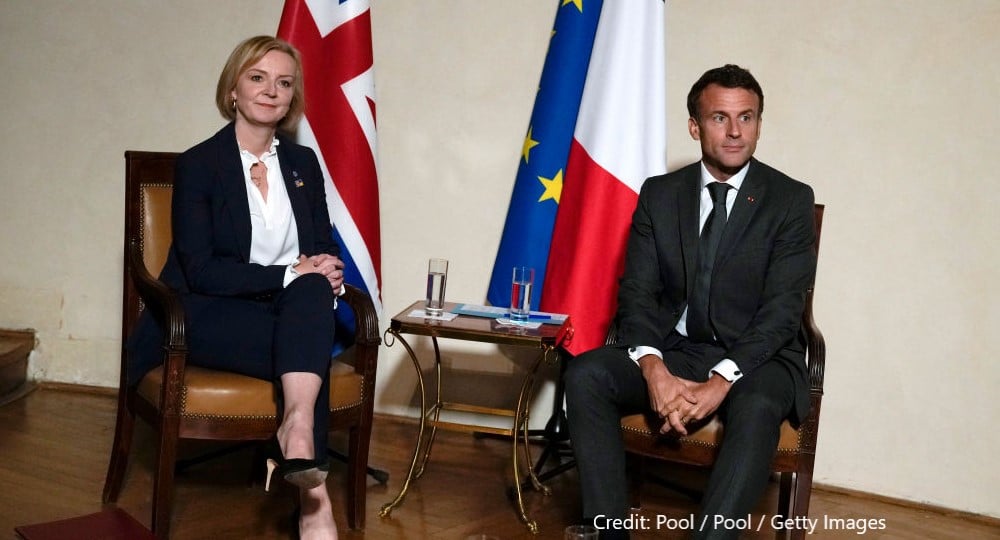 Christian Turner reflects on the first meeting of the European Political Community (EPC), highlighting that whilst the first summit appears to have gone well, there are still questions around the EPC’s purpose and aims.

On Thursday 6 October, 44 leaders from across Europe travelled to Prague Castle for the inaugural summit of the European Political Community. The brainchild of French President Emmanuel Macron, the summit saw all 27 EU member states, EFTA members, EU candidate countries, the UK, Azerbaijan and Armenia take part.

Given the scepticism that existed ahead of the summit, including whether the likes of the UK and Turkey would participate, it has appeared to have gone off without a hitch (minus a minor spat between Turkey and Greece).

Indeed, the summit was noteworthy for two somewhat unexpected developments – firstly, the surprise sideline discussion between Azerbaijan and Armenia, which was not announced ahead of the summit and was brokered by Macron, eased tensions between the two.

Secondly, the reset of UK-France relations, including a commitment to the first bilateral summit between the two in five years in 2023, as well as an agreement to work more closely together on energy security. In fact, Prime Minister Liz Truss seemed to use the summit to seek some closer ties with EU partners, committing to reconvening the Calais Group on migration, joining PESCO (subject to EU Council approval) and re-joining the North Seas Energy Co-operation group. The UK will also host the fourth summit of the EPC, after Moldova and Spain respectively, reflecting the EU/non-EU alternating presidency model the EPC has adopted.

While the first summit appears to have gone well, there still exist nagging questions as to its ultimate purpose. It was decided ahead of the summit not to have a joint communique, presumably to avoid potentially acrimonious haggling. This in turn leads to the question of what was actually discussed and agreed. Further still, the desire to keep it inter-governmental means that the EPC lacks a central secretariat, relying instead on countries’ respective Foreign Ministries and Sherpas to conduct discussions and implement actions pre-and post-summits.

There is also the firm desire to avoid any overlap with existing structures, such as the Council of Europe, the OECD, the OSCE, the G7/G20 and NATO. It is the latter trio, the G7/20 and NATO respectively, that the UK is understood to have been particularly clear that it doesn’t wish to undermine, perhaps reflecting why the inaugural EPC summit focused on energy and the fallout from the Russian invasion of Ukraine. The pre-existing forums either were unsuitable due to Russian membership which hindered discussion, lacked a mechanism for the meeting of heads of state/government, or limited the ability for cross-European dialogue by excluding non-members.

The key conundrum for the EPC will be how it develops over time. It currently is seeking to be something to everyone. For EU member states, it is serving as a means to engage better with its neighbourhood, an area where it has struggled recently. For candidate countries, it is a way to engage with member states as progress stalls on joining the EU, although there is little appetite for it to serve as a half-way house to EU membership.

For the UK and possibly Turkey, it is a geopolitical entity for coordination, but only if it doesn’t overlap with existing structures. Finally, there are the security considerations of Ukraine, Moldova, Armenia and Azerbaijan; all have varying levels of concerns of escalating or expanding Russian military aggression. Whilst their respective inclusion in the EPC is a signal of the waning influence of Moscow post-invasion, it also does little in the short-term to address the address the security concerns of non-NATO members. Indecision can buy time, but it can also stall momentum and reduce appetite for progress.

There are also smaller, but no less significant questions that exist. In Macron’s speech back in May when he first unveiled the EPC proposal, he spoke of a grouping that worked together on areas such as energy, infrastructure and transport, whilst even dangling the prospect of enhanced mobility, especially for young people.

It is difficult to see how the UK, for instance, would sign up to anything that looks remotely like Freedom of Movement, given the acrimonious debate that took place during the Brexit years.

There are also questions around membership. Are the inaugural attendees committed to the EPC or will they seek to withdraw in the future? Will other countries be invited? Shortly before his resignation, Boris Johnson spoke of the possibility of including Northern African countries, perhaps reflecting the UK desire to deal with migration.

And how will more pro-Moscow leaders like Hungary’s Viktor Orban and Serbia’s Aleksandar Vučić handle the EPC, given that it currently appears to serve as an ‘everyone but the Russians and Belarusians’ European club?

Much has changed in the aftermath of 24 February, when the European security structure received its greatest jolt in decades. It is in the rubble of war that the foundations of strengthened institutions and alliances are often be laid. Action is underway to build stronger structures, strengthening the geopolitical bondage of Europe as it confronts the Great Power politics of the 21st century.

The EPC is the first attempt to address the current imbalance in relations across Europe, especially those in Eastern Europe and the Caucuses. There is also the first indication of a post-Brexit Britain awakening to the need to rebuild and enhance European relations, especially as concerns build of a return for a Trumpian-style candidate to the US Presidency.

Its unexpected desire to host the second EPC summit pre-Prague reflected the advice of former British Ambassador Sir Ivan Rogers at a recent UK in a Changing Europe event – the UK can either be on the outside and watch something take shape that it cannot influence, or it can be on the inside, helping to build it according to its own interests. The lessons of the Treaty of Rome, namely when the UK refused to sign up to the precursor of the European Union and then tried to influence it from the outside, appear to have been learned. It remains to be seen whether anything will come of it.

By Christian Turner, PhD candidate, Centre for Britain and Europe, University of Surrey.