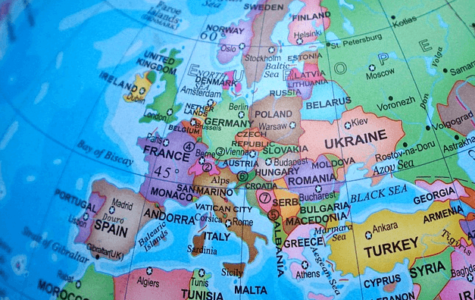 The single market is the trading area in the EU in which most trade barriers are removed. The European Commission describes it as, “one territory without any internal borders or any regulatory obstacles to the free movement of goods and services.”

Membership of the single market requires regulatory alignment for EU members where it concerns their trade with the EU, and compliance with EU regulation for non-members.

EU member states have to follow all of the single market’s rules, but other countries can decide to align some or all of their regulations to the same standards: for non-EU businesses who want to trade in the single market, the requirement is to show they meet the relevant rules.

Non-EU member states who have free trade agreements (FTAs) that align some or all of their domestic rules with the single market include EEA (European Economic Area) members and those with bilateral agreements with the EU.

The European single market was originally set up through the ECC (European Economic Community) Treaty in 1957. The single market we know today was created in 1993.

What is the single market?

The single market is the area of the EU in which goods and services can move freely, without internal borders or regulations.

This means that barriers, such as tariffs, are not imposed on trade within the single market.

The rationale for this is that it increases trade within the EU, and with EU partners, by creating smoother and more efficient supply chains. 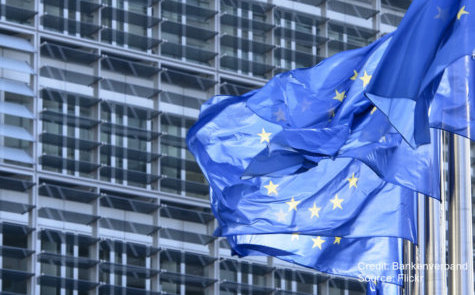 The single market is built upon the ‘four freedoms’ of the EU. This allows for the free movement of goods, capital, services and labour, which form the basis of all economic activity. These freedoms cover the full EU population of 500 million people.

Which countries are within the single market?

EU member states form the core of the single market. An EU member state pays a contribution to the EU budget, elect officials to its institutions and adheres to all EU directives and laws.

However, some countries that are not EU member states also align their rules to the single Market, extending it beyond the EU.

This includes members of the EEA (European Economic Area): Norway, Iceland and Liechtenstein. Switzerland also trades with the single market through a bilateral agreement with the EU.

The single market and the Customs Union

The single market is different from the European Union Customs Union but they are interconnected.

The single market (also called the ‘internal market’ and, before that, the ‘common market’) is the area of the EU in which states freely trade, and with which outside states can align their own rules by agreement.

The Customs Union overlaps with the single market, as it is a club of countries in which customs (tariffs and duties) have been removed from goods.

It also ensures that countries charge the same import duties to countries outside of the single market, in order to avoid trade being diverted through members with low duties.

The Customs Union also requires the members of its club to join together to negotiate trade deals involving customs, since these have implications for the entire membership.

Like the single market, non-EU member states can also be part of the Customs Union by agreement. This currently includes Andorra, Monaco, San Marino and Turkey. Many of these arrangements are negotiated by each country and the EU.

For example, Turkey is able to trade freely in goods as a result of the European Union-Turkey Customs Union.

Similarly, it is possible for a country to trade in the single market but not to be a member of the Customs Union. This is the case with EEA countries: Iceland, Norway and Liechtenstein. 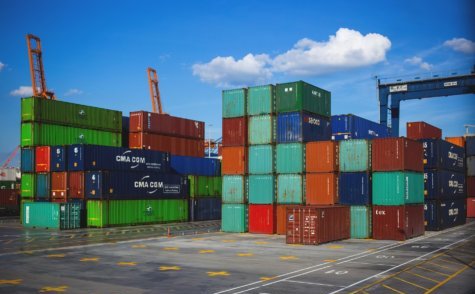 It is also argued that tariff-free trade makes producers more competitive by giving them more incentive to make their goods cheaper, both by more efficient production and by paring back profit margins.

It is argued that the costs of tariffs are handed down to the consumer by increasing the price of retail goods.

Higher prices may discourage consumers from buying products, which could have a negative impact on growth. The removal of barriers is known as ‘negative integration’ because it is taking something away.

As well as removing barriers to trade, such as tariffs, the single market also seeks to harmonise the rules that govern trade.

Like the removal of tariffs, this is thought to make trade smoother by removing administrative burdens and therefore reducing cost.

This single set of rules ensures that the same equality of goods and services are maintained throughout the EU.

These regulations enforce minimum standards, which mean that countries can make laws stricter for products that are produced within their borders.

However, it must allow products from other countries which fall below this standard, but which meet the EU standard, to be sold in its country, under a process known as ‘mutual recognition’.

Legal autonomy of non-EU member states within the single market

Non-EU members are required to adhere to EU rules but this is more complex than for EU member states.

The non-EU EEA countries who align with the single market – Iceland, Norway and Liechtenstein – can negotiate their own trade deals individually or through the EFTA: They are not party to the EU’s trade deals.

They can also opt out of some EU legislation, including fishing quotas, but are still required to implement EU laws where they relate to their participation in the single market, such as the free movement of people.

On laws relating to health and safety, the environment and social provisions for workers, such as maximum working hours, EEA members are obliged to recognise EU rules. EEA states also often adopt new EU laws as they are created.

However, EEA members have more leeway in opting out and declining to recognise some EU laws, such as the Common Agricultural Policy.

The non-EU members, as a bloc, collectively decide whether to recognise laws, and negotiate these with the EU. EEA member states are obliged to respect the EU laws that are recognised this way.

Individual states do not have autonomy to select EU law independently, unless by agreement directly with the EU.

EEA states recognise roughly a fifth, or 20%, of all EU laws. There are roughly 25,000 EU laws in force as of today. This applies to the EEA countries mentioned (Norway, Iceland and Liechtenstein).

Since the four freedoms are a foundational part of the EU treaties that created the single market, even those EEA states that are not EU member states accept freedom of movement. This applies to Norway. 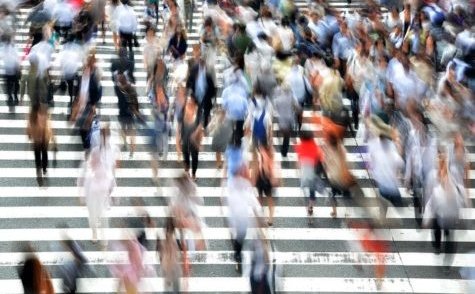 While Norway is not obliged to recognise all EU law, besides that which the EEA collectively incorporates, it cannot regulate the flow of people within the Schengen Area, to which it is signed up. This means that workers from EU member states are free to work and live in Norway.

This is the area constituting 26 states in which no internal passport and border controls are made. This requires a lot of sharing of information between members on those entering the area, with the same standard of checks applying all around its border.

Most, but not all, members are part of the EU. The EU operates a Schengen visa, which allows international, non-EU citizens the ability to travel freely within all states that are part of the Schengen Area.

The United Kingdom, despite being an EU member at the time of writing, is not a member of Schengen, as it operates passport and border controls at its national borders.

Financial Contribution and Participation in the single market

EU member states contribute a certain amount to the EU budget, based on a number of different factors, of which their relative economic size and wealth is most important. This is then allotted to the various programmes of the EU and other spending needs.

Non-EU members who trade with other nations in the single market, including EEA and EFTA members, are also required to make financial contributions to the EU.

Again, this contribution is based on the size of their gross domestic product (GDP). Norway contributed roughly €1.3 billion to the EEA between 2004 and 2009.

Non-EU EEA members are also obliged to pay into the EEA EFTA Budget. Through this channel, the EEA contribute to the EU’s operational and administrative expenditure. EU operational expenditure refers to the EU programme budget.

Administrative expenditure refers to the costs of running the EU. Non-members therefore contribute to the EU budget as part of their participation within the single market.

Role of the European Court of Justice (ECJ)

The ECJ adjudicates between parties in legal disputes and interprets EU law in practice. It is distinct from the Commission and EU Parliament, which conceive and pass EU law. The ECJ has a role in the single market, by determining (for example) whether one national law is contravening or upholding EU law where trade is concerned. 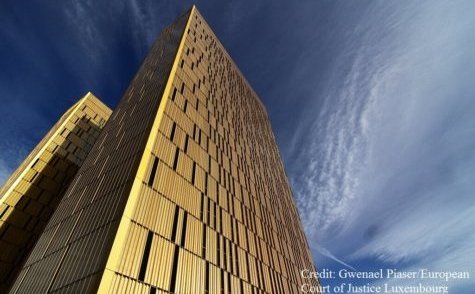 Britain and the single market

The single market in global trade

The single market accounts for 25% of global GDP. Services are a large part of trade in the single market. Trading in services accounts for over 70% of economic activity in the EU, according to the European Commission. Services are a large part of the UK economy. The services sector contributed £119 billion to the UK economy and made up 6.5% of its total economic output in 2017. 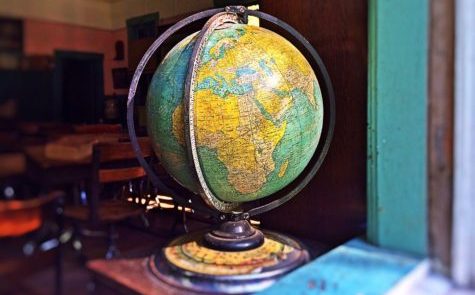 The European single market is the area in which trading and economic activity takes place. Barriers to trade, such as tariffs, are removed and all member states sign up to the same regulations and laws in order to allow this.

It is made up mostly of EU member states. It is administered and legislated for by the EU, made up of representatives of member states in the Commission, Council and Parliament. The EU adjudicates between states when there are conflicting national laws through the ECJ (European Court of Justice), over which EU law takes precedence.

However, non-EU member states such as Norway also align with the EU single market. In these cases, groups of countries (such as the EEA, the European Economic Area) negotiate the terms under which they can trade in the single market, contribute to the EU’s budget and recognise some of their laws.

They are able to recognise fewer EU laws than a fully signed-up EU member state but are obligated to recognise those that the EEA recognises on their behalf.

They are not represented within the EU’s three political institutions, which create the laws that govern the single market, because they are not EU member states.

EEA members accept the four freedoms of the EU, including the free movement of people.

EEA countries are also outside of the Customs Union, despite being inside the single market.

To summarise, the single market is governed by EU institutions and overlaps with a number of different unions or blocs, which have different roles and rights within the market.

By Josephine Harmon, policy researcher at the UCL Institute of the Americas.