The EU’s mandate for the Future Partnership 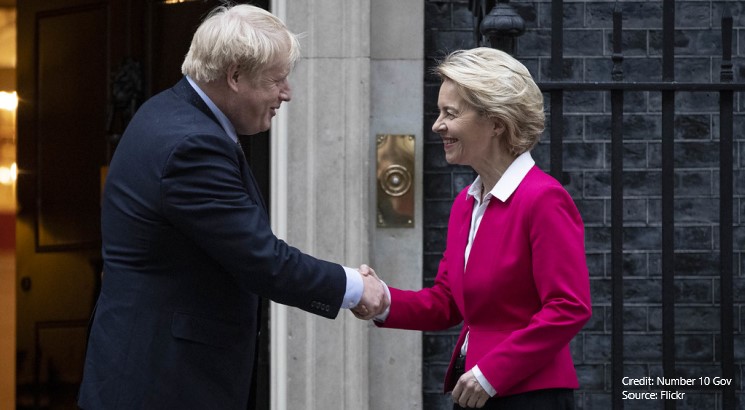 The publication of the EU’s mandate for the coming round of negotiations with the UK is a good point to consider the impact of the politics of Brexit.

One of the more persistent – and unnecessary – features of the process to date has been the failure of British politicians to recognise that domestic grandstanding has compromised levels of trust on the part of the EU, and that this has translated into material consequences in negotiations.

The mandate provides a neat and measurable indication of this, since the Commission has kept up its strategy from the Article 50 talks of publishing a lot of its internal documentation; in this case, the draft mandate that member states have been considering over the past few weeks.

The substance of the final mandate remains unchanged from that draft, with a plan for comprehensive partnership centred around a free trade agreement, flanked by cooperation in areas such as security and defence, and capped by a single framework for governance.

This reflects the overlap that the EU sees between itself and the stated intentions of the UK, albeit with a design that allows for the progressive addition of more interaction and cooperation as the relationship develops. But crucially, that governance framework also ensures a more robust system for ensuring implementation, compliance, and dispute settlement.

Put differently, the EU wants ‘to have as close as possible a partnership with the UK in the future’ (Art.6), but it also wants to ‘ensure the protection of [its…] interests’ (Art.10).

Such a position is not so different from the UK’s, but the disquiet about the latter’s intentions has fed through into the detail of the mandate.

Most obviously, the EU has tightened up its language around fisheries. Not only is there a reaffirmation of the need for an agreement in this area simultaneously with the trade element, but the Union now seeks an ‘upholding’ (Art.89) of access to fishing waters, rather than just a ‘defining’.

This points not merely to seeking an agreement, but to seeking an agreement that preserves much of the current arrangements under the Common Fisheries Policy. Moreover, it is done with the clear knowledge that fishing has become a totemically important issue for the British side, where it might prove hard to give way.

For related reasons, the mandate has also added language on the need for ‘parallelism’ (Art.11) across the various negotiations that will be occurring from next month. Less obtusely put, this means that blockage in one area will mean blockage of the entire package. Despite the UK asking for relatively little at this stage, the EU is stressing more it did that the only way for this to proceed will be for all sides to get their needs met, rather than just hoping that areas of non-agreement can be picked up down the line.

While the wording of the section on dispute settlement hasn’t changed (Arts.158-161), it scarcely needed stronger provisions. When there is a failure to comply with a resolution, the EU would want to be able to suspend not only part or all of the specific agreement, but also any additional agreements. This would make it even less attractive to either party to not accept the process, since the effects would not be bounded by the specific area of cooperation.

Such a robust set of dispute settlement remedies hardly points to a high level of confidence about the future, although it does also potentially reduce the likelihood of being used. Which may be the point.

And this leads to a one last, more optimistic note.

The notion of a Level Playing Field has become central in the discussion of late: the idea that both sides should commit to uphold their standards in areas such as environmental protection or workers’ rights, and not compete on that basis.

Much of the language from the Commission of late has pointed towards ensuring this by way of the UK committing to continue using EU’s rules in these areas – not least because it currently uses them now. The pushback from the UK was firm, with the argument that there was little point in leaving the EU only to then continue to be bound by its decisions.

So of this appears to have come down to semantics. The British government appears more concerned to have the power to diverge, rather than any actual plans so to do: as it has noted, its levels of protection are often higher than the EU’s.

The EU mandate now talks of ‘sufficient guarantees for a level playing field so as to uphold corresponding high levels of protection over time’ (Art.17). Thus the UK could have its own rules, but ones that can be mapped across to the EU’s.

This doesn’t solve the problem of how to assess equivalence, and what happens if one party wants to raise standards but the other doesn’t.

However, it does point to the pattern of the coming months of negotiation: turning words into action.

By Simon Usherwood, Professor of Politics at the University of Surrey.