The EU’s strategy going into the European Council summit 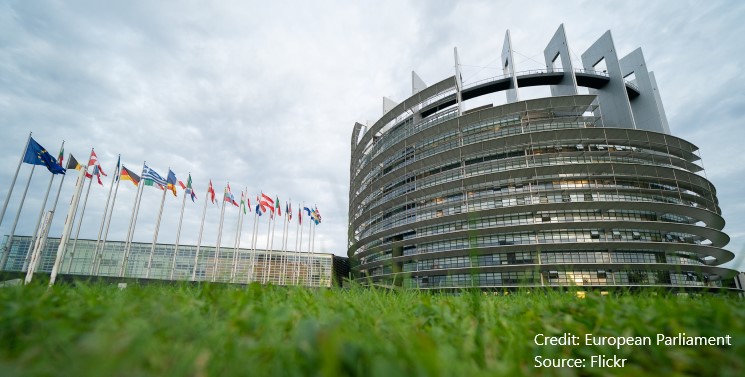 As the crunch summit of the European Council on 17-18 October approaches, speculations about the EU’s strategy mount.

This is perhaps a little odd, given that that strategy has remained more or less the same ever since the Brexit negotiations started.

First, the EU has been ready and willing to engage in negotiations whenever needed or requested by the UK.

The European Council adopted its guidelines for the chief negotiator Michel Barnier and his team in the Commission just a month after Theresa May triggered Article 50 in March 2017.

The guidelines, which were later translated into formal negotiating directives, stressed the need to reach an agreement that would minimise the disruption caused by Brexit, and to solve the issues around citizens’ rights, financial commitments and the Irish border.

Provided with these negotiating directives, Barnier and his team could meet with their British counterparts as soon as the UK government was ready to start talks in June 2017.

Throughout the 18 months that followed, the EU and the UK negotiating teams engaged in frequent and intense negotiations leading to the adoption of the 600-page Withdrawal Agreement.

After the Withdrawal Agreement being rejected three times in parliament, and the subsequent change in leadership in the UK, no calls were made to resume negotiations for several months, despite the clock ticking.

However, as soon as the UK submitted its most recent proposals aimed at amending the Irish backstop – seen as the main problem by many of the MPs rejecting the Withdrawal Agreement – the EU responded by immediately re-entering negotiations (which are on-going at the time of writing).

This willingness of the EU to engage is also evident at the highest political level.

The leaders of the EU27 have over the last three years dedicated much time and energy to Brexit during most of the regular European Council summits.

There have also been several Special European Council meetings focusing solely on Brexit when particular issues have had to be solved or when political guidance has been called for.

If needed, the EU has indicated that one such meeting could be held on 29 or 30 October – that is, two days before the UK is scheduled to leave the EU.

This strategy of being ready to engage 24/7 has been adopted to ensure that any lack of progress in the Brexit negotiations cannot be blamed on delays on the EU side.

Second, in terms of the content of a Withdrawal Agreement, the EU has always been clear that any deal must safeguard the integrity of the single market, protect the Good Friday Agreement, and avoid a hard border on the Island of Ireland.

While the EU welcomes Boris Johnson’s proposal for Northern Ireland to remain aligned with EU regulations on agriculture, food and manufactured goods, it has serious concerns over the proposal to have Northern Ireland in the UK customs territory, as it re-introduces the need for some sort of customs checks between Northern Ireland and the Republic of Ireland.

Since the UK government opposes the Irish backstop, designed to avoid a hard border by keeping all of the UK in the EU’s customs territory until or unless it is superseded by a subsequent agreement, it might reconsider the all-Ireland solution.

Through this solution, which was the initial proposal for the backstop until it was rejected by the DUP, Northern Ireland would remain aligned with the customs territory of the EU.

This would satisfy the EU as the border would be down the Irish Sea rather then between the Republic and Northern Ireland, but might be challenging for the Prime Minister to sell domestically.

Third, to ensure ratification of a potential deal reached with the UK government, Barnier and his team have engaged in close consultations with both the Council and the European Parliament, which have to ratify the final Withdrawal Agreement.

Throughout the negotiations, they have consulted with the ad hoc Working Party on Article 50 and the EU27 ambassadors in ‘COREPER (Art. 50)’ on a weekly basis, and with the EU27 ministers in the ‘General Affairs Council (Art. 50)’ on a monthly basis.

Similarly it has engaged regularly with the Brexit Steering Group of the European Parliament to keep MEPs up-to-date on the negotiations and to listen to their concerns.

Even in the current intensive phase of the negotiations, Barnier has stressed how he and his team remain in permanent cooperation with all the member states and the European Parliament.

This strategic engagement with the Council and the European Parliament has gone beyond that of any previous EU negotiation, and it has contributed to the unprecedented levels of unity within the EU.

Barnier and his team are unlikely to agree to anything that would not have the support of the Council and the European Parliament.

Consequently, if the EU and the UK were to reach an agreement, and if the UK Parliament were to ratify this agreement, both the Council and the European Parliament would most likely agree to it.

Fourth, the EU has prepared for a no deal Brexit.

While the EU never considered the no deal threat as a rational negotiating strategy, it quickly became clear that it was a strategy adopted by the UK.

Following May’s insistence that ‘no deal is better than a bad deal’, the EU and the member states started intensive no deal preparations, which were considered complete in April of this year.

With Johnson’s resolve to leave the EU ‘do or die’ there is a clear sense in the EU that a no deal scenario is a likely outcome.

However, even if preparations have taken place, it is an outcome it wants to avoid.

In case the two parties fail to reach an agreement at the upcoming summit, the EU is therefore most likely to agree to an extension, if the UK asks for one, that is.

With this consistent strategy throughout the Brexit negotiations, we are unlikely to be met by any surprises on the EU side.

Instead – and as has been the case throughout these negotiations – the drama is more likely to play out on this side of the Channel.

By Dr Magdalena Frennhoff Larsén, senior lecturer in EU studies and course leader for BA Politics at the University of Westminster.