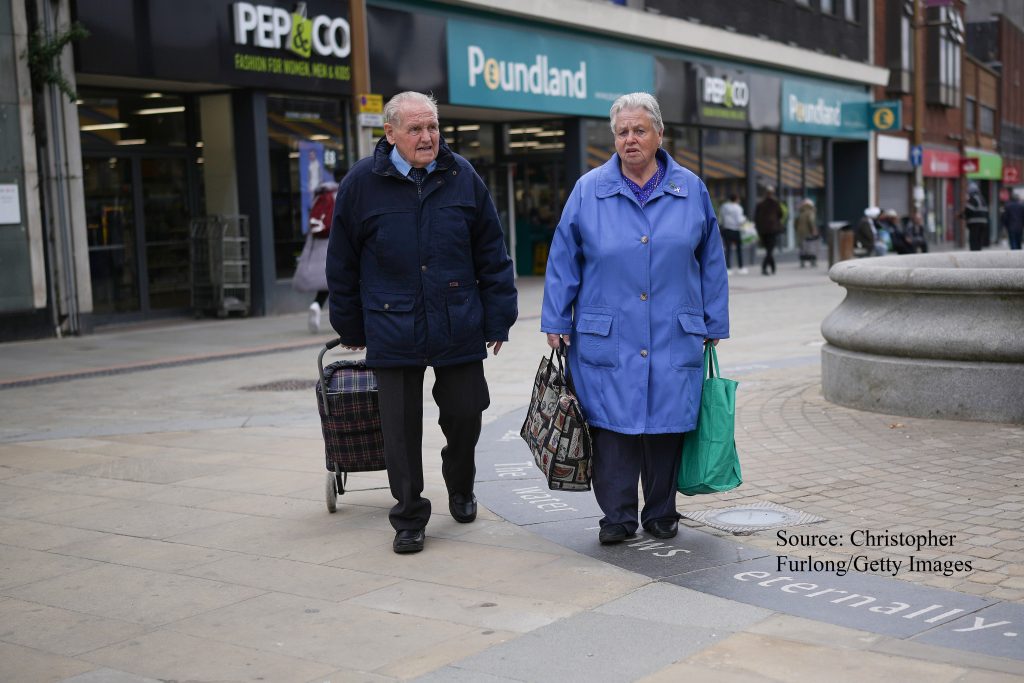 In sharp contrast Brexit has all but disappeared from people’s immediate concerns, languishing at the bottom of the list of issues. Just one in 10 people mention Brexit as one of the most important issues, while fewer than one in 20 say it is the most important.

Despite this we know that how the British public views the economy and politics more generally is still refracted through a ‘Brexit’ lens. Polling conducted by Redfield and Wilton on behalf of UK in a Changing Europe has shown that many people continue to identify politically with how they voted in 2016, with around two thirds of the public saying they identify as either a Leaver or a Remainer. Similarly, how people voted continues to influence how they see Brexit. For those who voted leave, 65% see Brexit as delivering opportunities to be maximised while 64% of Remainers see drawbacks to be minimised.

These patterns are reflected in how people see the impact of Brexit in different economic, social and political spheres. The influence of these perceptions also has political consequences. We asked people what they thought the impact of the United Kingdom being outside the European Union had been on a range of issues, and the patterns between answers and whether someone voted leave or remain are in many respects predictable. Across issues such as the NHS, wages, the economy and Britain’s influence in the world those who voted remain are more likely to think things are worse (or the same) and those who voted to leave are more likely to think things are better (or the same). 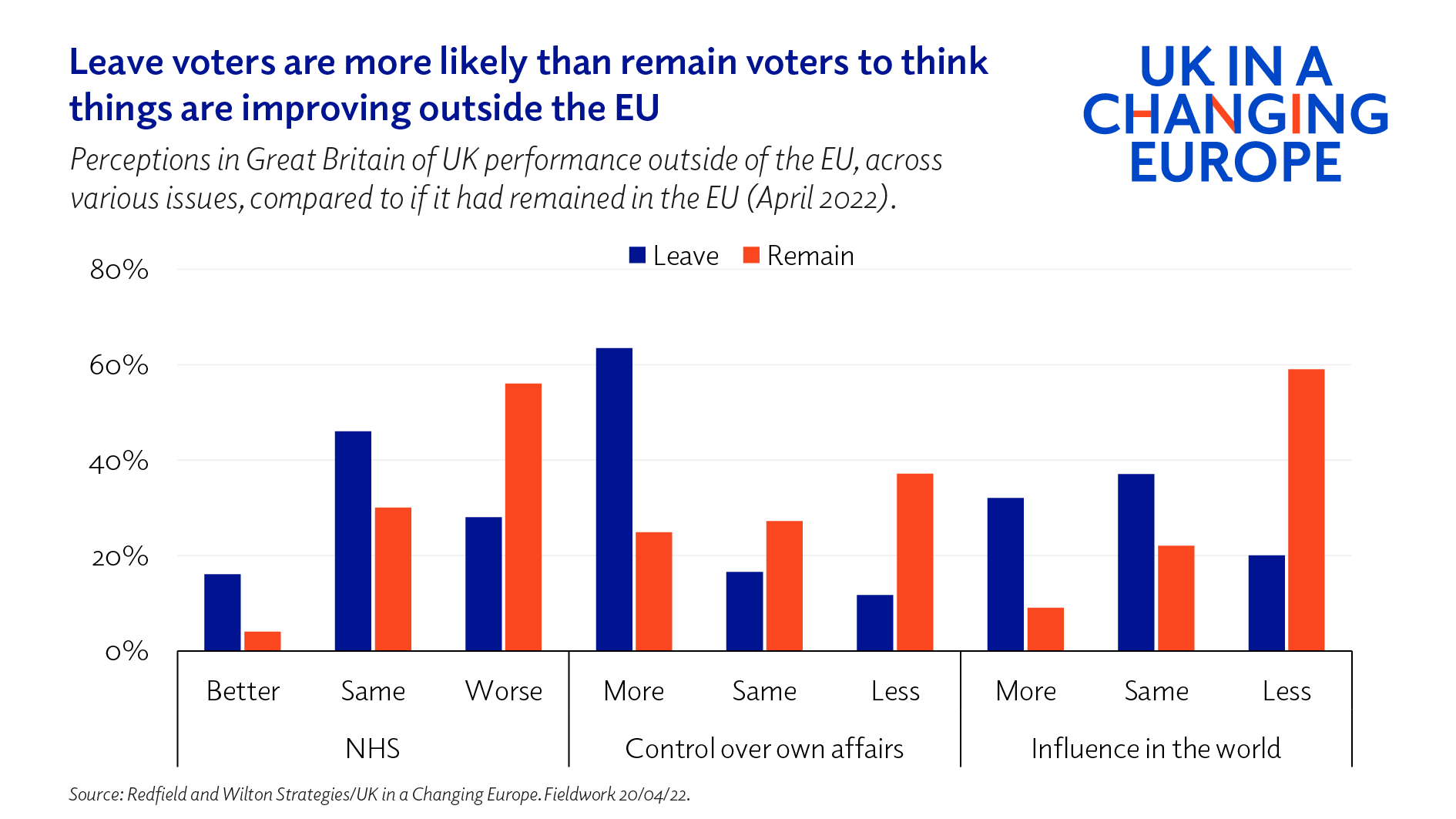 When asked about the economy in general, 68% of Remain voters say it is weaker for being outside of the EU, and while the modal position for Leave voters is that the economy is about the same, just under one in three believe it is stronger. 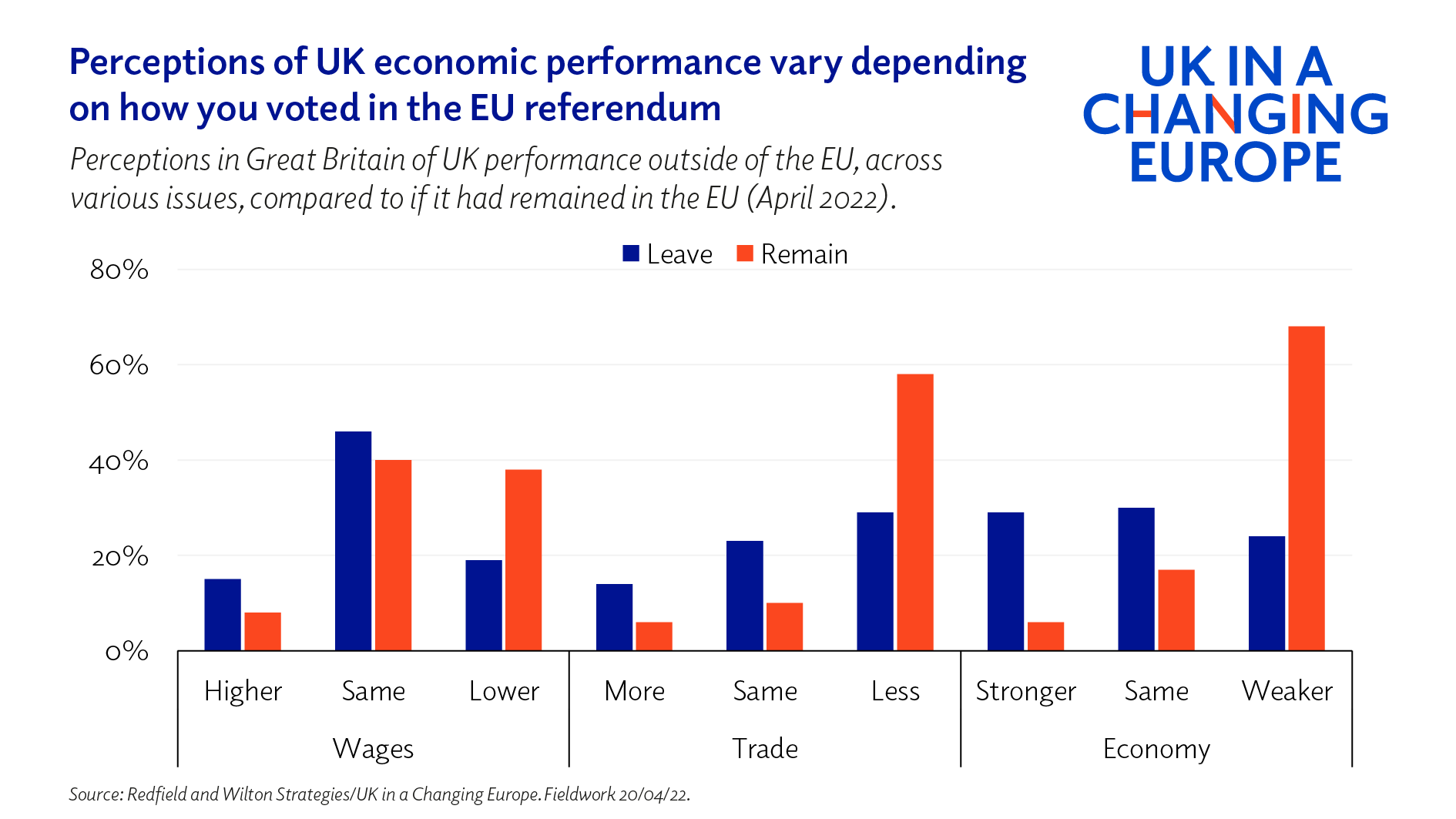 How we voted in the referendum continues to influence how we see the outcomes of Brexit. But one issue stands out as having broad agreement between leave and remain voters; among both groups of voters a clear majority believe that the cost of living is higher as a result of the United Kingdom being outside the EU. While a larger proportion of remain voters take this position (78%) it is nonetheless a clear majority view among leave voters (57%). 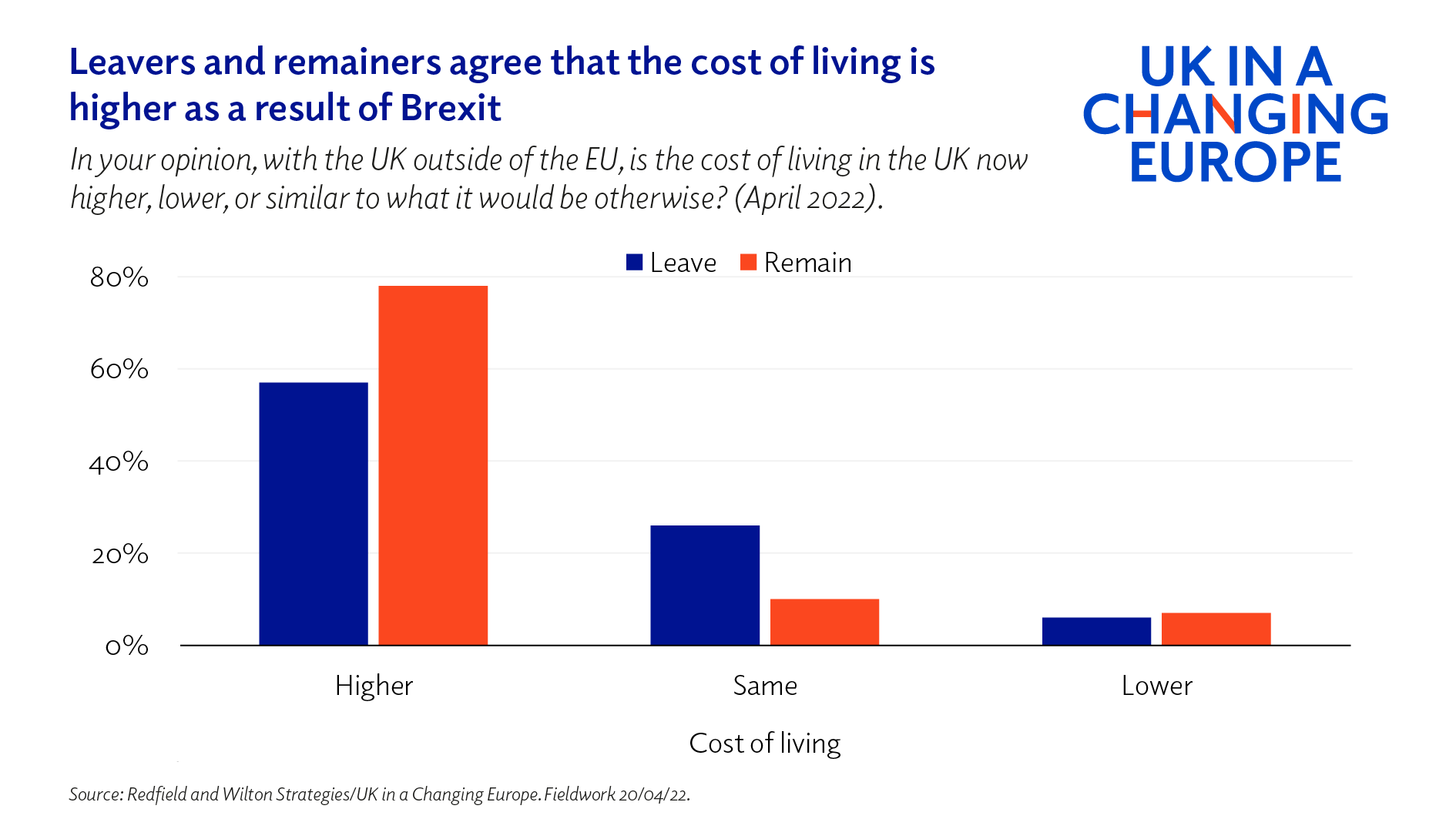 The public’s perception on this issue is confirmed by the evidence. Research conducted by the Centre for Economic Performance at the London School of Economics and published by UK in a Changing Europe estimates that the increase in UK-EU trade barriers since the implementation of the TCA had raised food prices in the UK by 6% by September 2021.

In 2017, as many as 60% of leave voters felt that ‘serious’ damage to the UK economy was a price worth paying to achieve Brexit and leave campaigners have been clear that the decision to leave the EU was not a simple economic calculation. But even in 2017 a smaller number agreed that personal economic hardship was a price worth paying. The outlook in 2022 is so different to 2017 as to almost be unrecognisable – a global pandemic, war in Europe, a Conservative government with a large majority and a cost of living crisis.

The voters may be aware that the cost of living crisis has multiple causes, but they are clear that Brexit is among them and as the crisis worsens there may be an appetite for doing Brexit differently, and for asking questions about the ‘oven ready’ deal that got ‘Brexit done’.

While the Conservative Party continues to adopt a provocative stance towards the EU, with briefings that they will invoke Article 16 and fight the next general election on Brexit, the Labour Party, seeking to heal divisions in its vote that were opened up by Brexit, has thus far been adopting a ‘we don’t talk about Brexit’ approach to the issue. But these figures, along with other changes in attitudes to cooperation with Europe stemming from the war in Ukraine, suggest there may be the beginnings of an opening for a new conversation around Brexit and that voters may be less keen on the antagonistic relationships that have been the hallmark of proceedings to date.

With local elections results to be pored over in the next few days, what party strategy should be in the run up to the next general election will take centre stage. While the salience of Brexit as an issue on its own may have dropped, the reverberations continue to be felt. Thus, for Labour, opportunities to talk to about Brexit and to sow seeds of doubt about just how well it has been delivered may begin to appear; while the Conservatives may find they can no longer rely on being the party that got Brexit done.

By Paula Surridge, deputy director of UK in a Changing Europe