The Exiting the European Union Committee 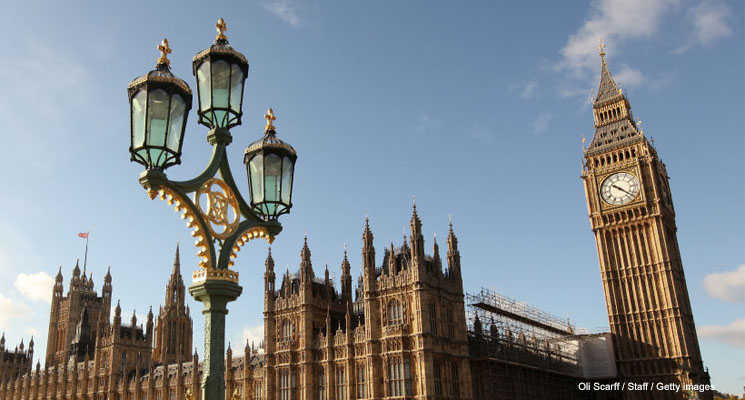 Now that the Withdrawal Agreement has entered into force and the UK has left the European Union, it is a good moment to pause and reflect on the experience of the House of Commons Committee on Exiting the EU, which I chair.

Since its original establishment in the autumn of 2016, how did it contribute to the wider Brexit process?

The Committee’s main areas of enquiry (the government’s Brexit negotiating objectives, the progress of the negotiations and the legislative path to implementing a Withdrawal Agreement) were set with a likely course of events in mind.

Others will debate the extent to which the Committee’s work helped to shape the narrative surrounding Brexit, but I think we did shed light on a hugely complex process, and the choices that it presented the country, which will touch all our lives and shape our politics for years to come.

And of course, it also underlines the critical role that parliament played as events unfolded after the 2016 referendum.

Published in December 2017, the Committee’s second report examined the key areas of contention as the UK and EU negotiators continued to wrestle with the terms of withdrawal: the rights of citizens (people who have worked hard, paid taxes, integrated, raised families and put down roots), the financial settlement, and, most acutely, the implications of Brexit for the island of Ireland.

Our visit to Armagh, to take evidence and see the border where people and goods pass freely across thanks to the Good Friday Agreement, was very important.

And it informed the conclusions of our report in which we pointed out the impossibility of maintaining an open border at the same time as leaving the Customs Union and the Single Market.

Back in Westminster, we asked questions about the government’s objectives, and the economic analysis that underpinned them.

Following a humble address agreed by the Commons – formally, a petition to the Queen – which called for the government to make public its Brexit impact assessments, the Committee published material from government ‘sectoral analysis’ documents.

It subsequently held a memorable evidence session on their contents with then-Secretary of State David Davis in December 2017.

When the negotiations were ultimately given the green light to move on to the second phase, many detailed questions about the UK’s future relationship with the EU remained unclear.

As 2018 unfolded, the Committee continued to press the case for more clarity, more certainty, and an acceptance that ultimately, trade-offs would be required if we were to depart in an orderly fashion.

In March 2018, the first draft Withdrawal Agreement was published. The following month, the Committee outlined a series of tests by which any agreement on the future relationship should be judged.

These ranged from the need for the border on the island of Ireland to remain open, with no physical infrastructure or checks of any kind, to continued UK participation in EU agencies and research programmes.

As I argued at the time, the 15 tests represented a high bar but were based on the then-Prime Minister’s vision for our future outside the EU and the assertion that any new deal would be at least as good as the status quo.

In the end, of course, Theresa May’s Chequers plan disintegrated in the face of vociferous internal and external opposition, and parliament rejected her Withdrawal Agreement and Political Declaration on three separate occasions.

Even a committee with as broad a range of views on Brexit as ours was unanimous in its verdict, published in December 2018, that the documents offered only uncertainty, not clarity.

The sequence of failed attempts to secure approval that then followed, in a parliament with no government majority, was therefore pretty inevitable.

As the March 2019 deadline drew ever closer, the threat of a ‘no deal’ departure became increasingly real.

The Committee’s call for a series of indicative votes to establish parliament’s view on a set of options complemented our January warning that a so-called ‘managed no deal’ was unrealistic and could not constitute the policy of any responsible government.

The decision by the EU27 to agree to an extension until the end of October, preventing a ‘no deal’ departure on 12 April, saw a call made in our March report granted.

But despite having averted the damage of no deal at the eleventh hour, the government continued to set its collective face against any serious reassessment of its red lines.

Our work leading up to the summer recess was therefore focused on two key things: the negative consequences of ‘no deal’ for a host of the UK’s key economic sectors, and analysing the various proposals aimed at breaking the parliamentary impasse.

The August leak of the ‘Operation Yellowhammer’ documents, and subsequent appearance before the Committee by Michael Gove to discuss their contents, did little to assuage our concerns.

What unfolded in the final quarter of 2019 has been widely examined elsewhere.

The sheer speed at which events took place – combined with parliament’s sidelining at various points in the process that ultimately led to what was widely dubbed a ‘flextension’, and the general political turmoil – undoubtedly affected the Committee’s contribution in the run-up to the decisive European Council in October.

Our final session, fittingly, sought to both assess recent events and examine their possible consequences.

Moreover, although the December 2019 election result did bring to an end the first stage of Brexit, we now move on to the next bit – the future relationship negotiations.

Looking back at the transcript of that final evidence session, my closing words were ‘to be continued’. And even as the heat and light of 31 January fades into the rear-view mirror, they seem as appropriate now as they did then.

By Hilary Benn MP, chair of the committee on the future relationship with the European Union. This piece originally featured on Politics Home and also forms part of our Parliament and Brexit report.