The fog of Brexit 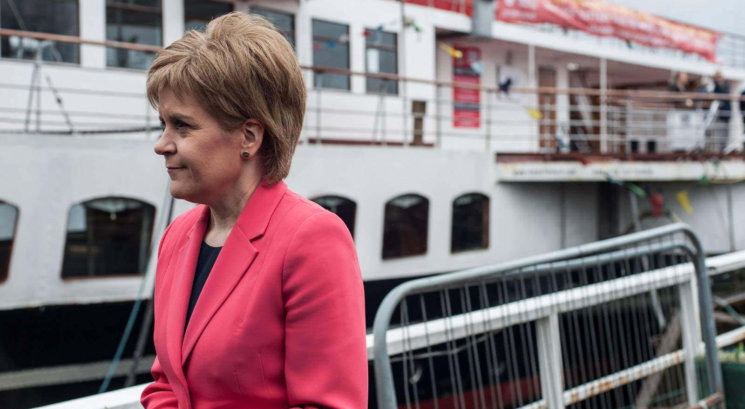 The SNP gathered for its annual conference last weekend in Glasgow’s SECC. As with the other party conferences, Brexit was a dominant theme. Ahead of the conference, Nicola Sturgeon committed to lending her MPs’ unconditional support for a new Brexit referendum, should such a proposal come before the House of Commons. But it is an altogether different referendum that matters more to the SNP.

It’s only four years since Scots decided against independence by 55%-45%. But the UK that Scots endorsed was a member-state of the EU. In the 2016 referendum that followed, Scots demonstrated their desire to see the UK stay within the EU, voting 62% in favour of Remain.

For the SNP, the UK leaving the EU against the will of the majority of Scottish voters, has created ‘a material change of circumstances’ that legitimise a new independence vote.

Among the tens of thousands of independence supporters who marched through the streets of Edinburgh the day before the SNP conference began, there is a growing sense of urgency.

By contrast, the First Minister called in her conference speech for their passion to be blended with “pragmatism, perseverance and patience”. This is recognition of some of the considerable challenges that confront independence in a context of Brexit, and the distance still to go “to persuade those not yet persuaded”.

But it may only take a modest increase to get the Yes vote past the 50% finish line. Thus, polls suggest that Brexit makes independence appear more winnable, though not yet by a margin sufficient for a naturally cautious leader to fire the referendum starting gun.

Nicola Sturgeon recognises that Brexit will shape independence. As she relayed to conference delegates, “The future relationship between the UK and the EU will determine the context in which Scotland would become independent.” She committed to update the party and the country on her own referendum plans after the current phase of Brexit negotiations is completed and “the fog of Brexit” clears.

The fog of Brexit may be with us for some time, however. Even assuming a withdrawal deal can be reached, it is doubtful whether the accompanying non-binding agreement on the future relationship will provide clarity.

Detailed discussions on what Brexit will mean over the longer term will await the next phase of negotiations. These are unlikely to begin in earnest until after the European Parliament elections and the appointment of a new Commission.

By forcing EU withdrawal against the expressed will of a clear majority of Scots, Brexit strengthens the political case for independence. But Brexit also complicates independence, particularly in light of the SNP’s enduring commitment to independence within the EU, and the UK Government’s commitment to leave the EU internal market and Customs Union. In that context, the Anglo-Scottish border would be a regulatory and customs border.

As well as the economic and technological issues that gives rise to, it also poses some almighty political challenges for independence advocates.

The independence vision presented in 2014 was predicated on both Scotland and the UK remaining within the EU. It envisaged many shared institutional, political and economic ties with the rest of the UK. This included a formal currency union, and although the party has taken tentative steps away from that proposal, it appears committed to retaining sterling at least in the short term.

The 2014 proposal also included continuity of the Common British Isles Travel Area, defence and security cooperation, a strategic energy partnership, and a common research area. Not all of these are incompatible with Scottish EU membership after Brexit, but some surely are.

The border may also loom large in any prospective negotiations over an independent Scotland’s accession to the EU. The tenacity of the Irish Government and the commitment on all sides to maintaining peace has encouraged the EU 27 to adopt a flexible approach in the efforts to ensure a soft border on the island of Ireland.

It’s not at all clear that any member state will be willing to mount a similarly robust defence of an independent Scotland’s desire to combine EU membership with a soft, open border with the rest of the UK. This is all hypothetical, of course, but hypotheticals can become very real in the midst of a referendum campaign.

On the other hand, the UK-EU negotiations may yet resolve these issues long before a new independence campaign begins. The resistance of the DUP to special status for Northern Ireland appears at least in part to be pushing the Prime Minister towards a UK-wide backstop, and a potentially open-ended EU-UK customs arrangement, pending an agreement on ‘frictionless’ trade.

At the same time, the desire to access the EU internal market is likely to push UK Governments toward maintaining broad regulatory equivalence with the EU. Together, these measures could reduce the political and economic significance of the border between Scotland and England, even in the event of an independent Scotland becoming an EU member state while the rest of the UK stayed out. How ironic that DUP intransigence may inadvertently aid the case for Scottish independence!

By Nicola McEwen, Brexit research leader at The UK in a Changing Europe and Co-Director of the Centre on Constitutional Change.