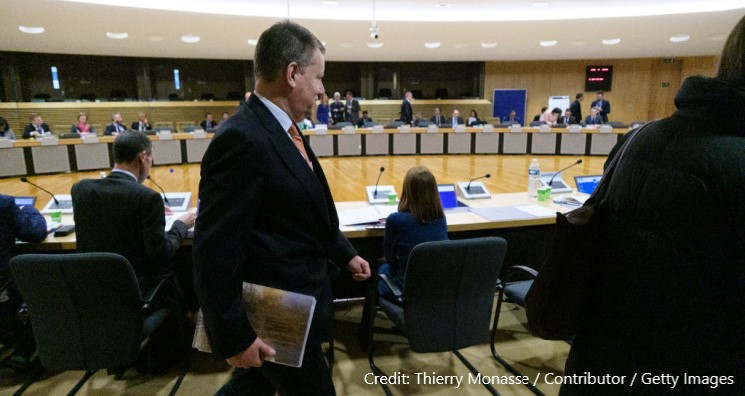 After the drought, the deluge. In short order this week, the British government produced long-anticipated texts relating to its Future Relationship with the EU, the implementation of the Northern Ireland Protocol, and its plan for trade tariffs, while also pushing its immigration bill into the legislative machine of Parliament.

Of course, such a coincidence of timing can be just that: the Future Relationship texts have been around for well over a month, and shared with the European Commission, but with a strict embargo on their sharing with anyone else, including the EU member states on whose behalf the Commission negotiates.

However, such a slew of text does point towards something rather more determined than a simple diary clash.

Firstly and perhaps most importantly, all of this Brexit-related work serves to underline that the UK is still focused on its stated policy to move on to a new relationship with the EU, having left the organisation back in January and currently in a transitional period until the end of this year.

The passing of the peak of Covid-19 infections and deaths – or at least the first peak – and the subsequent first steps in relaxing the lockdown is an opportunity to show that past promises haven’t been forgotten and that the Brexit show is still on the road.

And that matters to a government that has placed a lot of emphasis on following through on its commitments: “get Brexit done” was not merely an exigent slogan for the December 2019 general election, but a programme of government.

With much more than half an eye on the next election, Number 10 wants to show voters that even one of the most disruptive shocks imaginable is not going to derail the schedule.

Secondly, this pile of documents serves to set up the much more imminent discussion that the British government is going to be having with the Commission about extension of that schedule.

Notwithstanding the complete lack of examples of concluding a similar agreement in such a short timeframe, the indisposition of many of the key negotiators on both sides through illness, and the less-than-optimal nature of video-conferenced negotiating, the UK has been unswerving in its line that transition must end at its originally-planned date of 31 December.

To the charge that it had failed to provide the detailed text that might make such a timeline possible, the government is now able to cast a hand across all the clauses and annexes it considers necessary to get to where it wants to be next January.

That matters for the extension debate, which has to be concluded by the end of June.

At the very least, it allows the UK members of the Joint Committee – which will decide such things – to argue that the UK is not the party that needs more time. Whether that means closing down the debate straight away, or presenting an extension as a way of helping out the EU remains to be seen.

But what is clear already now is that this will not be a smooth ride, as evidenced by the robustness of the letters exchanged between lead negotiators this week.

It is only thirdly that these texts matter as substantive contributions to the negotiations themselves.

The tariffs and the immigration bill demonstrate that the UK is working on its future life away from the EU, while the Protocol implementation – while brief on details – shows that the government is making the necessary efforts to follow through on previous commitments.

That follow-through is important because it signals that the rhetoric of British politics is not necessarily the same as the substance, and that the UK can be trusted to do what it signs up to in any future agreements.

But the core texts – the drafts of that Future Relationship – still sit a very long way from a package that is going to be acceptable to the EU.

Of course, the converse is true too: the EU’s draft, produced back in March, was dismissed at the time by London. And both sides have engaged in degrees of cherry-picking pieces from existing agreements that suit their respective purposes.

As will be recalled from the Article 50 process, the key next step is the generation of joint text. How much that can be done is hard to judge when even the most basic of questions lacks an answer.

For example, the UK wants a raft of separate agreements while the EU would rather a single document; the former sets much more strict limits on future amendment than the latter.

What is clear from this week is that presentation of the process matters to the UK at least as much as the substance. That might actually allow for some more flexibility on terms, if Number 10 feels it can control the communication.

But equally it might mean that any impression of compromise will be anathema, which in turn will make a non-agreement on either extension or a Future Relationship considerably more likely.

By Simon Usherwood, Professor of Politics at the University of Surrey.