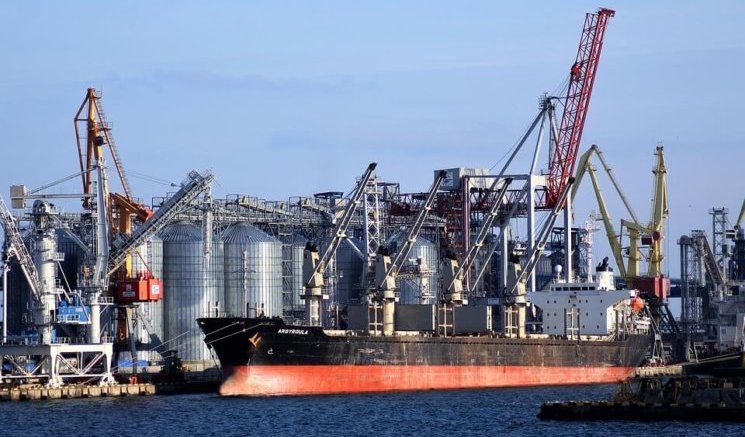 With the clock ticking on the countdown to Brexit day, news reports suggest that the Prime Minister’s Cabinet is deeply divided over the form and structure of the future UK-EU trade relationship.

A key Cabinet committee meeting ended on the evening of 2 May 2018 with reports that six Ministers, a slight majority, rejected the Prime Minister’s preferred plan, a `customs partnership’ in which the UK would collect tariff revenue for the EU, in favour of an alternative customs plan that would rely on a technological solution to minimise the time at border crossings. This means that the government must go back to the drawing board to refine and redevelop its proposal for the future trade relationship.

In her Mansion House speech of 2 March 2018, Theresa May proposed a `customs partnership’ as an option for the future UK-EU trade relationship. A customs partnership would represent a new and unique type of trading arrangement for the world trading system. The proposed arrangement appears to be an effort to find a pragmatic way to achieve three policy objectives that are jointly incompatible under standard trade agreements.

Namely, the government would like to: (1) conduct an independent trade policy with non-EU countries post-Brexit, (2) maintain an open border with Ireland, and (3) minimise the disruption and time costs associated with customs checks at all UK-EU borders for UK firms whose supply chains are deeply integrated with EU partners.

In this blog we outline what a customs partnership entails and discuss criteria to assess this proposed option.

What is a customs partnership?

The proposed customs partnership is essentially a free trade agreement (FTA) between the UK and EU, where the UK assumes additional responsibilities to implement EU customs practices in order to facilitate an open border for UK-EU trade.

There are different ways in which customs processing could be managed, but one idea is that the UK would collect EU external tariffs at the border on all goods. After those tariffs are collected, if the goods that came into the UK went on to be consumed in the European Union, the UK would transfer the tariff revenue to the EU.

This system could, in theory, eliminate the need for customs processes between the UK and EU and, hence, remove the need for a hard customs border, in particular between the Republic of Ireland and Northern Ireland.

An alternative way to implement the proposed customs partnership would involve the UK only collecting EU import tariffs on goods intended for ultimate sale in the EU. This option would necessitate a technological tracking system to ensure goods intended for the EU actually reach their destination.

How should we evaluate this proposal?

Three questions about the customs partnership (and all proposed future trade agreements) can aid us in assessing its value: Is it logistically feasible? How costly is the proposed system? Is this system desirable?

The logistical feasibility of a customs partnership is unknown as it has never been implemented anywhere in the world to the best of our knowledge. Middle and low-income countries have managed similar systems whereby they collect import duties at the border and rebate them when goods are exported, but these types of duty-drawback schemes are simpler to operate because the rebate is issued when the goods cross a border.

The proposed scheme could be logistically feasible for businesses as a significant number of businesses trading between the UK and EU do already track and report their trade for all goods.

UK businesses with high values of imports or exports traded between the UK and EU are required to report detailed online monthly reports on each disaggregated product that the business trades with the EU as part of the existing Intrastat data reporting system.

This reporting scheme currently accounts for over 93% of UK exports to the EU and, theoretically, could be adapted to incorporate the administrative requirements of the customs partnership.

However, the customs partnership would create new bureaucratic and administrative costs for UK businesses. If the UK lowers its import tariffs below the level set by the EU, UK businesses would have to provide documentary evidence regarding the ultimate consumption location of their purchased imports in order to take advantage of the lower UK tariffs. The government has not yet presented estimates of the magnitude of these administrative and compliance costs for businesses.

This leads into the economic question of whether the net benefits to UK firms and consumers of the customs partnership exceed the net benefits of alternative policy options. One advantage of the customs partnership over forming a new customs union with the EU is that it gives the UK the option to negotiate free trade agreements with third countries.

However, if the administrative costs to firms of proving they are eligible for reduced tariffs under a third country FTA exceed the value of the taxes saved, then the value of the customs partnership could be limited. This might explain why some members of the Prime Minister’s party have expressed opposition to this proposal.

They might worry that a customs partnership would impinge upon the UK’s ability to negotiate future trade agreements with third countries – the UK market may appear less attractive to potential third country partners if increased trade access is only through a complex bureaucratic system with uncertainty over the collection and rebate of duties.

Is a customs partnership a sustainable solution?

The sustainability of the customs partnership depends on the long-term regulatory divergence of the UK and EU. The customs partnership is only feasible if the UK and the EU have similar enough regulation that both are satisfied to freely exchange goods. However, the EU may not be willing to accept mutual recognition of standards. Problems could arise in the future if the UK wants to establish a standard for a product that is incompatible with EU regulations.

For many products, regulatory divergence is unlikely to be a significant problem, as many multinational manufacturers already produce products to the highest standards in order to comply with multiple regulations around the globe.

The customs partnership would however be incompatible with possible long-term objectives for the UK to import food or agricultural products from third countries, such as the US, that are not currently imported into the EU. Divergence in accepted regulatory standards for production would necessitate border checks and violate the aims of the customs partnership.

The customs partnership is an innovative and potentially practical solution to achieve the UK government’s aims of an independent trade policy and keeping UK-EU borders open. It is not however a perfect solution. The proposal could significantly increase administrative costs for small businesses to import from third countries and export to the EU relative to a customs union.

At the end of this period, the customs partnership could include a review clause where the UK and EU could reassess whether future regulatory divergence is desired and whether technological solutions could be implemented to facilitate such regulatory divergence whilst still keeping borders open.

By Dr Meredith Crowley, Brexit research leader at The UK in a Changing Europe and Lecturer in international trade and trade policy at the University of Cambridge and Oliver Exton, doctoral student at Cambridge University.