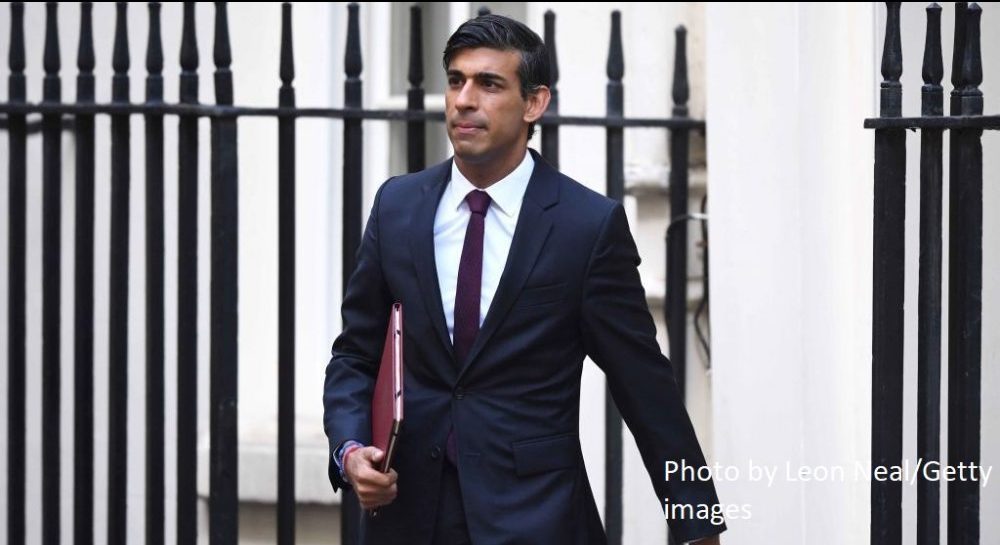 No Chancellor has ever had to present a budget forecast like the one Rishi Sunak unveiled  in his spending review statement in Parliament yesterday – a fall of 11.3% in 2020-21, followed by a rebound in the next two years of 5.5% and then 6.6%. As a result, borrowing this year will reach £400bn, almost a fifth of annual output.

These were not his or his department’s forecasts for the budget. They were from the independent Office for Budget Responsibility – George Osborne’s institutional legacy.

It was established as one of the Coalition Government’s first acts and was designed to give UK budget forecasts external credibility after years when Chancellors tended to be overoptimistic. The OBR has not always been right (no forecaster is) but it has now become entrenched.

The Chancellor was willing to come clean on the impacts of Covid-19 on the economy, although whether he is so enthusiastic about the charts the OBR also produced showing the UK’s performance on the economy and public health impacts compared to our European neighbours is less clear.

But as striking was his unwillingness to mention Brexit in his budget statement. This is now an established pattern. The ‘B-word’, and Britain’s new relationship with the EU, were also notably missing from his October party conference speech.

Despite the end of the transition being just over five weeks away, the Chancellor failed to mention this once in his assessment of the economic prospects for the years to come.

Fortunately, the OBR was not so hesitant. One big advantage of having an independent budget forecaster rather than a department that presents its forecasts to the Chancellor who then decides what to publish (which was the system before the OBR was established) is that it has no need to hold back.

So the OBR reminded us that it had already assumed, in its March forecast, that a deal along the lines the Government is seeking to conclude would mean long-run GDP would be four per cent lower than it would have been had the UK remained in the European Union.

How does that compare to Covid-19? In its central scenario, the OBR’s forecast is that there will be permanent ‘scarring’ of three per cent. If, as seems far more likely than a few weeks ago, vaccines are rolled out successfully, output could return more or less to its pre-pandemic path.

In other words, the OBR expects the long-run impact of Johnson’s deal to be considerably bigger than Covid-19, even if the short-run impacts are much less dramatic – very much echoing the Governor of the Bank of England earlier this week. Yet the Chancellor thought he could avoid mentioning it at all.

Alongside that, the OBR added in its estimate of the impact of failing to conclude a deal. It forecast an additional upfront two per cent hit to GDP in 2021 from leaving the EU with no deal at the end of the year.

Over time, the UK would recover some of that, but the impact of trading with the EU on what the Government likes to call ‘Australian’ terms would be an additional 1.5% after five years and then back to two per cent in the long term.

This is broadly in line with other external forecasts, including the those of the UK in a Changing Europe  – and indeed with earlier analysis published by Theresa May’s Government.

It confirms the view that the long-term hit from a no-deal Brexit, with significant new barriers to trade with the EU – whether that is deal or no deal – is bigger than the long-term impact of the pandemic.

And then there’s the more direct impacts on people’s day-to-day lives. The OBR expects a temporary, additional effect on unemployment from a no-deal Brexit. It reckons this would add 0.9 percentage points to the peak unemployment rate of 7.4% in July-September next year, or around a further 300,000 jobs.

Prices would also be higher. Mostly, this is an effect of greater barriers to trade that would push up price levels next year by one per cent. That would be increased further if no deal triggered the further fall in the value of sterling expected by the OBR.

Some have suggested that one of the benefits of a no-deal Brexit is that those tariffs will provide the Exchequer with a slug of revenue, at the expense of UK consumers who would be paying higher prices in the shops (the ultimate stealth tax).

But the OBR notes that the projected £6bn in additional annual tariff revenue is more than offset by the impact on revenues from the reduction in GDP and so borrowing would be higher by some £11-12bn in the next three years.

Just as importantly, at least politically, the OBR also debunks the notion that the impacts of a no-deal Brexit will be lost in the noise of the pandemic.

It points out that the sectors that have been hardest hit by the public health restrictions necessitated by Covid-19 are non-tradable face-to-face services such as hospitality, transport and entertainment, while those hit by Brexit, especially a no-deal Brexit, are the big trade-intensive sectors of manufacturing, financial services and mining and quarrying.

All these figures and analysis are buried in the voluminous OBR documentation that accompanies the Chancellor’s statement. That may be one reason why MPs did not pick up on them in the questions that followed the statement.

But one of the rules of all Government economic statements is that the critical test is not what the immediate reaction is – the Treasury can usually control that – but the way in which the debate plays out over subsequent days, both in the media and in Parliament itself.

There will be sessions to come where the Treasury Select Committee will quiz the Chancellor and his officials about the prospects for the economy.

They, like he, will be mesmerised by the mind-boggling impacts of Covid-19. But the OBR has performed a significant public service – and justified its existence – by forcing the Government and Parliament to confront the implications of its decisions on Brexit.

The Treasury seems to have taken a back seat in whatever debates are going on in Government about the shape of a Brexit deal or no deal since the election.

But the OBR has reminded us that almost all economists, including the Government’s own independent advisers, believe that Brexit will make the task of recovering from the economic impact of Covid-19 far harder. It would be good if the Chancellor’s inquisitors could ask him if he shares that analysis.

By Jill Rutter, Senior Research Fellow at the UK in a Changing Europe