The general election and IndyRef2 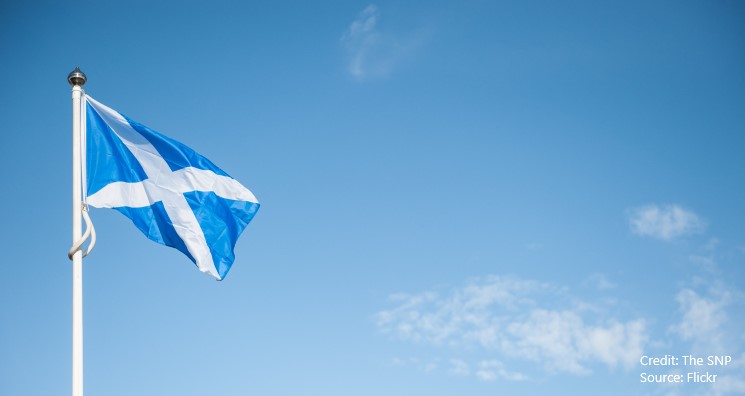 Once again, Scotland and England have diverged sharply in their electoral choices. Campaigns in both focused on Brexit, but in Scotland equal prominence was given to the prospect of a second referendum on independence.

In 2014, Scots voted by 55 per cent to remain in the United Kingdom, after a campaign in which both sides shared the wish to stay in the European Union.

Two years later, Scotland voted by 62 per cent to Remain in the EU. The Leave vote in England and Wales, however, meant that Scotland was constitutionally obliged to follow.

The initial response of the SNP-led Scottish government was to suggest a new independence referendum in order to remain in Europe.

The gambit, however, backfired as it turned out that some 30 per cent of pro-independence and of SNP voters had backed Leave.

In fact, in spite of the logic of the SNP argument, that Europe makes independence easier, most electors had never made the connection.

Although citizens in Scotland had been less eurosceptic than those in England for years, it was not the SNP or pro-independence voters who made the difference. Supporters of all parties in Scotland were less Eurosceptic, but particularly Labour voters.

Analysis of the vote by the British Election Study showed that, cross-tabulating the Yes/No vote in 2014 and the Leave/ Remain vote in 2016, there was no majority for any combination.

Nor were most Scots ready for yet a third constitutional referendum after the turbulence of 2014 and 2016.

On the back of this, the Scottish Conservative Party made a remarkable, if modest, revival in the general election of 2017, winning 13 seats out of 59.

Already foreshadowed in the Scottish elections of 2016, this made the Conservatives Scotland’s second party, overtaking Labour. The basis of their campaign was simple – no to a second referendum.

Accusing the SNP of being obsessed with independence, the Scottish Conservatives talked of almost nothing else.

Since 2017, however, matters have begun to change.

The SNP, unlike the UK Labour Party, made little effort to straddle the Leave/ Remain divide and seems to lost have many of its Leave voters to the Conservatives or (initially) UKIP/the Brexit party.

Instead, it doubled down on a strategy of Remain (joining the alliance for second Brexit referendum) and independence (through another referendum).

The Scottish Conservatives doubled down on a strategy of No to a second independence referendum and Yes to Brexit, a much less popular combination.

Scottish Labour, for its part, lined up behind a second Brexit referendum but the electors do not seem to have noticed, being more away of Jeremy Corbyn’s vacillation on the matter. Labour were equally unclear on whether or under circumstances they might accept a second independence vote.

The outcome was a big win for the SNP, which gained 45 per cent of the vote and 48 seats, while the Conservatives fell to 25 per cent and lost six of their thirteen seats.

The SNP immediately demanded an independence referendum for 2020. This is unlikely.

In the first place, a new referendum would require longer to prepare, given the need for legislation, a campaign, and agreement on the rules of engagement, which includes a role for the Electoral Commission. Secondly, there is no guarantee of victory.

Polls in recent months have shown support for independence at around 50 per cent although one before the election suggested it was down below 45 per cent. In contrast to 2016, polls have shown a small majority of Remain voters supporting independence.

It may be that Scots are sorting themselves into Independence/Remain and Union/Leave camps but the alignment is far from perfect. Labour has been badly squeezed on both dimensions.

Yet this does not provide a springboard for an independence campaign. It is true that the polls moved significantly during the 2014 campaign, but the extra five per cent needed to win could be a lot more difficult.

While the established convention in UK referendums is that 50 per cent plus one is enough, politically this would leave the country divided.

The third obstacle is the need for Westminster’s consent for a referendum.

The Scottish government has made it clear that it has no desire to follow the Catalan route of a unilateral referendum.

The UK government would not, unlike the Spanish one, send the police in to stop people voting but the unionist side could simply boycott and ignore the whole thing.

The Scottish Parliament (which has a pro-independence majority) could try to pass a referendum bill and wait for the UK to take it to the Supreme Court.

There, the Scottish government could present a lot of historical argument about the nature of the Union, say that the referendum was only consultative or hope that the Court would look to the precedent of the Supreme Court of Canada some years ago.

The Canadian court had ruled that, while Quebec had no right, under the Canadian constitution, to secede, if there was a clear vote on a clear question then the Canadian government would be obliged to negotiate in good faith.

Given the attitude of the UK Supreme Court to the constitution, however, it is difficult to see this succeeding.

This means that the issue will be settled politically. Nobody wants to be the Prime Minister who lost Scotland or presided over the dissolution of the United Kingdom.

Public opinion in England however, may be less rigid. Surveys have shown that almost half of English voters are content to leave the matter to the Scots, with many of the rest having no opinion.

There appears to be little appetite for coercing Scotland, should Scotland really want to leave.

Polls have also shown a majority of Leave voters in England prepared to lose both Scotland and Northern Ireland if that is the price of Brexit. Around a fifth of English voters (presumably English nationalists) would actually like Scotland to leave the UK.

None of this is conclusive, but it does show how Brexit has reinforced centrifugal trends across the United Kingdom.