The German Council presidency and Brexit 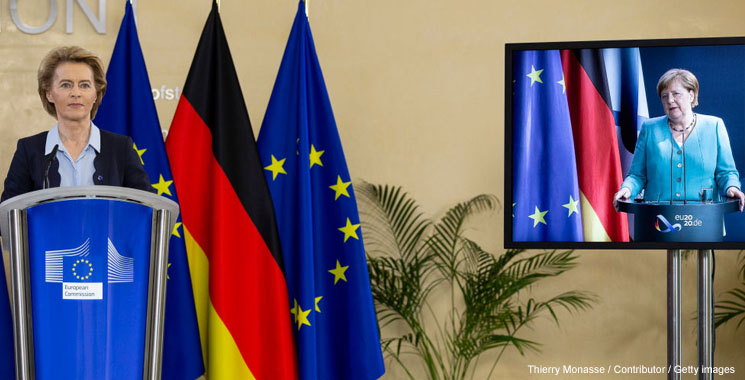 On 1 July, Germany took over the rotating presidency of the Council of the EU at a time when the coronavirus confronts the bloc – in Angela Merkel’s words – with the greatest challenge in its history.

As if that was not enough, Germany’s six months at the helm of the Council also come at a critical time for the EU-UK negotiations about their post-Brexit relationship, which will determine if a trade agreement will be in place by the end of the transition period.

The German presidency will thus be a crisis presidency, and many observers place high hopes in Germany’s ability to steer the EU towards calmer waters.

These hopes extend beyond the pandemic and include expectations that the German presidency will help unlock EU-UK talks. Similar to early assumptions on the part of the UK government back in 2016 that Germany will be an important ally in securing a trade agreement with the EU, such expectations rest on Germany’s economic interests and its influence within the EU. Now as then, however, these expectations are overblown and will likely be disappointed.

It is probably true that no other country would be better placed than Germany to assume the Council presidency at this critical juncture.

Germany is the most powerful of the remaining EU member states, and they look to it for leadership at times of crisis; see, for example, Germany’s last presidency in the first half of 2007 which is credited with pulling the EU out of its constitutional crisis and paving the way for the 2009 Lisbon Treaty.

Domestically, meanwhile, Germany’s coalition government, under the leadership of Angela Merkel, has found new momentum and popularity in its widely-praised handling of the pandemic.

As the longest-serving current EU head of government, Chancellor Merkel has earned a strong personal reputation among her European peers as a pragmatic and influential deal-maker.

In this sense the German presidency is indeed a happy coincidence. Still, there are three reasons to doubt that it will make a significant difference in EU-UK post-Brexit negotiations.

First, the presidency plays no institutional role in EU-UK negotiations. The Lisbon Treaty has significantly reduced the influence that holding the presidency brings, in particular by creating the separate position of President of the European Council, currently held by Charles Michel, which will be the arena in which the crunch talks about any EU-UK agreement will ultimately take place.

Moreover, the EU member states have delegated the responsibility for the day-to-day negotiations with the UK to the European Commission and its chief negotiator, Michel Barnier.

The German government strongly supports this division of labour, not least to forestall UK attempts to divide the EU27, and thus to insulate itself from bilateral UK approaches.

While Germany, and other member states, have been critical in agreeing the Commission’s negotiating mandate, the German government has always been clear, including to UK negotiators, that talks on the EU side are led by Brussels, not Berlin.

In other words, there is little the German presidency can do to shape a European consensus around an EU-UK agreement that Germany could not already have done as a large and influential EU member state before its presidency.

Second, the German presidency faces a particularly overcrowded agenda, and the Brexit negotiations will not be Germany’s first priority.

Rather, Germany’s programme for the presidency – titled ‘Together for Europe’s Recovery’ – makes clear that the overarching focus for the German government will be to keep the EU27 united in the coronacrisis, and to foster EU solidarity in overcoming the consequences of the pandemic.

As an essential part of this, most of the bandwidth of the presidency, at least until after the summer, will be required to secure agreement on the EU’s multiannual financial framework, including a controversial €750 billion recovery instrument to strengthen the single market.

While German officials expect the EU-UK negotiations to move higher up the presidency’s agenda in the autumn, the window for high-level talks in the European Council to secure an agreement by October – which would be necessary to get the agreement ratified by the end of the year – will be uncomfortably narrow.

Third, Germany’s main interest in the EU-UK negotiations is to maintain EU27 unity and to defend the integrity of the single market.

While it remains the position of the German government that it prefers an agreement with the UK to no agreement, this has always been under the proviso that an agreement must in no way undermine or weaken the EU.

It has been a common misconception of the German approach to expect that Germany’s interests as a major export-oriented economy would make it amenable to special trading arrangements with the UK even if they compromise key principles of the single market.

In contrast, there is a broad domestic consensus in Germany across all major parties – and including the car industry – that Germany’s overwhelming long-term political and economic interests lie in the single market and the stability of the EU, which are seen to greatly outweigh the economic benefits from any EU-UK trade agreement.

In fact, Germany has used its diplomatic clout throughout the Brexit process precisely to maintain a common EU27 line and to prevent any UK cherry-picking.

If anything, the pandemic has heightened Germany’s concerns about EU survival and has further hardened its approach to Brexit. As it assumes the Council presidency, the view of the German government on the EU-UK negotiations is that the ball is in the UK’s court and that the scope for agreement depends on movement in the UK’s position.

It is important to note that none of the above is meant to suggest that it will be impossible for the EU and the UK to come to a last-minute agreement.

Some recent reports speculate that they might. If they do, however, it will have had little to do with the German presidency.