The German elections and Brexit 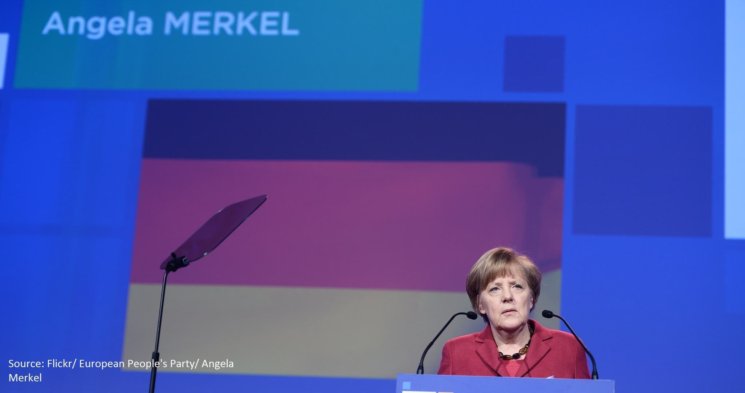 The 2017 German election campaign has been unusually uncontroversial (some would call it boring). The most plausible explanation is that despite major challenges looming on the horizon (such as rising inequality or the need to modernize infrastructure), Germany at present is by and large a well-off country.

It has falling unemployment, no major crises and is under the pragmatic and centrist leadership of Chancellor Angela Merkel. Apart from the far left and the populist right, the opposition parties find it difficult to produce a substantially different vision to the current coalition of Christian Democrats and Social Democrats. Brexit or future relations with the UK are not among the topics of this electoral campaign.

This lack of distinctive alternatives and the widespread feeling of continuity is even more pronounced in relation to the EU. In the last fifty years, major revisions of EU Treaties have been adopted with parliamentary majorities of around 80 per cent. Deep and enduring cleavages over the EU are unknown in Germany.

The heated debates during the Eurozone crisis and the refugee crisis were mostly debates about which policy the EU should adopt and not about the EU in general. The rising discontent about the EU more generally mostly translates into votes for the populist right. Although it has made the pro-EU majority of Christian Democrats, Social Democrats, Greens and Liberals rhetorically more reluctant to undertake major steps towards further integration, this seems to change at present.

The only doubtful party are the Liberals who are in an existential fight for re-entry into the federal parliament and who already had a controversial intra-party referendum on the European Stability Mechanism (won by the supporters of the ESM). But the view among the huge pro-EU majority is that the EU has to be defended for Germany’s own sake. For the first time in many years, one could see pro-EU election posters on the streets. If the present coalition continues and social-democratic candidate Martin Schulz, former president of the European Parliament, assumes a major role, the government’s position will not become more eurosceptic.

One cannot stress enough the differences in perception and importance of Brexit between Germany and the UK. For the UK, this is a major and divisive issue which will keep the government busy for the coming years and change the entire country. For Germany, this is not a salient or controversial domestic issue and very few expect any serious impact.

Debates about hard and soft Brexit, Norwegian or Swiss models, customs union or common market, and the role of the European Court of Justice have no resonance outside expert circles (who also believe that it takes two to conclude a treaty). Brexit is only a topic for elite media.

The consensus view among the political and media elite seems to be pity for the chaos and irrationality in British politics. The numerous fans of Harry Potter are reminded of how Voldemort’s curse on Harry backfired. For a trading state like Germany it is difficult to see why another trading state would voluntarily forego the benefits of a large market and to transform itself from a major decision-maker into a decision-taker.

There is some concern among business but the general attitude seems to be clear: It is sad to see the UK go but the costs will be higher for the UK than for the EU, and keeping the EU together and stable is more important than losses for some economic sectors.

The major and divisive EU-related issues in Germany are fundamentally different from British priorities: the Euro and the refugees, and increasingly the rise of authoritarianism in Eastern Europe, at the German border. Whereas Brexit was and is a (strange) foreign policy drama, most people had at least some contact with the one million refugees Germany accepted in 2015-16, and all followed extensive reporting in all media.

The Euro is even more salient as we all have it in our pockets and use it for our savings. As the UK has never been a part of the Eurozone or of the Schengen area, it has hardly played any role in the decisive and salient issues of German EU policy of the last decade. The names of the main non-German players were Draghi, Juncker, Orbán, Renzi, Varoufakis and Zipras, not Cameron or May. Brexit has not changed anything here – only Frankfurt is eager to get as many jobs as possible from banks leaving London.

Making the Eurozone and the entire EU more stable is thus a top priority of any future German government, and there is a widespread belief that after Emmanuel Macron’s victory in France, there is a now a window of opportunity that should not be missed. This is what in old-fashioned language could be described as a German national interest.

Brexit and the future relations to the UK are at best important side issue. For these reasons, one should not expect a major change of the German position towards the phasing and the substance of the negotiations between the EU and the UK.

By Markus Jachtenfuchs, Professor at the Hertie School of Governance, Berlin.